Bouncing straight back after being relegated from the Premier League is not an easy thing to do. Norwich and Teemu Pukki, however, seem to be making light work of it.

With an extremely healthy gap over second and third in the Championship with 10 games to go, the Canaries look well set to bounce back from last season's disappointing relegation. In doing so they would become the first side in four years to earn an instant return via automatic promotion.

It wasn't the easiest of starts to the campaign. Norwich won just one in their first four, and Pukki got just two in his first eight. But they hit the top in mid-November and haven't been displaced since, and he now sits on 21 goals for the campaign, with seven of those coming in a February flurry that saw him named Sky Bet Championship Player of the Month.

"It wasn't an easy beginning, but we grew a lot as a team and it's been a good season so far," Pukki tells Sky Sports.

"We are in a good position at the moment, but we know there's a lot of work to do to get to where we want to be, which is the Premier League again. We're focusing every day on doing our best, and hopefully we can keep this good run going.

How to watch midweek Championship games on Sky Sports

Here is how you can watch midweek Championship matches live across Sky Sports this week.

"I had some small injuries [at the start of the season] and I was struggling a little, but the last few months have been great, and I feel really good on the pitch. We're also playing good football, which helps my job. I know the guys will create chances for me to score."

Speaking of creating chances, Pukki has enjoyed a fine relationship with Emi Buendia since they both arrived at Carrow Road in 2018, and together they are spearheading Norwich to another promotion.

Buendia has assisted seven of Pukki's goals this season, and the admiration he has for his Argentine team-mate is clear.

"He's probably the best kind of partner I've ever had on a football pitch," says Pukki. "We talk a lot, but mostly he knows what I'm doing and I know what he's doing, which makes it so much easier. I know if I make runs that he'll always find me.

"He's an unbelievable player and I enjoy playing with him a lot."

He certainly helped Pukki recover from the goal-scoring slump he endured at the end of last season. The Finn scored 11 in the Premier League, but not a single one came after the end of January.

Were they to return, Pukki, now 30, feels he and the club have a point to prove that they belong in the top flight.

"It's the best league in the world, so obviously we want to play there, and want to stay there," he says. "I think me and the club have something to prove. We want to prove we are good enough for that level.

"But that's for next season if we do the work this year." 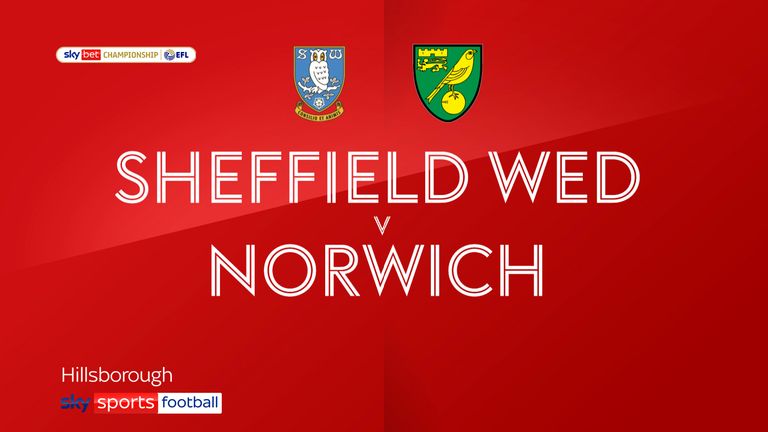 There is a feeling that this is a very different Norwich side to the one that last won promotion. They have already collected seven more points at the same stage, and have been far more controlled in how they have gone about their business. Their goal difference remains the same after 36 games (+27), but they have scored and conceded 19 fewer, and kept four more clean sheets.

Some of the games may be slightly less dramatic, but Daniel Farke seems to be preparing them to be more ruthless and resilient this time around. And Pukki believes they will be ready to make more of an impact on the top flight - should they get the job done.

"It's hard to say [what went wrong last time]," he says. "I think we were good enough when we went up, but we had some setbacks and we just couldn't reach those levels again after a good start.

"I'd say we are more prepared now. We have one year more experience in the team and we've brought in some really good new players.

"We will be prepared, but we are not there yet. We're in a good position, but there are still a lot of points to play for. There is still a lot of work to do to get there."

Pukki has more than just the potential of another promotion to look forward to this summer. All being well he will be spearheading Finland's attack at Euro 2020, their first ever major tournament.

"I'm so excited and I can't wait to play those games," he says. "It's the biggest dream of my career to go to a major tournament with Finland. It's been a dream for all Finnish football people everywhere, and we finally did it for the first time ever.

"It means so much, and it's been a long time coming. We've been close a couple of times before that but never quite did it. You could see what it meant to Finland when we qualified, because pretty much the whole country went crazy. It was a massive party.

"I have a personal history in Denmark and they are our first group game, so I'm really looking forward to that. But all the games will be really exciting. The aim is to get out of the group and then see what happens at the next stage. That's the target."

If all goes according to plan then it could be a dream few months to come for the Finn.