Leicester City manager Claude Puel says it is important they keep Harry Maguire amid Manchester United's interest in the defender.

Sky Sports News understands United are preparing a bid for the England international before the Premier League transfer window closes on Thursday.

They believe they will have to pay a world-record fee for a defender to secure Maguire, although Leicester insist they have no intention of selling.

Puel says Maguire has to stay at the King Power Stadium, particularly after the Foxes lost star man Riyad Mahrez to Manchester City earlier in the window.

"For me it's good for Leicester to keep a valuable player, and it's important to show good ambition for the next season," Puel told Sky Sports News.

"I can understand some speculation about our player because he has good attributes, but I am happy to keep him and hopefully start a great season. 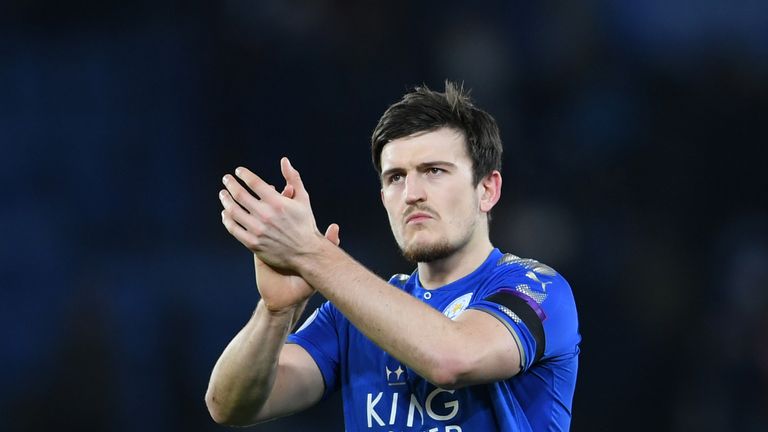 Schmeichel: This is Maguire's decade

"We lost Riyad Mahrez, who was a very good player for us. After Riyad it was important to keep our players and add some good players to strengthen the team."

Maguire earned rave reviews for his performances for England during this summer's World Cup as he helped his country to the semi-finals, but they came as no surprise to his Leicester team-mates.

The 25-year-old won the club's players' player of the year award, and goalkeeper Kasper Schmeichel heaped praise upon his shoulders.

"He's got every attribute you could possibly want in a defender. He's an exceptional football player. Harry can go as far as he wants. With his work ethic and his attitude, I've got no doubt he's going to kick on this season."