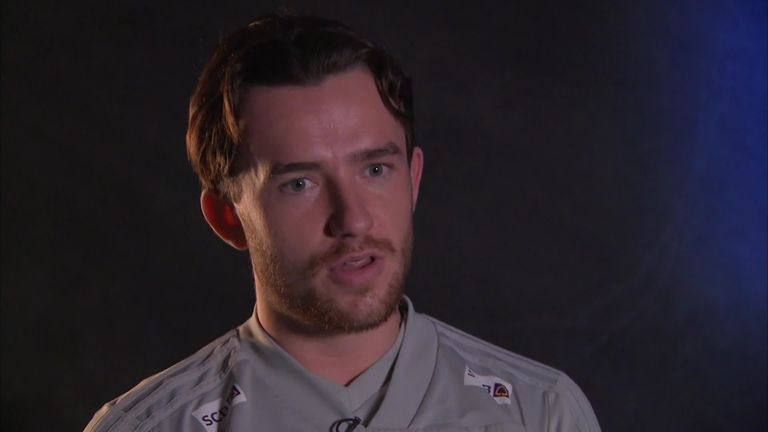 Ben Chilwell has described new Leicester manager Brendan Rodgers as "one of the biggest managers in the world" and says young players such as himself are more likely to stay at the club following his arrival.

Rodgers left Celtic on Tuesday in order to replace Claude Puel, who was sacked on Sunday after leading the Foxes to just three wins in 15 games.

Several of Leicester's players have reportedly attracted interest from members of the Premier League's top six clubs - including Chilwell, who Manchester City are said to be keen to sign - but the left-back says Rodgers' arrival lessens the likelihood of departures from the King Power Stadium.

He told Sky Sports News: "You look at the young players that he's brought through and the way they've become some of the best players in the world.

"Yesterday I bumped into him in the corridor and he was pointing out things in my game he felt he could improve. That's music to my ears.

"He could have stayed in Scotland and won trophies, but he's come here because he believes in the squad. He thinks over the next few years we can be challenging in Europe, and he can improve us.

"There's no reason why any of us should move on. I've never seen it so energetic around here. Everyone's happy to see one of the biggest managers in the world coming to the club."

Puel left Leicester following a 4-1 home defeat to Crystal Palace, who lie below them in the Premier League, although he did guide the Foxes to wins over Chelsea and Manchester City in December.

Chilwell revealed Rodgers has told Leicester's players how he wants to change their style of play, and the 22 year old admitted Puel's tactics contributed to their struggles against smaller sides.

"He [Rodgers] wants training to be intense all the time," said Rodgers. "Not that Claude didn't, but he was a lot more tactical.

"Something he wants to introduce is playing with the ball and pressing high up the pitch. He's only been here a few days, but you can already see what his ambitions are.

"This season we've been better against the bigger teams because it suits us to sit in and counter attack.

"We've struggled against the lesser teams when we've had a lot more possession, because maybe it's been a bit too slow. It hasn't been intense and probably quite easy to play against.

"Breaking them down hasn't really been our strong point this season but hopefully, with a new manager coming in, he can really freshen things up."