Leicester City have confirmed the signing of midfielder Youri Tielemans from Monaco for a club-record £35m on a four-year deal.

His performances alerted a number of other top clubs, in the Premier League and Europe, but Leicester have worked hard to secure him on a permanent deal with Rodgers making him his top transfer target. 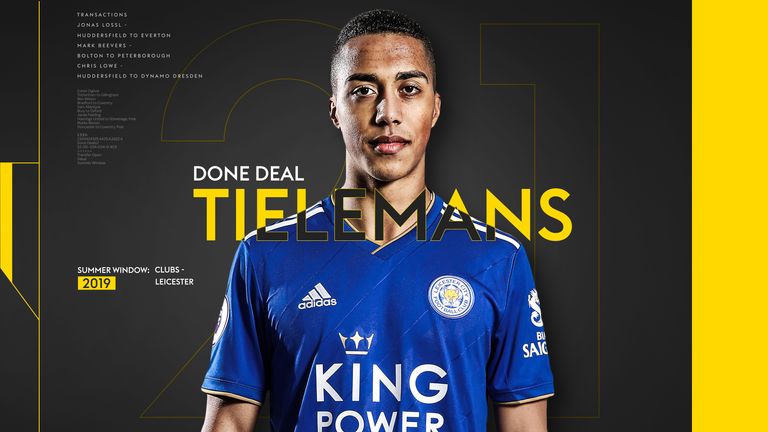 With Tielemans signing for Leicester, we take a look at some of his best moments from last season

Sky Sports News also previously reported Tielemans had made it clear Leicester was his preferred destination, even though it was suggested Manchester United might come in for him if Paul Pogba left Old Trafford this summer.

The 22-year-old is Brendan Rodgers' third signing of the summer following full-back James Justin's arrival from Luton and Ayoze Perez joining from Newcastle for £30m.

The Belgium international will now join up with the squad in France for a pre-season training camp.