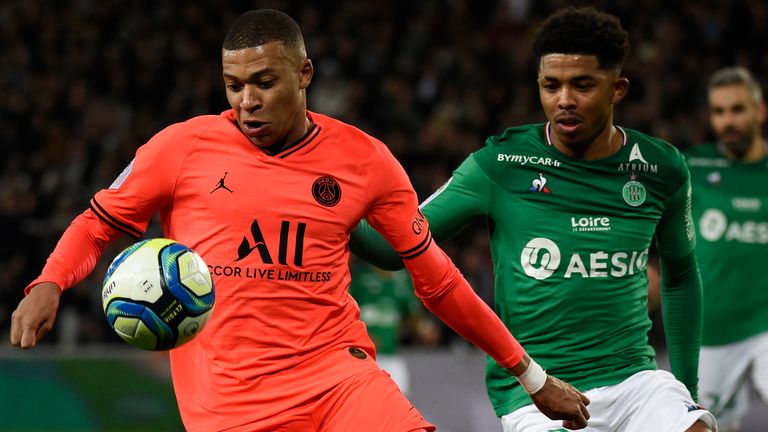 Leicester are in talks with St Etienne over a deal for central defender Wesley Fofana.

The 19-year-old was left out of the St Etienne squad to play Nantes on Sunday evening, having previously been named by manager Claude Puel in the original larger group that travelled to Nantes.

Fofana, who made 24 appearances for St Etienne in a breakthrough campaign last year, has been vocal on social media of his desire to move to Leicester.

Leicester manager Brendan Rodgers has refused to comment publicly on his interest in Fofana, but Sky Sports News has been told negotiations with the French club are progressing.

St Etienne originally wanted £25m for Fofana, significantly beyond what Leicester are willing to pay to bring him to the King Power Stadium.

A structured deal appears most likely, potentially starting with a loan with an option to buy at the end of the season.

Leicester's priority in the transfer market remains a centre-back and they have not given up on signing Burnley's James Tarkowski.

Sky Sports News has been told that the two clubs have been in regular contact but remain apart on their valuations of the 27-year-old.

West Ham are also keen to sign Tarkowski and have had three offers turned down by Burnley.