James Maddison has not played for Leicester since February 21 because of a hip injury; the England midfielder returned to full training during the international window; watch Leicester City vs Man City live on Sky Sports Premier League on Saturday from 5pm 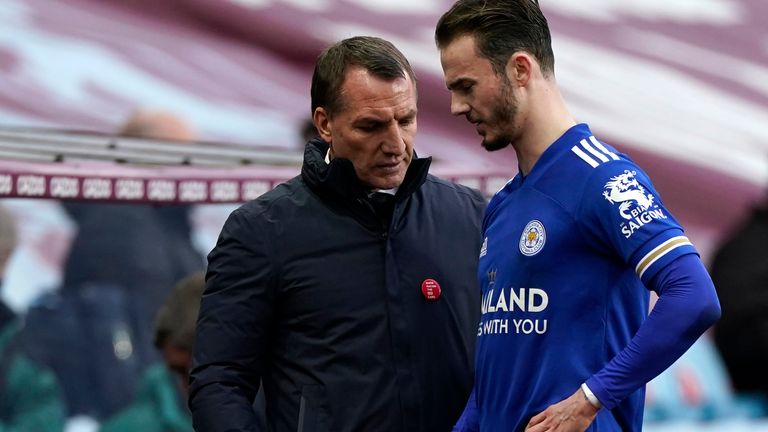 Leicester boss Brendan Rodgers will welcome James Maddison back into his squad for Saturday's match against Manchester City.

Maddison has been sidelined since February with a hip injury but returned to full training during an international window when he would otherwise have hoped to be turning out for England.

"It's great news for us," Rodgers said. "Clearly he's not 100 per cent match fit but in terms of his football fitness, he looks great.

"In the last few weeks, he's been working with the players we've had available and he's stepped that up.

"He's not reporting any pain and he looks great. Hopefully he can stay fit until the end of the season." 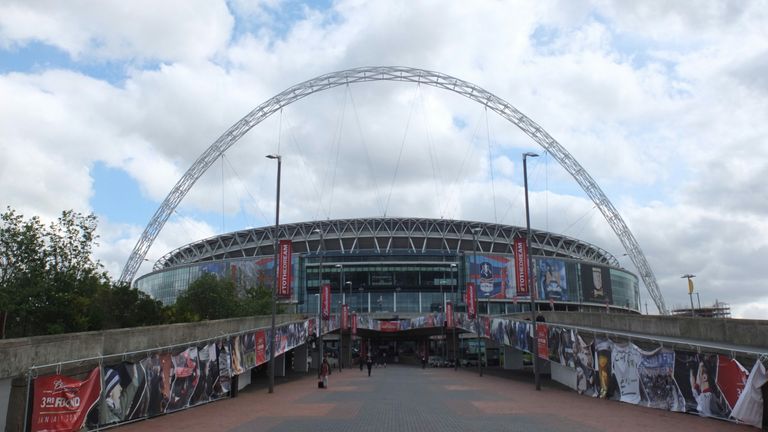 Maddison will offer Rodgers a significant extra option at a time when Jamie Vardy and Kelechi Iheanacho have combined well in attack, and Rodgers would not be drawn on how he might line up in a match where he expects Leicester to see limited amounts of the ball.

"The most important thing is his availability," Rodgers said. "Then we look at what strategy we use. Ayoze (Perez) has been outstanding in the last few games in a role that suits his strength and running and also the mindset.

"But whatever strategy we bring into the game, I know the players I choose will give their all."

Leicester beat Manchester City 5-2 back in September, part of a poor start to City's campaign that left Pep Guardiola's side languishing in mid-table.

But a run of 21 straight wins in all competitions helped them build a 14-point cushion at the top of the table and Rodgers is sure his side will be facing the champions this weekend.

"I don't think there's any doubt they will go on and win the league," he said. "We of course want to make it as difficult as possible, but their level of consistency over a long period this season sees them out in front and if they go on and win it they will be very deserving. 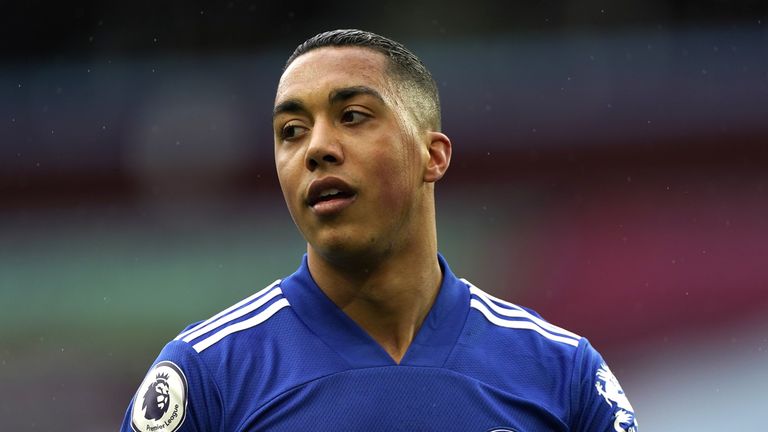 Leicester's remarkable win at the Etihad back in September came with the aid of three penalties as the City defence - missing both John Stones and Aymeric Laporte with Ruben Dias yet to sign at the time - crumbled after Riyad Mahrez struck against his former club.

"For a number of the goals, we pressed them and forced mistakes and got the ball back," Rodgers said. "You know your possession is not going to be as much as it normally would be, but when you do have the ball you have to play with quality.

"What we did that day, we were efficient and ruthless in our finishing. When we got the opportunities with the penalties, we scored them, and all round it was how you would want to play in terms of getting a result in that level of game." 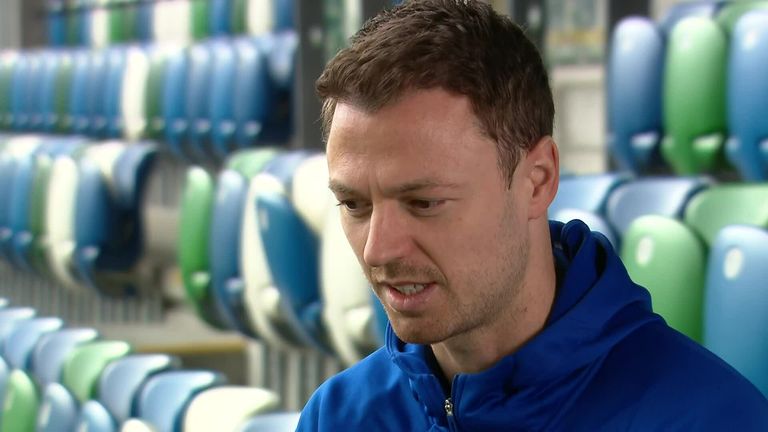 It was the first of several good results over the so-called 'Big Six' for Leicester, who have taken six points from eight games against City, Liverpool, Manchester United, Chelsea, Tottenham and Arsenal this season to keep their push for Champions League football on course.

They go into the weekend six points better off than fifth-placed West Ham, but Rodgers is not setting his side a points target at this stage.

"We just look to the next game," he said. "The players have been brilliant in keeping their focus and playing very well.

"We just go into each game. Let's see where we are after the 30th game, but we want to at least be in that top four."