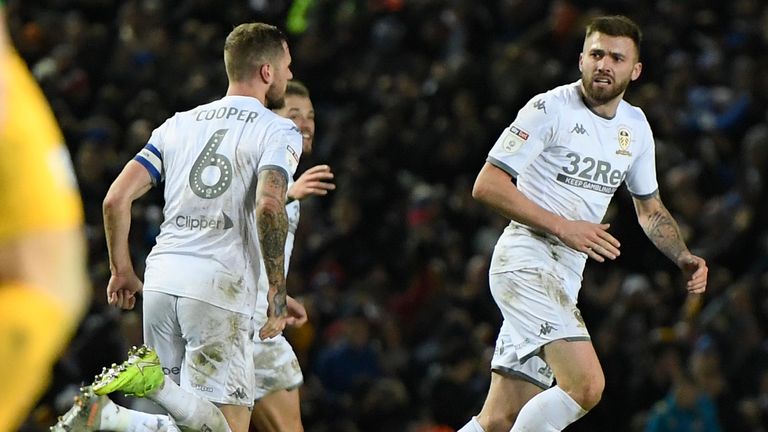 Leeds winger Stuart Dallas says he was "more than happy" to take a wage deferral to keep others in a job.

It was revealed last week that the club's players, coaching staff and senior management team had volunteered to take a wage deferral "for the foreseeable future".

The move has since enabled all 272 full-time non-football employees as well as the majority of casual staff at the club to continue to be paid.

Speaking exclusively to Sky Sports News, Dallas said: "It's not just about us, it's a world crisis. We're all in this together and if everyone pulls together then we'll get through it. But as players it was the first thing we wanted to do."

Leeds are currently top of the Sky Bet Championship, seven points clear of third-placed Fulham, and Dallas admits not knowing when football will return is difficult, but says there are more important things right now.

"Football has to take a back-seat, but we have to put the work in now and be ready for when the time comes," he added.

"We have to focus on the end goal and that is ultimately promotion for us so we have to be ready."

The players are training from home and have been given an individual programme to follow, and Dallas says it is crucial the squad remain professional.

"The club have been good and given us everything we need to keep our fitness levels up," he said.

"It's difficult training by yourself but we have to make sure we're in the best possible shape for when football does return."

Dallas has started all 37 games for Leeds in the Championship this season, but the Northern Ireland international admits, that by following the government advice and staying at home during this Coronavirus crisis, he has managed to develop some new skills.

"I've found myself doing a lot more housework, although I'm probably not the best at it," he said.

"And spending time with the kids which is important because their world has been turned upside down.

"We have to keep them happy and smiling."