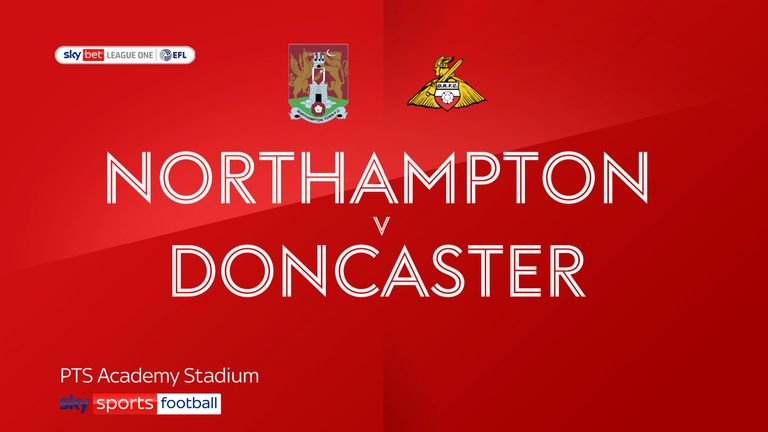 Doncaster returned to winning ways with a comfortable 2-0 victory at 10-man Northampton.

The Cobblers had a mountain to climb following Shaun McWilliams' early red card, and goals from Tyreece John-Jules and Joe Wright meant the 1,000 returning home supporters were given little to cheer.

Ben Whiteman and Harry Smith exchanged long-range efforts but the game's big moment came after only 18 minutes when McWilliams was given his marching orders for a reckless challenge on Reece James.

Doncaster proceeded to dominate possession and while they struggled to create many clear chances, they were handed the opening goal in the 36th minute. Mark Marshall lost possession and John-Jules nipped in before dinking over Steve Arnold.

Arnold saved from James in first-half stoppage-time but Rovers scored their second just short of the hour-mark through Wright, who headed in James' cross.

John-Jules stung the palms of Arnold before the Northampton goalkeeper pulled off a fine penalty stop from Whiteman late on, but the result was never in doubt.