Maupay had already served one game of two-match suspension after his red card at Wolves on May 9; Striker will miss final game of season at Arsenal after additional ban for abuse towards referee John Moss

Brighton striker Neal Maupay is banned for the final two games of the season after being issued with an additional one-match suspension following his red card at Wolves.

He was fined £25,000 for admitting a charge of using abusive, insulting and improper language towards a match official.

The striker was sent off after the final whistle for being abusive towards referee John Moss following his side's 2-1 defeat on May 9 and received a two-match ban for that incident. 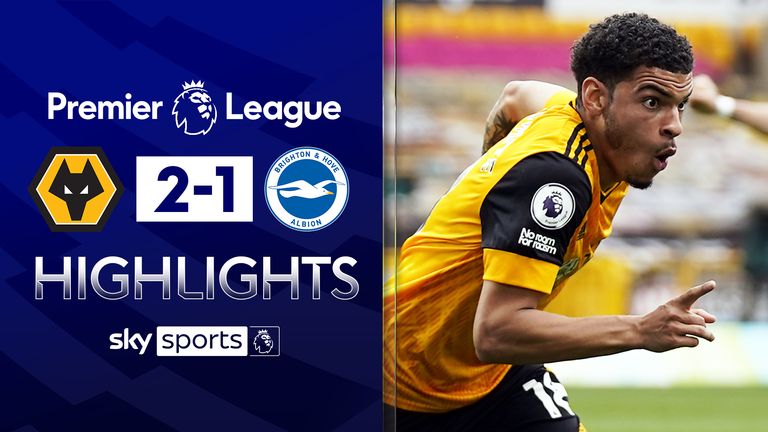 FREE TO WATCH: Highlights from Wolves' win over Brighton in the Premier League

He sat out Saturday's game against West Ham, and was ruled out for Tuesday's match with Manchester City, but was due to return to contention for the trip to Arsenal on the closing day of the campaign.

He will now be banned for the game at the Emirates Stadium.

"Brighton and Hove Albion FC's Neal Maupay has been suspended for one match and fined £25,000 after admitting a charge for a breach of FA rule E3 following their fixture against Wolverhampton Wanderers FC in the Premier League on Sunday 9 May 2021," an FA statement read.

"The forward accepted that his language and behaviour was abusive, insulting and improper following his dismissal.

"This fine and suspension are in addition to the automatic two-match suspension applied as a result of Neal Maupay's dismissal at full time of this fixture and he will be suspended for Brighton & Hove Albion FC's next two fixtures."

Seagulls boss Graham Potter said last week he was concerned that the number of suspensions this season had led to a negative impact on his squad.

Maupay and captain Lewis Dunk were both sent off at Molineux and those two dismissals mean Brighton have had six red cards so far this season - more than any other top-flight club.