Transfer news: Brighton confirm signing of Marc Cucurella from Getafe on contract until 2026

Brighton have signed Marc Cucurella from Getafe for an undisclosed fee; the 23-year-old wide player has signed a five-year deal with the Premier League club; he becomes Brighton's third signing of the summer after arrivals of Enock Mwepu and Kjell Scherpen

Marc Cucurella has completed his move to Brighton from La Liga side Getafe on a contract until June 2026, subject to international clearance.

The 23-year-old can play as either a left-back or wing-back and arrives after Brighton triggered his £15.4m (€18m) release clause, becoming the club's third summer signing after Enock Mwepu and Kjell Scherpen.

A product of Espanyol's youth system, Cucurella joined city rivals Barcelona in 2012 before loan spells with Eibar and Getafe, who he joined on a permanent basis in 2020.

Discussing the player's move to the Amex, Brighton head coach Graham Potter said: "We have been keen to bring Marc to the club, and we are really pleased to finally welcome him here and are excited to begin working with him.

"He has had a fantastic education in the youth teams at Barcelona and he has gone onto make a real impression in La Liga and within the national set up. He is a versatile player, and he will add competition and options to the squad."

Capped once by Spain, Cucurella played 75 La Liga games across two seasons in Getafe and was also part of the Spain squad that won silver at Tokyo 2020.

He could be in line to make his Brighton debut after the international break at Brentford on September 11. 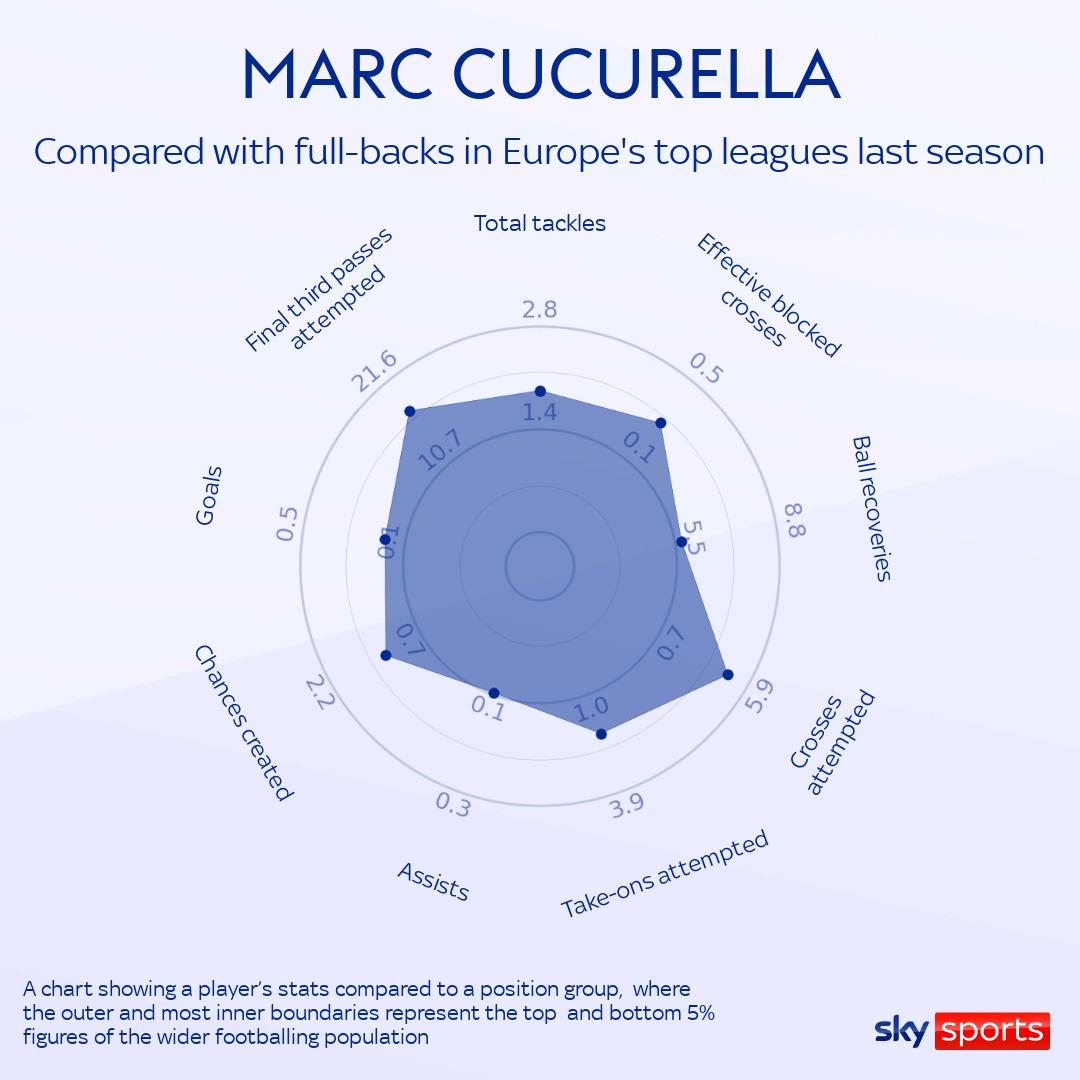