Arnaut Danjuma tells Sky Sports News 'togetherness is key' in the fight against racism; Bournemouth forward was abused on social media last month; Danjuma also talks about his international future and the battle for promotion to the Premier League 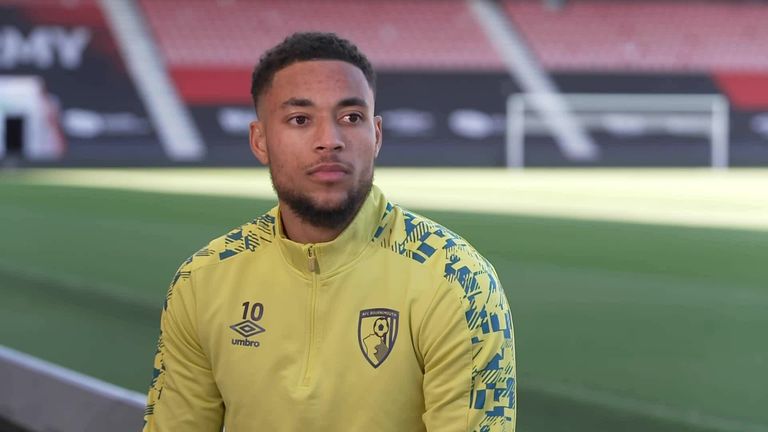 Bournemouth forward Arnaut Danjuma believes "togetherness is key" in the fight against racism but thinks social media companies can still do more to stop online abuse.

Danjuma was sent Islamophobic abuse on social media last month after confirming he will continue to take a knee at matches.

He was sent the abuse on Instagram following the release of an interview with Sky Sports News, in which he expressed his frustration with those who believe the pre-match anti-racism gesture has lost its impact. 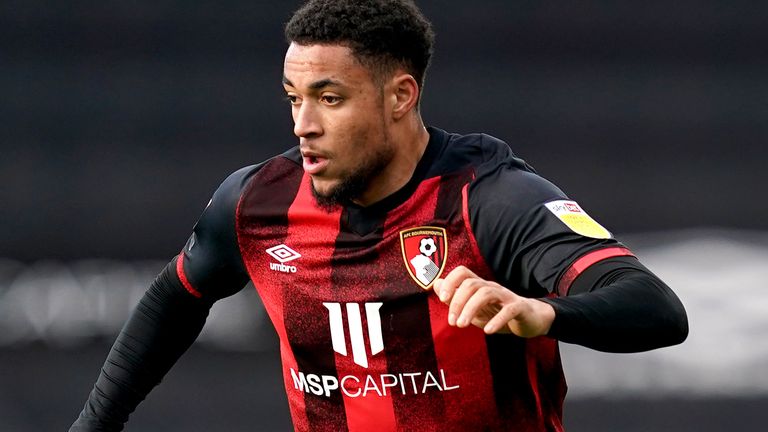 Speaking to Sky Sports News last month, Danjuma explains why he continues to take a knee before matches

The majority of Bournemouth's players have stopped taking a knee before games after the club released a statement in February saying they felt the gesture had "run its course".

Danjuma says that while his club have continued to support him, social media companies must still do more to tackle online racism.

Speaking to Sky Sports News for the first time since he was sent the abuse, he said: "The club has backed me massively and I think in general just in football, togetherness is key.

"If you really want to kick something out of football, you can make it happen. Especially me being a black Muslim, I think it's always good to be a voice for those who don't have a sound, so I'll always fight and stand up for what's right.

"I think the penalties are nowhere near as harsh as they should be and I think there should be a lot more sanctions for abuse. Until the restrictions become a lot tighter I don't see it happening any less."

In recent weeks a number of players, including former Arsenal striker Thierry Henry, have quit online platforms over a lack of action from technology companies. So too have clubs like Swansea City, Birmingham City and Rangers.

In response, Instagram says it empathises with footballers and clubs taking part in social media boycotts, and has now announced the rollout of a new tool that it hopes will combat online abuse. Working with anti-discrimination charities, the online platform has developed a predefined list of offensive terms and emojis.

If a direct message contains harmful content it will be filtered, so that a user does not have to view it. The feature, which needs to be activated, will be rolled out in a variety of countries in the coming weeks. 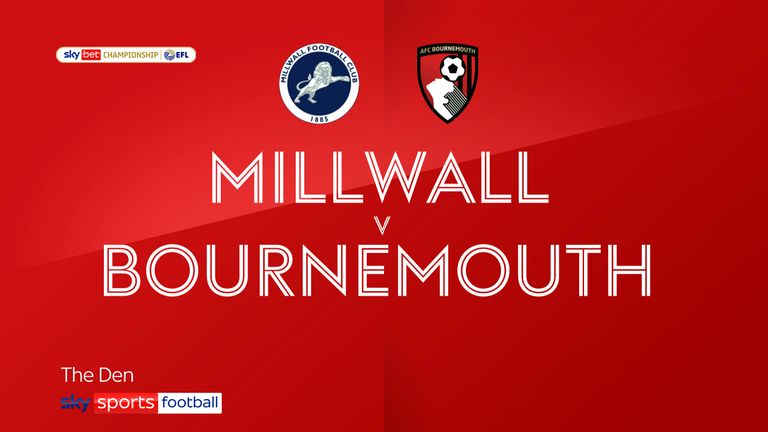 'Represent Nigeria? I'll think about it'

Danjuma also spoke about matters on the pitch and says he will think about his international future with the Netherlands after this summer's European Championship, amid reports he is ready to represent Nigeria instead.

The 24-year-old, who was born in Lagos to a Dutch father and Nigerian mother, has represented the Netherlands at youth level and featured twice for the senior side.

However, a new rule approved by FIFA in September means players can switch nations if they have played no more than three competitive games before turning 21. 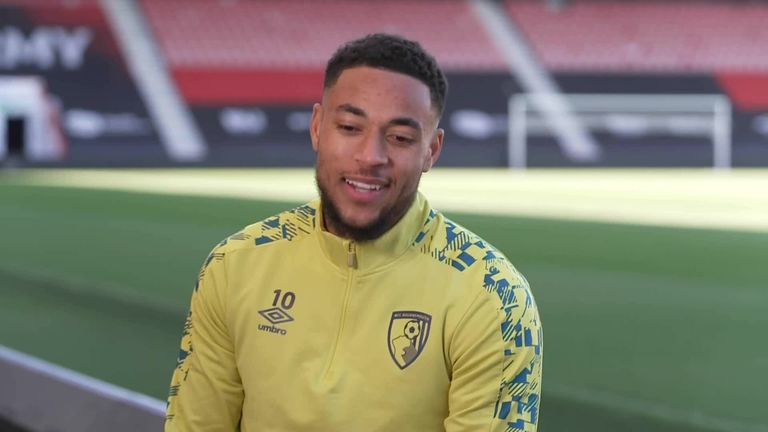 Danjuma hinted he could consider his international future if he is not recalled to the Dutch senior side soon.

"Theoretically I've played for the Netherlands already so I should stay there, but I'm very ambitious and I always want to prove myself at the highest level both for my club and internationally," he said.

"I'll just see what happens after the Euros and I'll have a further think about it then.

"Tim Krul, the goalkeeper from Norwich, got called up so I still feel that they are looking to the Championship, but then again playing in the Premier League always gives you a bit of a head start.

Danjuma: I want to prove myself in PL

Danjuma has scored 15 goals at club level this season as Bournemouth look to return to the Premier League at the first time of asking.

The Cherries are third in the Championship and are certain of a play-off position with just three games of the campaign remaining. They face fifth-placed Brentford on Saturday, live on Sky Sports.

Danjuma made 14 appearances in the Premier League last term but could not help his side avoid relegation and admits he still has something to prove at the top level. 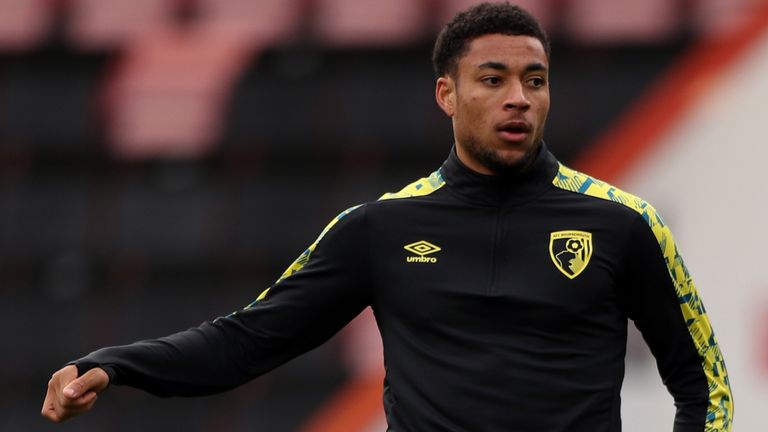 "Definitely, I still feel there's a huge part of me that wants to prove myself in the Premier League," he said.

"I was very unfortunate last season with a couple of injuries, but I bounced back this season straight away. I'm playing two games a week in one of the toughest leagues in the world.

"I think it's good for me, not only to prove to the rest of the world but more to myself as well that I'm capable of performing week in week out."

On whether he would consider leaving Bournemouth this summer should they not achieve promotion, Danjuma added: "My main objective is getting back with Bournemouth to the Premier League, but then again I'm a very ambitious athlete.

"Whenever something crosses my path that will have a positive effect on my career, I'll always consider it, but at the moment getting back to the Premier League with Bournemouth is the main thing for me and where all my focus is."