Arnaut Danjuma scored the only goal of the game in the first leg at the Vitality Stadium on Monday as Bournemouth aim to make an immediate return to the Premier League.

Woodgate's team head to west London on Saturday with a place in the final up for grabs, but the 41-year-old feels Brentford, who finished third in the table and 10 points above the Cherries this season, are still expected to win. 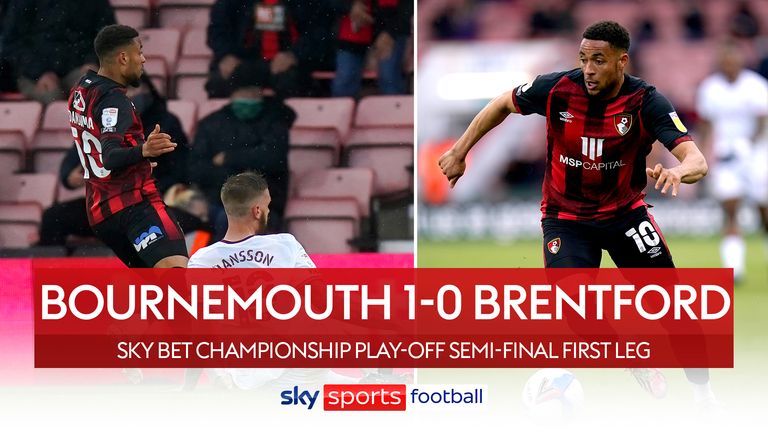 "It's a big game for the football club, first and foremost," Woodgate said at a press conference on Friday.

"I don't think about myself at all, I just think about the football club and try and get them to the next level.

"It's half-time in a monster play-off game. I think Brentford are still favourites to be honest with you.

"They really fancy it, but I know inside that dressing room I've got a really ambitious bunch, who want to get back to the next level, where they've been previously."

Bournemouth were narrowly beaten twice by Brentford during the season, 2-1 away in December and 1-0 at home last month.

Asked how his side will approach the match with a goal advantage, Woodgate said: "The mentality is to try and win the game. We don't want to sit back and try and soak the pressure up, that's not us. That's not how we play.

"We know they're going to come out and try and win the game.

"I've heard what the manager said after the game. They believe they can win the game, maybe think we're a bit scared, but let's see how the game unfolds.