League One leaders Rotherham have been doing things differently by working with a sleep expert to help find an edge that others are missing. Adam Bate caught up with James Wilson to find out more...

There are many factors in Rotherham’s rise to the top of League One.

Michael Smith's goals have been crucial of late, as have the saves of Daniel Iversen in goal. Matt Crooks and Dan Barlaser have been excellent in midfield. The financial support of Tony Stewart has been the foundation on which everything has been built. Manager Paul Warne deserves huge credit.

But it is one of Warne's more unusual innovations that has captured the imagination, highlighting the club's willingness to think outside of the box in the quest for a competitive advantage. The introduction of sleep coach James Wilson puts Rotherham at the cutting edge of an often overlooked aspect of performance. Is this how they are getting their edge?

No detail is too small for Rotherham's self-proclaimed sleep geek. Finding the optimum room temperature might seem like common sense. The body-mapping of player posture is a little bit more technical but still seems sensible if it is likely to make sleeping easier.

But taking a partner's perfume on an away trip or using the same washing powder in an attempt to recreate the comforts of home? These are the extra details that Wilson believes can make the difference between a good night's sleep and a bad one. The difference between a player performing to their maximum capacity or failing to deliver their best.

He is out to bust some of the myths about sleep.

"Sleep as a discipline is quite far behind," says Wilson. "There is research that says nine or ten hours is optimum but my worry is that this is not everyone. That message can be quite damaging. If players have been told by someone that they should be getting nine or ten hours of sleep they feel like they are failing if they are getting seven or eight.

"What I encourage them to do is think about how they feel. Do they feel ready to train the next morning? Are they recovered sufficiently? If they are, then great.

"There are so many myths about sleep, particularly in sport.

"Roger Federer has 10 hours, Serena Williams has 12. Cristiano Ronaldo sleeps five times a day. Lionel Messi has five hours and then some naps. But that doesn't make him Messi, just the same as sleeping like Ronaldo doesn't make him Ronaldo. What I would argue is that world-class athletes are very good at understanding themselves."

Wilson's aim is to help Rotherham's players understand themselves better. He works at the English Institute of Sport in Sheffield but the trips to Rotherham's training ground are frequent. It's a club he knows well. His father was on the books in the 1960s and he himself had a brief period at the club's centre of excellence as a boy.

Sleep was an issue for him back then but he doesn't blame that for not making the grade. "I think it was my lack of talent that was the problem," he says. Now he is back in another capacity. It is not how he planned it but that doesn't mean it has to be boring. There are no formal lectures or seminars. Wilson just tries to get players thinking about their sleep.

"Every couple of weeks, we meet up at the club and try stuff out," he explains. "Some of it is about breaking those myths but it is not me lecturing people on sleep. I watch training and I hang around the training ground asking them about their sleep. Because of the nature of the people I am working with, you do need to make it more relaxed and a bit more friendly.

"Lots of them have kids who don't sleep well. That is a massive impact on their lives. Others have partners who aren't sleeping well. So it's not just about the player, it is about their whole home environment. There are players who have got twins. That's hard.

"My job is to help them to understand their sleep better. Are they an owl or a lark or are they somewhere in the middle? How much sleep do they need in order to feel ready to play their best football? My job is to contribute to the player being ready."

That can involve asking straightforward questions. "Is the mattress right for your posture?" But it can also mean going to greater lengths.

So what's the thinking behind taking a partner's perfume to the hotel room?

"Making sure the digs feel like home is important and these are the emotional cues that make them feel at home," says Wilson. "With the perfume thing, the players will tell you they don't do it, until you ask them off camera when they are on their own. Then, they will admit that they do it. I think that's interesting."

Measuring the impact of these marginal gains is difficult. But other advantages are more clear-cut. Bad sleep can contribute to injury and any manager wants to avoid that.

"There are physios who are trained to look at sleep ergonomics," explains Wilson. "I have to work with the nutritionist, the travel schedule. It's not in isolation. At Rotherham, science underpins everything we do but it is also about how we apply it.

"For example, there is a bit of a problem with players sleeping on their front because this puts pressure on their neck and lower back. It stops you moving around and we encourage a bit of movement in the night. We would encourage them to sleep on their side or their back, but sometimes their pillow or mattress might not support that so we body map them.

"Injury profile is quite important to sleep posture. If they have a shoulder problem, for example. If you think about a centre-half, heading the ball is incredibly important."

These are the details that convinced Warne but perhaps the most impressive thing about the Rotherham manager is that he did not need too much convincing. Nobody, Wilson included, would suggest that the club is thriving just because of a sleep coach but it is tempting to think that the club is thriving because of a culture that embraces a sleep coach.

Interestingly, the other clubs that Wilson has worked with include Lincoln during their rise under the Cowley brothers and Sheffield United, who continue to scale new heights with Chris Wilder in charge. All share that appetite for learning that sets them apart.

"Paul Warne makes my job easy because of how the club is culturally," says Wilson. "Clubs like Lincoln and Sheffield United make it easy too. They have a culture that is open and they are aware of the importance of emotional health. Sleep supports emotional health and it helps recovery. That is why it is important to sport." 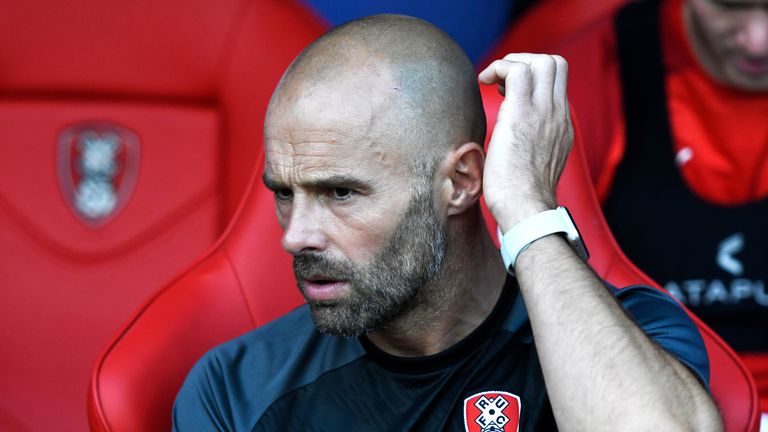 Paul Warne makes my job easy because of how the club is culturally.

So are others still missing a trick here?

"There are not many people that do what I do so I know there are still lots of clubs who are missing a trick," insists Wilson.

"My goal is to be giving good sleep advice to eight-year-olds because if we can get the good behaviours and the right knowledge to them and their parents then, they are going to find it easier when they get older. That's the long-term aim. How can we trickle this down?

"I have worked with kids in academies who are struggling with sleep because of the pressure of that academy environment and that often comes with parental pressure too.

"What is the last conversation the coach is having before they go home? What is the conversation that a parent is having with their child on the way home? Because that child is probably going to be in bed in two hours. Are we hammering them or are we keeping it positive and light-hearted? There is always time to analyse the performance the next day.

"How do we make these players feel emotionally secure? If we do that, they will sleep better. Ultimately, we need to appreciate that sleep is a little bit different to other aspects of performance like exercise and nutrition."

Warne's Rotherham appreciate that. It is why Wilson appreciates them.

"Not making it as a footballer was a disappointment," he says, "but I am proud of the work we do with limited resources. That's everyone. It is all down to how the manager sets the club up."