"I speak to him all the time," says Darren Ferguson when asked about the relationship with his dad, former Manchester United boss Sir Alex.

"He watches us, I pick his brains after and we are constantly in touch, as you would expect. Not just always about football, but in terms of the footballing things, maybe when things aren't going so well, he's a great person to ask for advice."Arguably, things have never been the same since Ferguson Sr left Old Trafford in 2013, but for Peterborough, it's been a relatively prosperous campaign so far, so much so that his son scooped the October League One Manager of the Month award.

Three wins and two draws saw Posh - the highest scorers in the entire top four divisions of English football with 39 - reach top spot for the first time this season, but in truth, the outlook for the club could have been a lot different had he not returned for a third spell at the Weston Homes Stadium.

"When I was asked to come back, initially, it was on a short-term basis until the end of the season, which suited me and probably suited the chairman [Darragh MacAnthony] at the time," Ferguson tells Sky Sports.

"We've got a great relationship and always have done ever since I first came. In the three times I've been here, there have been ups and downs and there will continue to be ups and downs, but we're very honest with each other and I think that's the most important part of the relationship in the sense that it's not always telling each other "well done", there can be a lot of constructive criticism.

"Once I got my feet under the table and established what direction the club wanted to go in, in terms of the structure of the football club with its three owners now; getting to know them and having a relationship with them was important. Getting to know their plans and visions for the training ground and the youth. It was an absolute no-brainer.

"The club is in a very strong position. And the one main attraction for this club, for me, is that the expectation and ambition is to get in the Championship and maintain it. They've done it before and it doesn't mean it's going to be easy to do it again but I feel that ambition alone is always there and not all League One clubs can say that.

"I think there is [unfinished business in the Championship]. I've said all along in my management career that I don't feel I've managed in there long enough for my own liking. I feel that it's a league I should be managing in and should've been managing in a lot more."

On the whole, the Peterborough squad have been going about helping their manager achieve those long-held ambitions in a rampant manner, though the 'curse' that appears to strike Manager of the Month winners is in play at present, with Blackpool and Shrewsbury condemning them to back-to-back league defeats.

They host Stevenage in an FA Cup first-round replay on Tuesday, and have the chance to set things right on Saturday as Burton travel to Cambridgeshire. But even though they boast a lofty league position of fourth, Ferguson is adamant that there's room for improvement.

He said: "I would probably say it's been satisfactory, no more than that. We've done OK. There's areas that we definitely need to improve on, certainly, our away form needs to be better. There's a lot of room for improvement in this group. 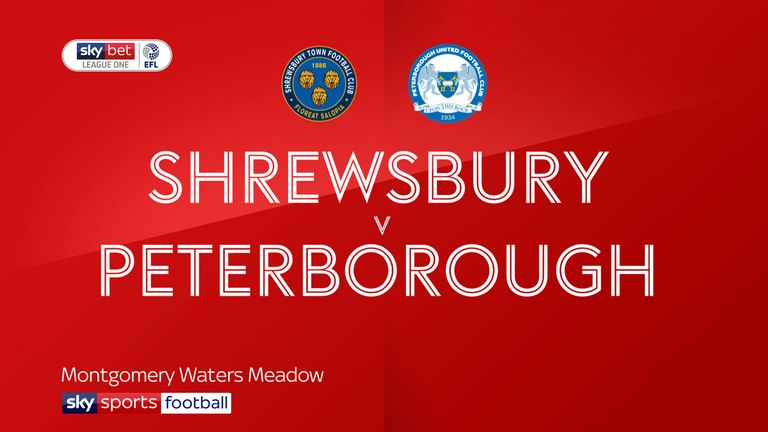 "It's a brand new team and there were so many changes in the summer so it takes a little bit of time, but the one big positive has been not just winning games, but the goals we've scored. We're playing exciting football, scoring a lot of goals and that's always good fun for the fans to see.

"I feel that a hard part of being a manager and setting a team up is scoring goals and we certainly seem to have found a way of doing that. We need to improve, there's no doubt about that. But how far we go, you don't know. There's going to be a lot of teams challenging, we just have to hope we are in the mix when it really matters."

Nevertheless, the 47-year-old made it clear that the potent attacking trio of Marcus Maddison, Ivan Toney and Mo Eisa would be key to any success for the club in 2019/20.

"Clearly there's been a lot of very good individual goals, we've scored a lot of goals from counter-attacks, which we work on a lot. It's finding out as a manager how to get those three players in the team and how best we do it to let them flourish and do what they've been doing.

"But no matter what way we do it or how we play, to get to the levels those three have got to is incredible, really. Between the three of them, they've scored more than anyone in the four leagues, I believe. If they keep it going then they are going to have very, very good seasons, which will mean that we've got every chance of success."