Steven Gerrard confirms Rangers will not give Celtic guard of honour

Rangers manager Steven Gerrard has confirmed Scottish champions Celtic will not be given a guard of honour at Ibrox before Sunday's Old Firm game.

Celtic sealed their eighth successive Premiership title with a 3-0 win at Aberdeen last week, staying on track to complete an unprecedented domestic treble-treble if they beat Hearts in the Scottish Cup final at Hampden Park on May 25.

Gerrard, speaking ahead of Sunday's Old Firm derby, live on Sky Sports, says the final call came from the club

He said: "To be honest with you my thoughts on it are not important on that subject.

"The club have made a decision on that and decided there won't be a guard of honour, so my thoughts are irrelevant.

"I will follow what I'm told to do by the people in charge of the club."

Celtic midfielder Callum McGregor insists he and his team-mates will not be bothered if Rangers refuse to acknowledge their achievement. 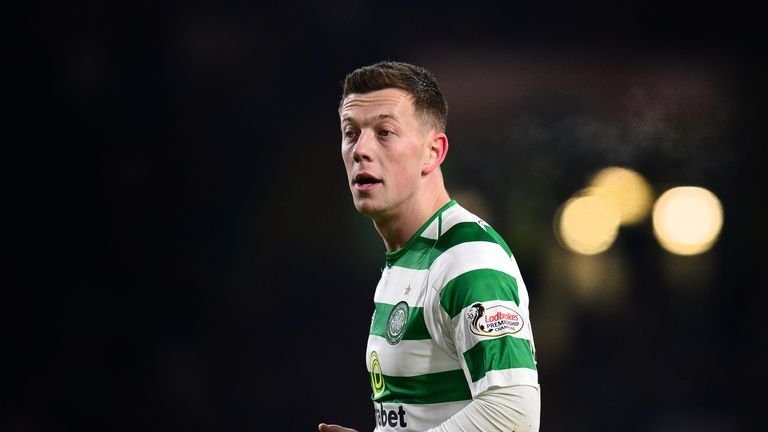 Celtic's Callum McGregor says Celtic are 'not fussed' whether or not Rangers perform a guard of honour, and that being champions is all that matters

He said: "We haven't spoken about it this week.

"We know we deserve to be champions, that's enough for us in there. We know how difficult it is to get over the line every season and we manage to do it.

"We don't need anyone else to pat us on the back. We know it is a job well done."

Gerrard also faced questions on speculation linking Rangers with a move for Rennes defender Mexer after the pair were pictured together last week.

"I think you've probably seen the picture in the public domain," he added.

"I went to watch Rennes v Monaco to analyse a lot of players on the pitch, bumped into numerous players after the game and was asked for a picture.

"I think people are putting a lot of speculation out there.

"We are looking for centre-backs and Mexer is a good player who we admire but what I'm led to believe is that he'll be playing his football in France next year. Don't take that as facts, that's just what I'm hearing through the grapevine."