James Tavernier: Rangers captain says every black player at the club has been racially abused this season

Scottish FA held summit on Wednesday to discuss tackling racism and discrimination and promoting diversity and inclusion; James Tavernier: "Every black player in our squad had been the victim of racist abuse this season, either online or in the case of Glen Kamara, on the field of play"

Rangers captain James Tavernier called for "box ticking" to end following Wednesday's Scottish FA summit on diversity and inclusion, saying every black player at the club has been the victim of racist abuse this season.

Clubs across Scotland met on Wednesday afternoon to discuss how Scottish football can tackle racism and discrimination.

It follows the alleged racist abuse of Glen Kamara during Rangers' Europa League match against Slavia Prague on March 18. Slavia deny the allegations and say there has been "biased pressure on UEFA and police officials" during ongoing investigations.

Tavernier was one of four representatives from Rangers who attended the SFA meeting.

He described the discussion as a "useful exercise" but revealed the extent of the problem for the black players at Ibrox and stressed the importance of achieving clear outcomes rather than just ticking boxes from now on.

"This was a very useful exercise and it was pleasing to be able to air my views to the rest of the clubs in the SPFL as well as the SFA," he said in a statement.

"Every black player in our squad had been the victim of racist abuse this season, either online or in the case of Glen Kamara, on the field of play. This is unacceptable and must stop. 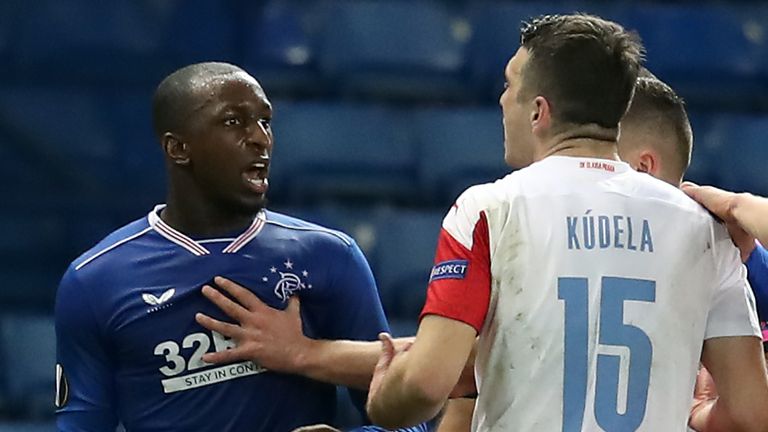 "It is vital that football authorities, clubs, government bodies and social media companies work together to educate and empower to ultimately, eradicate hatred from our game and society in general.

"We are keen to continue to engage but highlighted that we need to see clear outcomes from discussions rather than simply ticking a box."

"Every black player in our squad had been the victim of racist abuse this season, either online or in the case of Glen Kamara, on the field of play. This is unacceptable and must stop."

The diversity and inclusion summit was organised by the Scottish FA and Livingston captain Marvin Bartley, who serves as an SFA equality advisor alongside former Scotland women international Leanne Ross.

Speaking to Sky Sports News following the meeting, Bartley commented on Tavernier's statement, saying: "No one is being held accountable for making these racial comments, maybe a couple of years ago you thought if you said a racial comment the police could be knocking on your door.

"It's hurtful as James (Tavernier) said, all of the black players in the Rangers dressing room have experienced it." 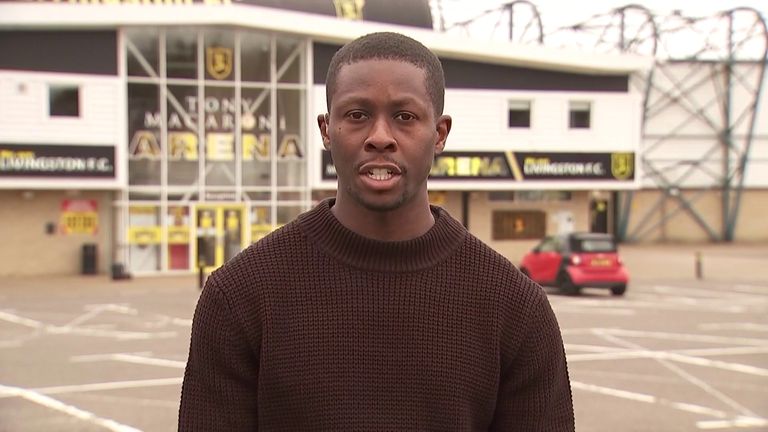 Bartley says the time for anti-racism gestures has passed following the continuation of racist incidents and called for collective action from football's leading authorities and social media companies after a "positive" SFA summit.

Bartley added: "It was positive, it was the first meeting in my life where everyone was pulling in the same direction. The main topic was action, that was the main word. We have had the gestures of taking a knee and we have spoken an awful lot about things. That time has elapsed now, it is time for action, that is what we want.

"We want social media companies and fans to really get on board and report what they see and hear when they get back into stadiums. We have always been reactive to things, now we are trying to be proactive. I firmly believe that will happen."

Bartley believes gestures such as taking a knee ahead of games may have sparked a much-need conversation at the time but have since lost their meaning as racist incidents continue to endure. 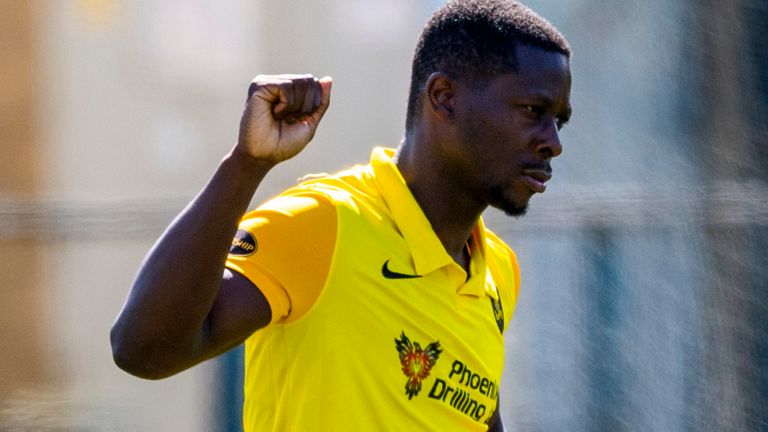 Livingston captain Marvin Bartley admits he has lost faith in taking a knee due to a lack of action from authorities to combat racism, but says he will continue to kneel before matches

"I have been an advocate of people taking a knee, but that stopped in the last two weeks after the Glen Kamara incident. It is very difficult for me to go to players and say to continue taking the knee, it is not really making a difference now. It was to spark up conversation, it was never the be all and end all.

"Players are frustrated, there has not been enough reprimands for those making racial comments and abusing people. We are standing united now.

"We go as a collective to the government rather than individual clubs. Above that we have the whole FA, not just the Scottish FA, but the English and Welsh associations as well."

Bartley also says he would be willing to join a boycott of social media companies after Thierry Henry made an impact by closing down his accounts due to a lack of regulation against racism and bullying on their platforms.

He added: "I am up for trying anything that can make a difference. There is strength in numbers, we can act as a collective.

"Not only players but anyone who is against racism. It doesn't matter what your job is, if we all decide to come off these platforms, that is going to hit them in the pocket.

"Until they are financially hit they do not really care about it. If we do it in numbers it can work, I have a lot of respect for Thierry Henry and him using his platform in the right way."