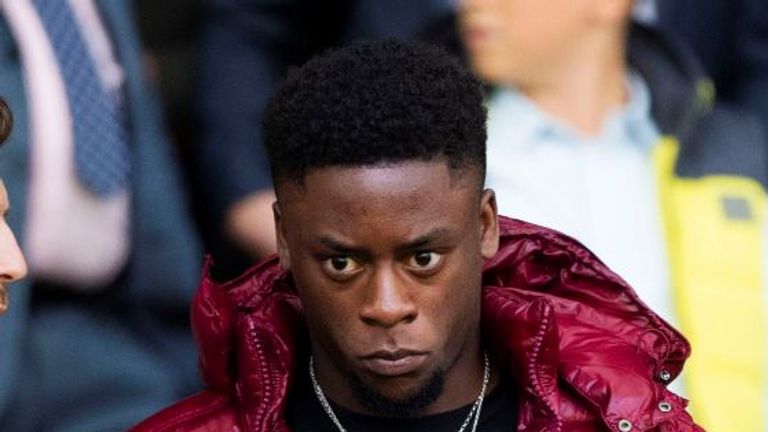 Celtic have signed Republic of Ireland U19 international striker Jonathan Afolabi on a three-year contract.

Afolabi left Southampton this summer after rejecting a new contract and has now become Neil Lennon's sixth signing of the transfer window, which closes in Scotland on September 2.

The 19-year-old was in the crowd at Celtic Park on Saturday as the Hoops defeated Dunfermline 2-1 after extra-time to advance to the quarter-finals of the Scottish League Cup.

Afolabi played five times for Southampton in the EFL Trophy but never featured for them in the Premier League.

He also played a key role as the Republic of Ireland U19s reached the semi-finals of this summer's European U19 Championships in Armenia.

"He's a young lad from Southampton, we have signed him on a free transfer," Lennon said after the win over Dunfermline.

"He's one that's a development [player]. I think he's on the cusp [of the first team] so he will come in and train with us.

"We will have a look at him over the next few weeks then decide what we want to do with him in terms of where his progression is.

"He had a great tournament in the Euros. You feel he's raw but has good potential."

Afolabi said his decision to join the Scottish champions was an easy one to make and he is looking forward to reuniting with Ireland Under-19 team-mates Luca Connell and Barry Coffey at Celtic.

"Celtic is just a stand-out team for me, and they have a great reputation of bringing youngsters from the Academy through the ranks. This is a great club, with a great history, and a great place for me to be a part of. I look forward to helping out in the seasons ahead," Afolabi said.

"With such a talented pool of players, it's going to take time and hard work to break in, to prove myself to the manager and the dressing room - but that's something I would have to do anyway. Hopefully I can get a bit of time on the pitch in the future to showcase what I've got.

"It's been great so far. This is a big move for me and everything has been going well so far. The boys have been very welcoming, the fans have been great as well, and I'm delighted to be part of this family now. I can't wait to drive forward from here.

"I know Luca Connell from when we travelled to Russia to play in the European Qualifiers for the Ireland Under-19s, and I likewise know Barry Coffey from the international set-up too."

Next up for Celtic is a Europa League play-off first-leg tie at home to Swedish side AIK on Thursday night before they return to Scottish Premiership league action against Hearts on August 25.