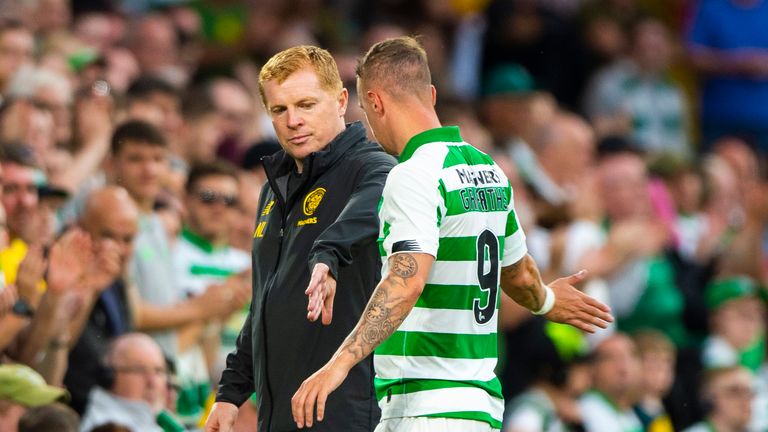 Neil Lennon says he will be 'bewildered' if striker Leigh Griffiths is charged for an alleged stamp on Hamilton Academical's Sam Woods.

Sunday's Scottish Premiership match was goalless when Hoops striker Griffiths earned a yellow card from referee Nick Walsh after appearing to plant his foot into the prone Accies defender.

Celtic ended up winning 4-1, with Hamilton boss Brian Rice later saying there was "no debate" that it should have been a red card, but his Parkhead counterpart Lennon insists no SFA charge is required.

Lennon said: "I would be very disappointed because I saw it at the time. There was no malice in it. His leg was trapped and he was trying to get up.

"So I would be bewildered if anything came from that." 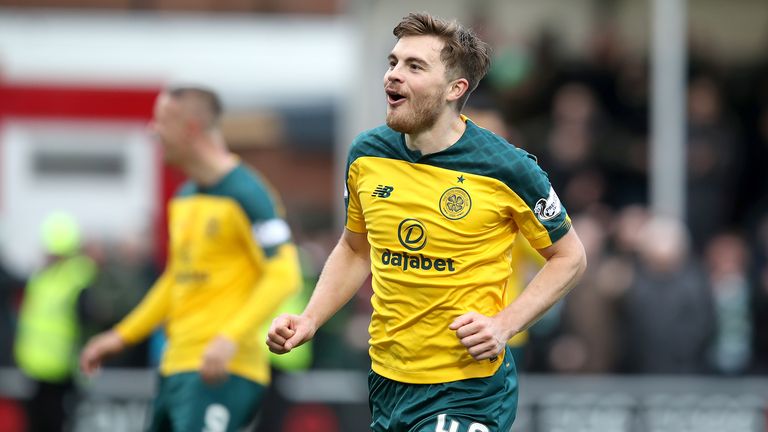 Highlights from the Scottish Premiership as leaders Celtic travelled to Hamilton

Ahead of Wednesday night's trip to Motherwell, Lennon added: "I am not sure how much contact he made with the player.

"I've not seen it again on camera but I do know from a footballing point of view... he is trying to get up rather than lift his leg and put it down on the player.

"What disappointed me was him pushing the player after it. We are huge on discipline and team discipline and we have had a quiet word with him about it."