Vratislav Mynar works for Office of the President of the Czech Republic and has said the incident of racist behaviour which Ondrej Kudela has been found guilty of by UEFA "is unproven and alleged"; also hits out at four-match ban Kemar Roofe received for a tackle on Slavia's Ondrej Kolar

A senior Czech government minister claims UEFA only handed out a 10-game ban to Ondrej Kudela for abusing Rangers' Glen Kamara in order to satisfy the "perverted expectations of a small group of activists".

Slavia Prague and Czech Republic defender Kudela is set to miss this summer's Euros after he was punished for "racist behaviour" when insulting Ibrox midfielder Kamara during last month's Europa League clash in Glasgow.

Kudela also faces a potential court appearance in Scotland after police submitted a report of "racially aggravated conduct" against the 34-year-old to the Procurator Fiscal.

But while some football figures across the continent have united to condemn the nature of UEFA's ruling - with 10 games the minimum sanction for racist abuse - Czech minister Vratislav Mynar has accused European football's governing body of acting in the "pinnacle of hypocrisy" in banning Kudela.

He has suggested the ruling will see non-black players become the victims of discrimination.

Mynar heads up the Office of the President of the Republic, which is a department set up to ensure presidential powers are carried out.

In his open letter to UEFA's control, ethics and disciplinary body, he wrote: "I note that racism is unproven and alleged. The UEFA inspector himself questioned that Ondrej Kudela had made a racist statement.

"Nevertheless, you have decided on a completely unprecedented punishment for a player who did not harm anyone and only verbally - according to his statement - offended his opponent.

"You condemn a decent person without a single piece of evidence.

"You make it impossible for athletes to fulfil their dream in the Europa League - all this just to fulfil the perverted expectations of a small group of activists and a club unable to win on the field, all the more so by shouting empty and hurtful phrases about racism.

"In your submission, the fight against racism has become the fight of the unsuccessful against the successful, the pinnacle of hypocrisy, positive discrimination, and embarrassing pandering to stupid trends.

"Your efforts can lead to the opposite, a situation where a person with a colour other than black will be discriminated against, oppressed and deprived of their rights. That is why I also consider it necessary to oppose this procedure.

"Although you're probably not used to it, let me tell you one thing. I very much appreciate the fact that the Czech public does not identify with your verdict, across the whole society.

"On the contrary, even if only for a short time, you have managed to unite ancient rivals. We will not kneel before you and no threats apply to the Czech football fan."

Kamara was himself given a three-game ban after UEFA ruled that he had assaulted Kudela in the tunnel after the game, which Gers lost 2-0 as they crashed out at the last-16 stage.

His Ibrox team-mate Kemar Roofe has also been given a four-game suspension for the tackle which left Slavia keeper Ondrej Kolar with a fractured skull. 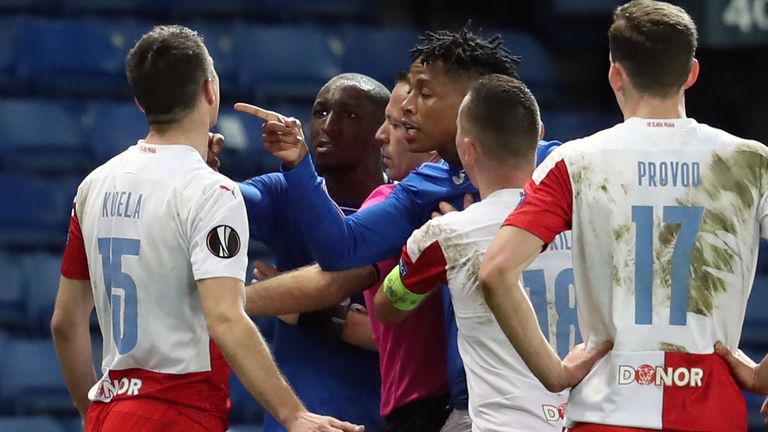 But Mynar insists the Gers duo got off lightly.

"A lot has happened in the mentioned match," he said. "The opponent's insidious foul ended in a serious injury to goalkeeper Ondrej Kolar.

"He ended up with a skull fracture and will have to walk on the field with a helmet for the rest of his life.

"Result? The player who crushed the opponent's skull with a football boot received a penalty from you for not entering 4 matches, another player for a physical attack for a three-match penalty."

Mynar added that Czech president Milos Zeman was also taking an interest in the matter.

"It expresses belonging to all citizens of the Czech Republic who follow this case and are disappointed during it.

"At the same time, he wishes all players and fans not to be discouraged by the whole affair and to continue to support their team so valiantly."

Sky Sports News has approached UEFA and Rangers for comment. Bartley: UEFA have failed us greatly on racism

Livingston captain and Scottish FA equality advisor Marvin Bartley has told Sky Sports News that UEFA's sanction handed to Kudela is an "absolute joke" and has caused players to lose confidence in the governing body's ability to hand out robust punishments to players who racially abuse.

He said: "They [UEFA] have been very quick to talk the talk, to have writing on shirts, with their campaigns, but when it has been time for some action, they have failed us greatly.

"They have not just failed black players, they have failed anybody who is against racism. They had the perfect opportunity to implement what they have been talking about and they have failed to do it which is really disappointing.

"Players have lost confidence in them now, we really did think that UEFA was going to take a stand and say: enough is enough, we are not going to tolerate this and we are going to show this player as an example.

"[This would] show any player going forward that if you do this then it is going to affect your livelihood.

"To be banned for ten games, nine before the end of this season and one for the next season, it's an absolute joke" 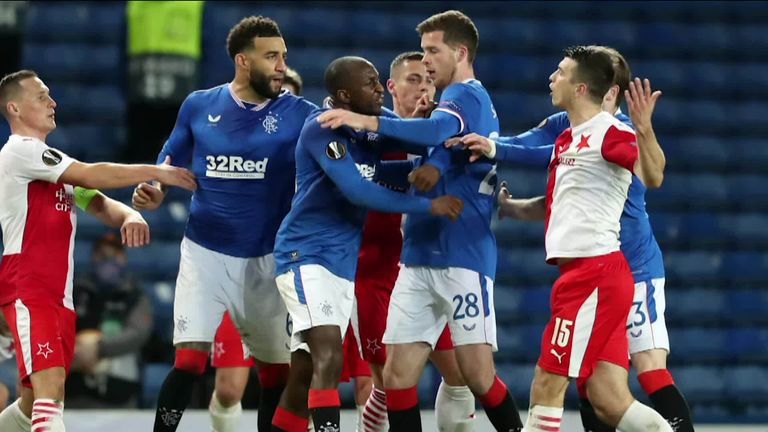 FIFA executive Alexey Sorokin has said the 10-match ban for Ondrej Kudela of Slavia Prague was "correct" and it is a "waste of time" to criticise the length of the suspension.

Sorokin, who was not involved in UEFA's disciplinary proceedings, has called the incident "a bit strange" after Rangers' Glen Kamara was banned for three matches for assaulting a player.

Sorokin said: "One team is accusing the other of improper behaviour and the other team refuses that. They, in turn, accuse the other side of beating up their player. The whole incident is a bit strange. The decision has been made and, usually, we don't comment on that decision.

"It's hard for me to add anything. I did not see the incident myself but, what I've read about it, is that there is a lot of questions about it. The incident is multifaceted, let's put it this way. We never comment on gravity of UEFA bodies' decisions.

"He [Kudela] never acknowledged it [racist behaviour] from what we hear." 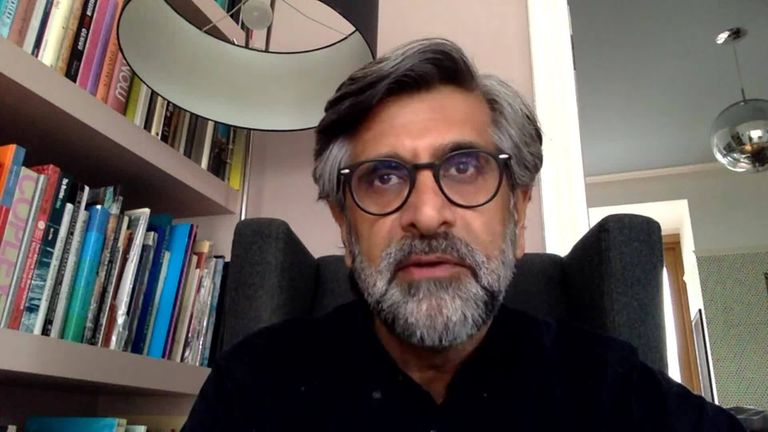 Iwelumo, a Show Racism the Red Card ambassador, told Sky Sports News that UEFA had the chance to set a precedent with a stricter punishment.

"I'm disappointed," Iwelumo said. "I think UEFA had the opportunity to set the bar and say there's no tolerance for racism in football. The bare minimum? Come on, it's becoming laughable now. Time and time again, UEFA have a chance to set a precedent, the sanctions are going to be harsh, and eradicate it from the game.

"We understand racism is a society problem, but football are going to be judged on these incidents. Kamara has got a three-game ban for how he's reacted, Kudela has a 10-match ban for being found guilty, but we're yet to see the transcripts of what he's been found guilty of.

"For me it should be a minimum of a year ban, to a lifetime ban. Let's eradicate it from the game. Trust me, it was a calculated thing Kudela has done, he covered his mouth and went over to Kamara. He's been found guilty of something if he has a 10-game ban, so I'm saying let the sanctions be harsh."