Juninho Bacuna joins Rangers on a permanent deal after three seasons at Huddersfield, where he scored 12 goals in 83 appearances for the Championship club

Rangers have signed Juninho Bacuna from Huddersfield on a permanent deal.

Bacuna joins the Scottish Premiership champions after three seasons at Huddersfield, where he scored 12 goals in 107 appearances for the Championship club.

The 24-year-old midfielder, who is the younger brother of Cardiff winger Leandro Bacuna, becomes Rangers fourth signing of the summer - joining Nnamdi Ofoborh, Fashion Sakala and John Lundstram at Ibrox.

Huddersfield confirmed Bacuna's departure in a statement on Thursday.

Rangers are today delighted to announce the signing of Juninho Bacuna. pic.twitter.com/SAkHPRQtuz

"Our thanks go to Juninho for his contribution over the last three seasons, and we wish him all the best in his future endeavours," read the statement.

Rangers travel to Armenia next week for the second leg of their Europa League play-off against Alashkert on Thursday before hosting Celtic at Ibrox on Sunday August 29, live on Sky Sports. 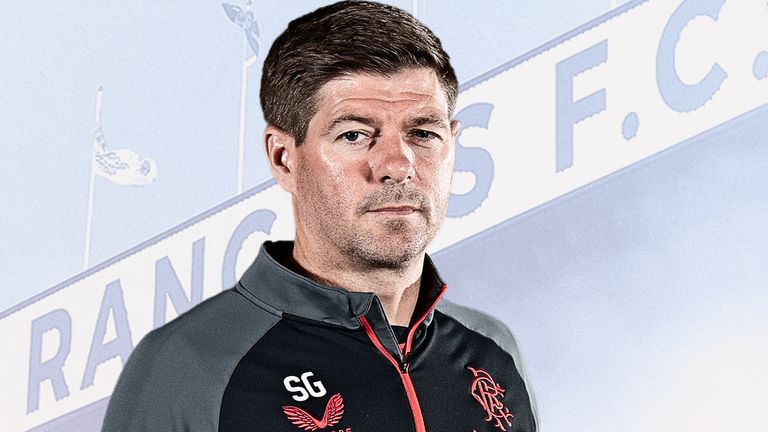 In an exclusive interview with Sky Sports before Rangers' trip to Tannadice Steven Gerrard talked to us about creating a winning culture at Ibrox, targets and legacy

In an exclusive interview with Sky Sports, Rangers manager Steven Gerrard discusses the need to deal with the pressure at the club as his team tries to retain their title.