Ben Davies becomes Rangers' sixth new addition of the summer transfer window; Davies was on loan at Sheffield United from Liverpool in the English Championship, playing 23 times for the Blades

Rangers have completed the £4m signing of Ben Davies from Liverpool on a four-year contract. 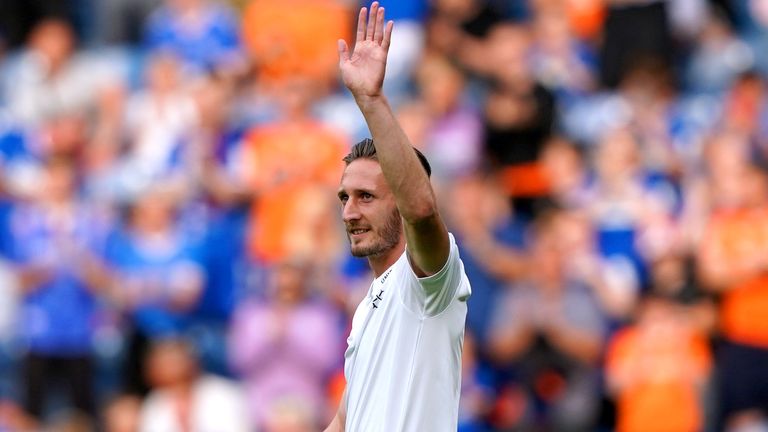 Last season he was on loan at Sheffield United in the English Championship, playing 23 times for the promotion-chasing Blades.

Speaking after signing his contract, Davies said: "I am very excited to join Rangers and I am really looking forward to taking this next step in my career. It's a huge club with big ambitions and I can't wait to get started."

Davies, 27, has not made a first-team appearance for Liverpool since he joined from Preston on a long-term contract in a £1.6m deal in February last year.

But Liverpool signed Davies for just £500,000 initially which they made back last season by way of the loan fee paid by Sheffield United.

Rangers manager Giovanni van Bronckhorst said: "I would like to welcome Ben to our squad and I am delighted he has joined the club. He is a strong defender with great qualities and will further add to our options in that area."

"Rangers is a fantastic club, a big club. Ben belongs on a big stage for sure. European football as well. This presents a proper opportunity to demonstrate his quality and composure.

"As a person he's as good a guy as you could hope to meet.

"It's a smart piece of recruitment from Giovanni van Bronckhorst, to be honest. Perfect for all parties. He has himself an accomplished defender, who is entering his peak years and whose character is top drawer.

"We wish Ben nothing but the success he deserves and will be following from here as he goes on to make many achievements during the rest of his career."

Prior to his move to Liverpool, Davies made 145 appearances for Preston where he came through the academy.

Positive outcome for everyone

"Rangers appear to have beaten off a lot of competition in the race to sign Liverpool centre-back Ben Davies. A £4m fee and a move to a club like Rangers is a really positive outcome for Ben and the club.

"Blackburn made an impressive offer and pitch and Middlesbrough boss Chris Wilder has been after Ben since he was Sheffield United manager.

"That level of interest clearly illustrates Ben's reputation in the game. He's been a consummate professional while at Liverpool and was popular in the dressing room.

"Jurgen Klopp is disappointed it didn't work out as had been hoped when he joined, but has remained engaged with Ben throughout."