Rangers lead at the top of the Scottish Premiership has been cut to four points after they drew at Aberdeen and Celtic beat Hibernian while St Johnstone remain rooted to the bottom after another defeat.

The Scottish Premiership returned from its winter break this week and it saw Giovanni van Bronckhorst's winning run as Rangers manager ended by Aberdeen.

Their 1-1 draw at Pittodrie, after Celtic's win over Hibernian, means the title race is looking ever closer.

Ange Postecoglou's side have three players in the WhoScored.com Scottish Premiership team of the week, but it's Hearts who dominate after their victory over bottom side St Johnstone.

Livingston and Ross County players make up the rest of the team after victories moved them further away from the danger zone. 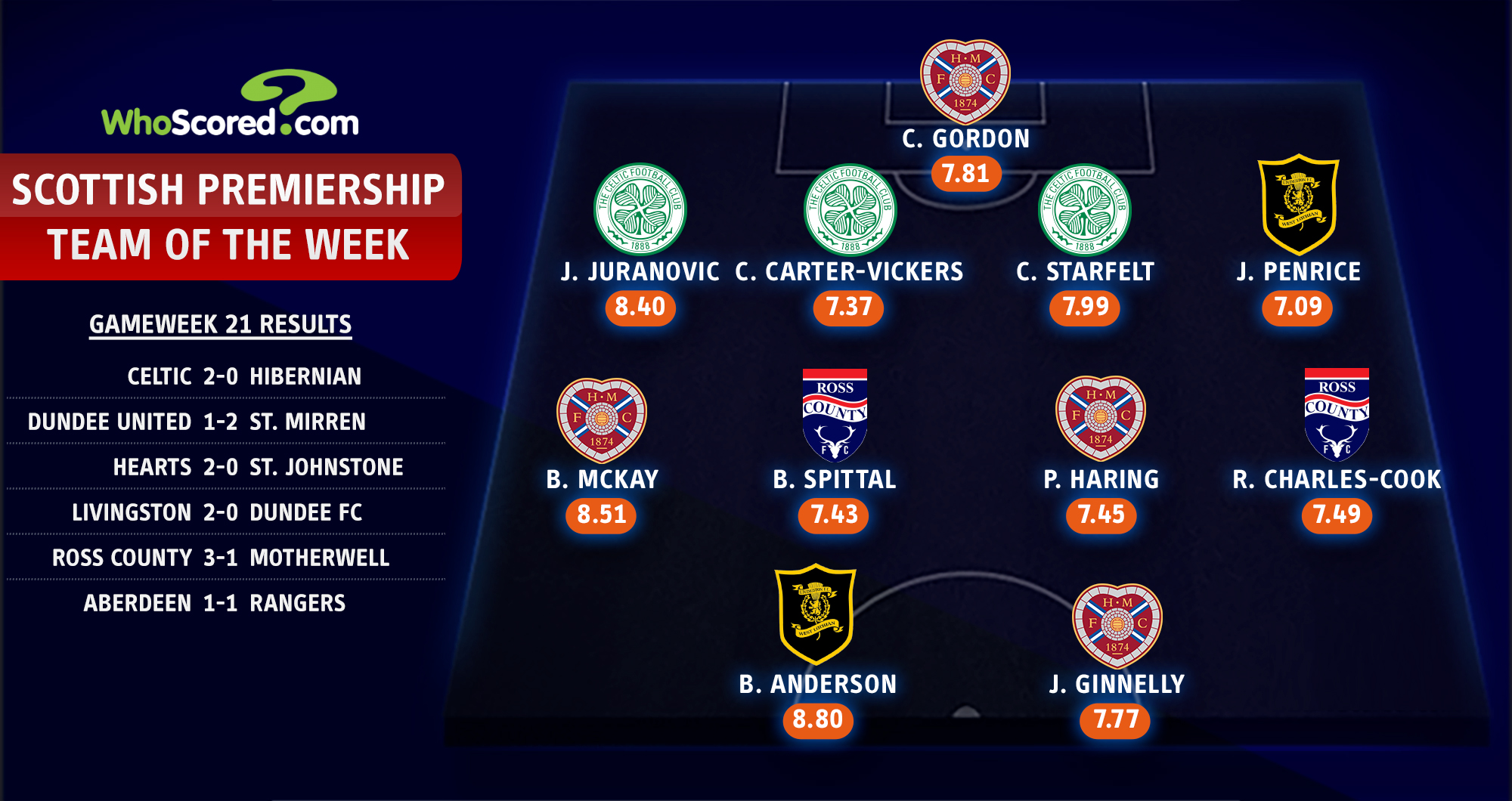 WhoScored.com take a look at the five best performing players to make the first best XI of 2022...

Craig Gordon kept his eighth clean sheet of the season in Hearts' 2-0 win over St Johnstone on Tuesday night, and he was made to work for the shut out on home turf. Indeed, the experienced goalkeeper made six saves at Tynecastle Park to keep the St Johnstone attack at bay and play his part in a clean sheet victory, earning a WhoScored.com rating of 7.81 in the process.

The first of two Celtic players to feature in the five best performers, Carl Starfelt put in an imposing display as they defeated Hibernian 2-0. The Hibs attack was frustrated by the Swede, who made four tackles, three interceptions and two clearances in the victory. An additional six aerial duels won saw Starfelt return a rating of 7.99 in Monday's win. 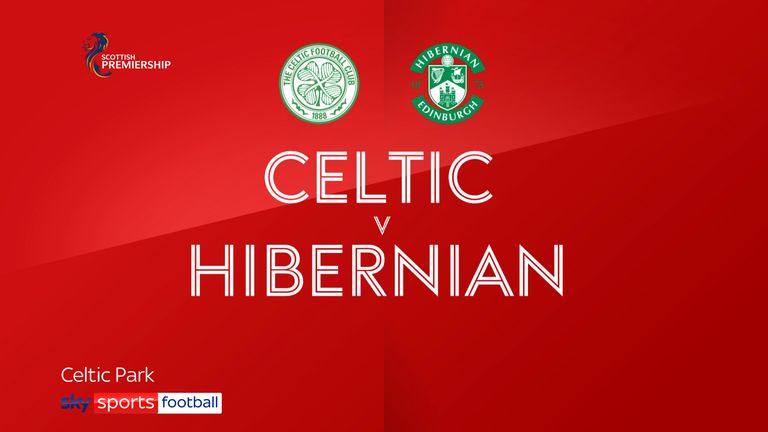 Highlights of the Scottish Premiership clash between Celtic and Hibernian

Remaining with Celtic's win over Hibernian, Josip Juranovic settled the match as a contest from the spot midway through the first half. The Croat's second goal of the season came from one of two shots in the 2-0 victory and he was unfortunate not to add an assist, registering three key passes on home turf. Juranovic defended solidly, too, making three tackles, two clearances and one interception to earn the WhoScored.com man-of-the-match award with a rating of 8.40. 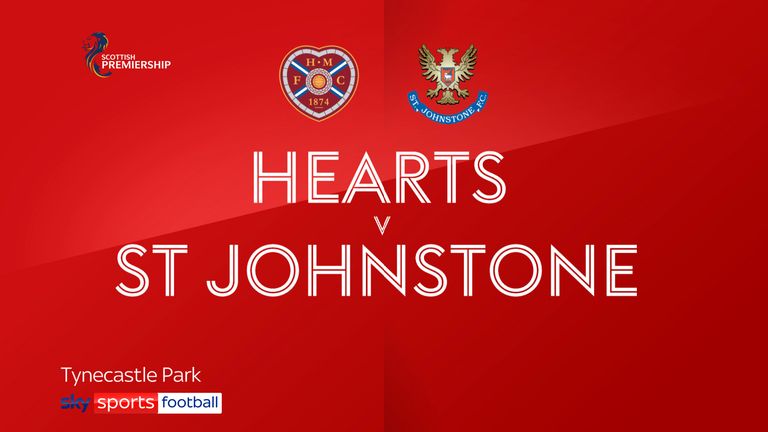 Back to Hearts' 2-0 win over St Johnstone, Barrie McKay had a direct hand in both goals, providing the assists for Josh Ginnelly's second-half brace. McKay's pair of assists came from a notable five key passes as the Saints backline struggled to keep the 27-year-old quiet. A rating of 8.51 was enough for the 27-year-old to earn his first man-of-the-match award of the season and nail down the right wing spot in the team of the week. 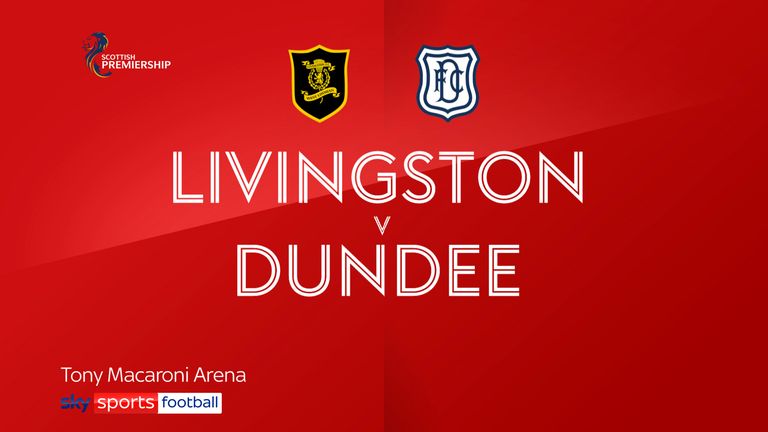 Highlights as Bruce Anderson fires Livingston to victory against Dundee

With a rating of 8.80, Livingston's Bruce Anderson is the WhoScored.com Scottish Premiership player of the week. The 23-year-old scored goals number six and seven for the season in a man of the match performance against Dundee FC, finding a way past Adam Legzdins with two of six shots. Anderson also put in a solid shift off the ball, making two clearances and one tackle, to cap his best performance of 2021/22.