Mario Balotelli looks set to leave Nice after head coach Patrick Vieira revealed the French club will "do whatever it takes" to help the Italy international secure a move away.

Balotelli did not feature as Vieira's side lost 1-0 to newly promoted Reims in their Ligue 1 opener.

Asked about the 28-year-old's future after the game, the former Arsenal midfielder confirmed the striker wants to leave the Allianz Riviera after two season at the club.

"The player wants to leave, so it's unlikely he'll remain here," the new Nice boss said in an interview with Canal+.

"We want players whose desire it is to go forward with the club.

"It's a very complicated and difficult situation, so the club will try to do whatever is possible to help him leave."

Balotelli was unavailable for Nice's Ligue 1 opener after he failed to report for pre-season training. 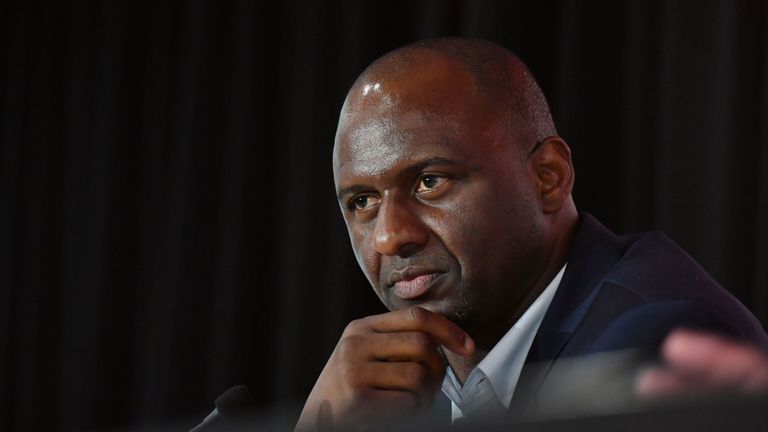 It's a very complicated and difficult situation, so the club will try to do whatever is possible to help him leave.

The former Manchester City and Liverpool striker has been heavily linked with a move to Marseille, while Napoli were reportedly interested, but the club's president Aurelio De Laurentiis recently rubbished rumours suggesting he could be moving to the Stadio San Paolo.

"[Dries] Mertens will not leave, [Angel] Di Maria will not come and as for Balotelli I've been saying no for years.

"It's very false that he will come to Napoli," De Laurentiis told Radio Kiss Kiss.