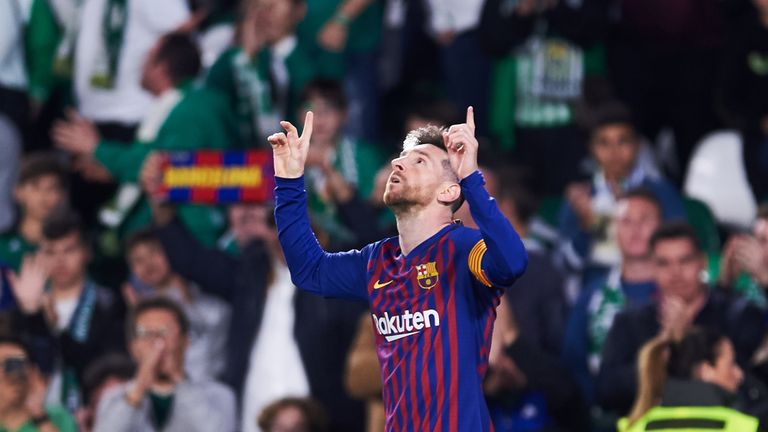 Lionel Messi is the "best player in history", according to his former Barcelona team-mate Xavi.

Messi surpassed Xavi's total of 476 wins with Barcelona as his hat-trick inspired a 4-1 victory against Real Betis at the weekend.

He also equalled Andre Iniesta's total of 674 appearances and has scored 588 goals for the club in that time.

"Every day he is a better player. He is unbelievable. In my opinion he is the best player in history, not just in this moment, in history," Xavi said.

"What he is doing is incredible. Every game he makes the difference, every game, since 12 years ago. I was playing with him and his skill...he's incredible. The best player in the history in my opinion for sure."

Messi and Xavi played alongside each other for 11 seasons in the Barcelona first team, during which time they won 24 trophies.

Xavi, a global ambassador for the 2022 World Cup, now plays his club football in Qatar where the tournament will take place in three years' time.