Barcelona have failed to reach the knockout stages of the Champions League for the first time since the 2003/04 campaign; Xavi: "We have to start to get Barca back where they belong, which is not in the Europa League. This is also a hammer blow for me as a coach"

An "angry" Xavi said things have to change at Barcelona after they were knocked out of the Champions League following a 3-0 defeat to Bayern Munich.

Barca have failed to reach the knockout stages of the Champions League for the first time since the 2003/04 season when they competed in the UEFA Cup.

Goals from Thomas Muller, Leroy Sane and Jamal Musiala completed a 3-0 victory for Bayern Munich over Barca at the Allianz Arena on Wednesday, ensuring Xavi's side finished third in Group E and that they will compete in the Europa League round of 32 next year.

Xavi, who has overseen two wins, a draw and two defeats since being appointed first-team coach, lambasted his players after the final whistle and conceded that Barca are no longer at the same level as Bayern. 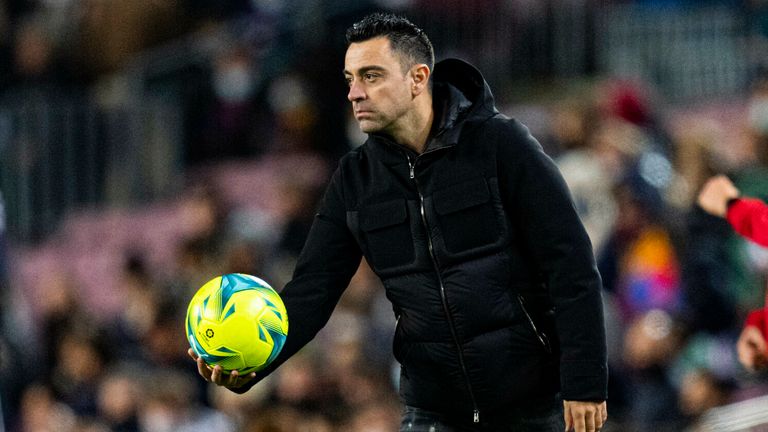 "Bayern dominated us," he said. "We always want to dominate but it was the opposite here. We must demand more. We're Barca. This must be a point of inflection to change the dynamic and many more things.

"This is the Champions League, but this is also our reality. It's the situation we're in. I'm angry. This is the reality and it p***es me off. We have to tackle it face on. There's nothing else for it.

"A new era starts today. We start from zero. Our objective is the Champions League, not the Europa League, but that is our reality now and we have to try and win it."

"I've seen how tough the reality is," Xavi added.

"I hoped we would compete better. Bayern are better. That's the reality. But we're going to work hard and give our all so that this doesn't happen again. It's a feeling of helplessness.

"We have to start to get Barca back where they belong, which is not in the Europa League. This is also a hammer blow for me as a coach. We will work hard to bring Barca back, but we have to change a lot, of course."

Barca now face Osasuna, Elche and Sevilla in La Liga before the league's short winter break, with Xavi's side seventh in the Spanish top flight and trailing leaders Real Madrid by 16 points.

Here's what the Spanish newspapers are looking like the morning after that costly defeat for Barcelona: 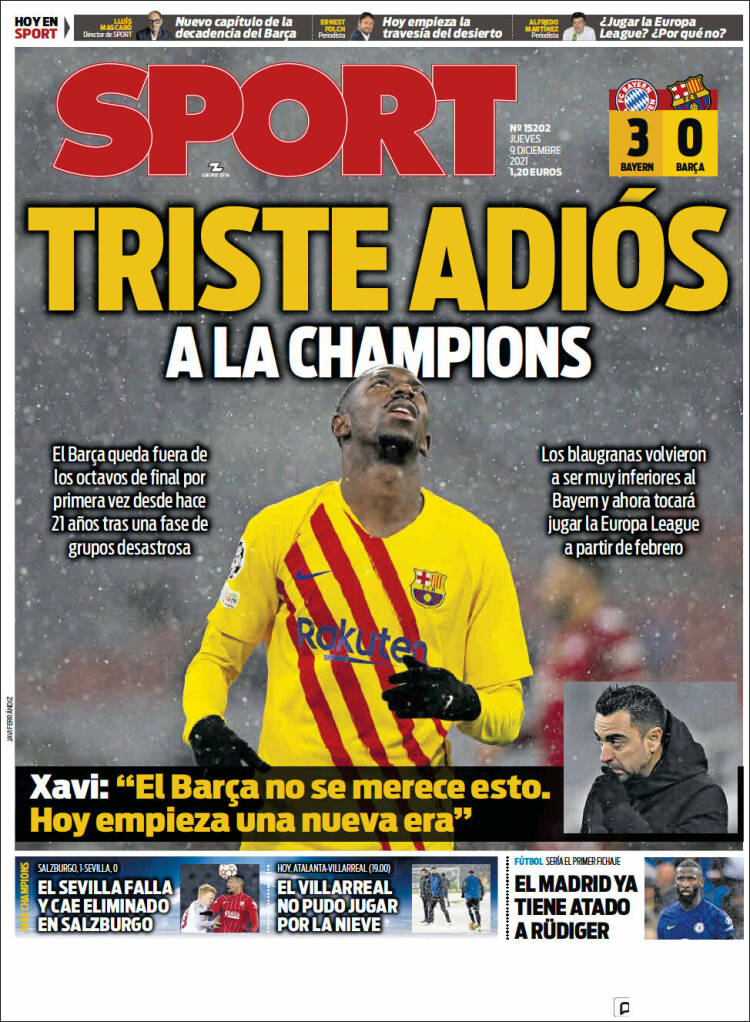 "Barca are out of the round of 16 for the first time in 21 years after a disastrous group stage.

"The Blaugranas were once again very inferior to Bayern and now they will play the Europa League from February." 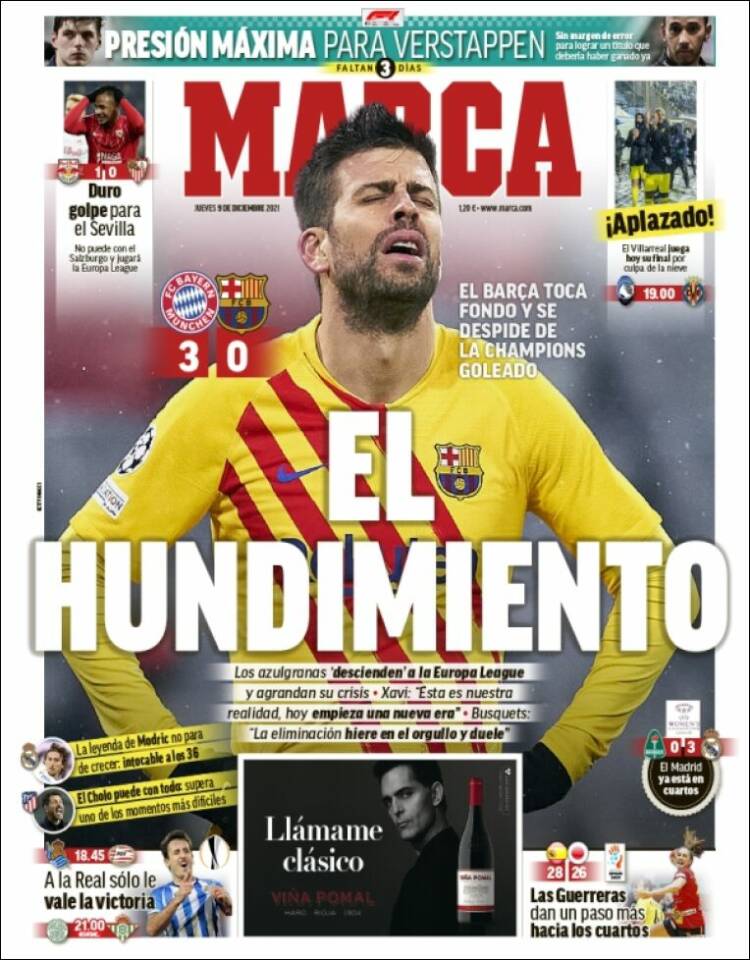 "The Catalans descend to the Europa League and enlarge their crisis. 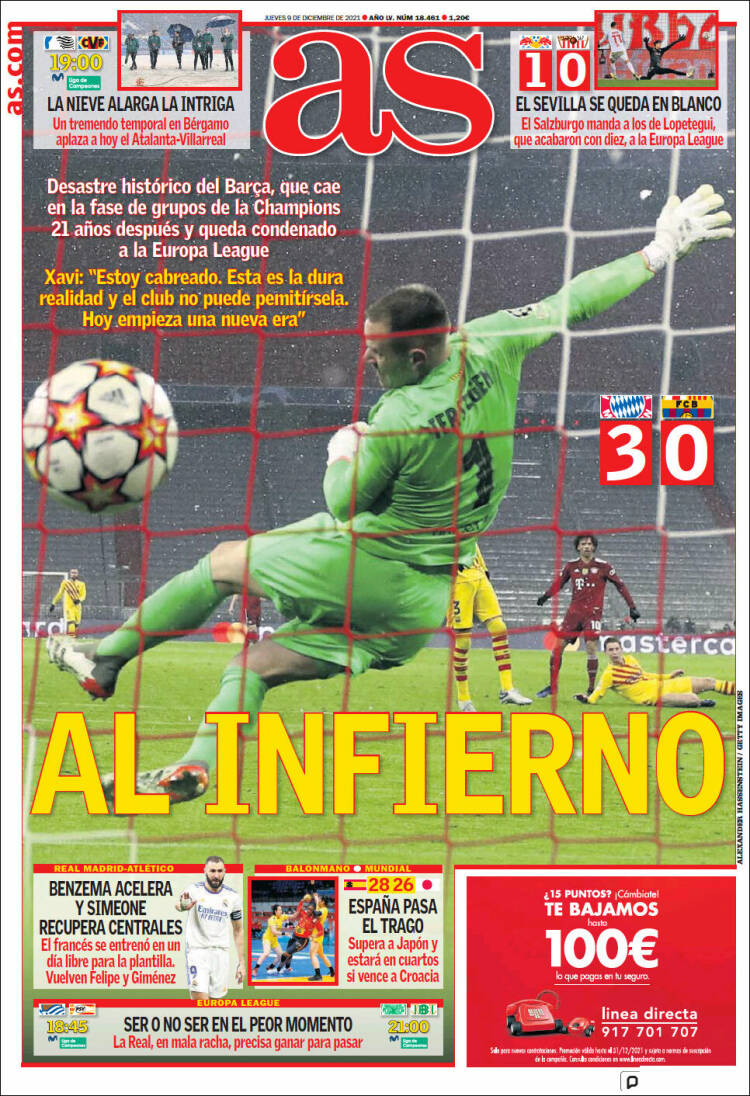 "Barca's historical disaster, which falls in the group stage of the Champions League 21 years later and is condemned to the Europa League." 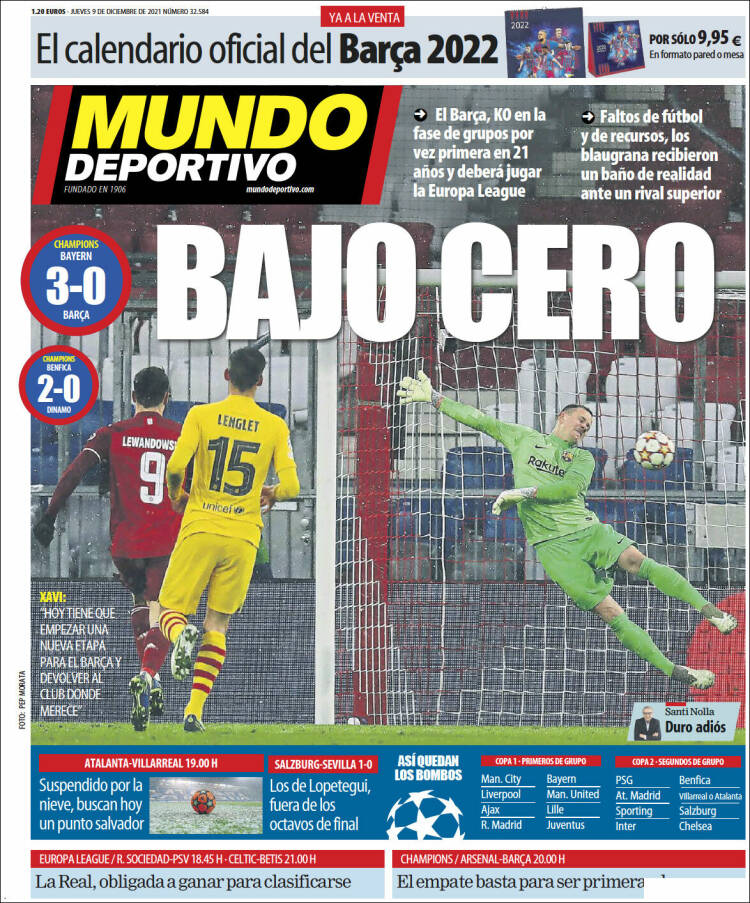 "Barca, KO in the group stage for the first time in 21 years and should play the Europa League.

"Lacking football and resources, the Blaugrana received a reality check against a superior rival."