AC Milan striker Zlatan Ibrahimovic has signed a contract extension with the club; the 39-year-old is Milan's leading goalscorer this season with 15 Serie A goals; Ibrahimovic recently came out of international retirement for Sweden after a five-year absence

Zlatan Ibrahimovic has signed a contract extension with AC Milan.

The 39-year-old was keen to extend his stay at the San Siro and the new deal will see him remain at the club until the end of the 2021/22 season, according to Sky in Italy.

Ibrahimovic will earn around €7m per year (£5.94m per year/£114k per week), the same wages he agreed for this campaign.

He has scored 15 league goals this season to help Milan to second in Serie A and recently returned to international football with Sweden after a five-year absence.

The former Manchester United forward, who turns 40 in October, re-joined Milan on an initial six-month contract in 2019 after a spell with MLS club LA Galaxy. 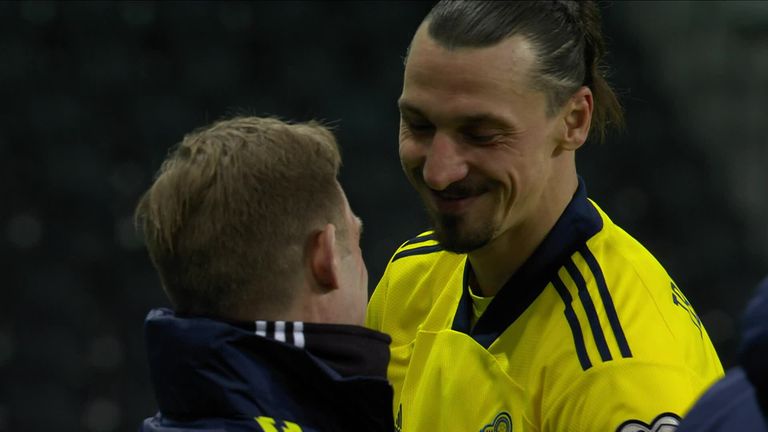 Meanwhile, negotiations between Milan and Hakan Calhanoglu over a contract extension have stalled due to the midfielder's wage demands.

The Turkey international is out of contract in the summer and Sky in Italy are reporting Juventus would be interested in signing him on a free transfer.

Italy goalkeeper Gianluigi Donnarumma also sees his Milan contract expire in the summer and negotiations continue over an extension.

Stefano Pioli's side trail Serie A leaders Inter by 10 points with six games of the season remaining.