Lionel Messi scored twice to put Barcelona in control of their Champions League semi-final against Liverpool, winning 3-0 in the first leg at the Nou Camp.

It was former Liverpool striker Luis Suarez who put the hosts ahead in the 26th minute, flicking a lovely Jordi Alba cross home home over Alisson and the 32-year-old did not hide his celebrations.

Barcelona rode the wave of Liverpool pressure at the start of the second half and Messi (75) was in the right place at the right time as he slotted home after Suarez had hit the bar.

But his real moment of magic came seven minutes later as he swept a sensational free-kick around the Liverpool wall and into the top corner, scoring his 600th goal for the club and putting Barcelona in pole position to reach their first Champions League final since 2015.

How Messi stunned the Nou Camp

Liverpool's team selection was perplexing, with Trent Alexander-Arnold and Roberto Firmino on the bench while James Milner, Georgino Wijnaldum, Naby Keita and Fabinho all started. When the game began, Wijnaldum took up the false nine role left vacant by Firmino with a flat midfield three as Jurgen Klopp maintained an eye on Saturday's crunch Premier League game against Newcastle, live on Sky Sports.

Man of the match: Lionel Messi.

It was an entertaining first half, with Philippe Coutinho attempting to strike an early blow to his former side, but his 16th minute strike - which was offside - went whistling past Alisson's far post.

For all the pre-match questions on Liverpool's formation, it was thrown slightly into disarray as Keita picked up a groin issue following a clash with Ivan Rakitic. He was replaced after 24 minutes by Jordan Henderson, and two minutes later, a familiar face came back to haunt Liverpool.

A sensational cross from Jordi Alba on the left picked out the run of Suarez through the middle of the two centre-backs. He then flicked the ball over the top of Alisson with a delightful finish before celebrating his first Champions League goal of the season with a knee slide in front of the Nou Camp crowd.

Liverpool should have equalised in the 35th minute when Henderson slotted a ball in behind Pique, picking out the advancing Mane. He only had the goalkeeper to beat from 15 yards, but could only send his effort flying over the crossbar.

Liverpool started the second half on the front foot as they searched for the all-important away goal and Marc-Andre Ter Stegen was called into action. He denied Milner twice - once with a curling effort and the second a fierce drive into his hands - and got down low to keep out a Mohamed Salah effort in between.

But for all of Liverpool's possession and pressure in the second period, it was Barcelona who doubled their lead in the 75th minute. Suarez's initial effort hammered against the crossbar but Messi was waiting to roll the rebounded ball home with Alisson well off his line.

It was a moment of sheer class from Messi in the 82nd minute as he netted Barcelona's third and bought up his 600th goal for the club. He lined up a free-kick from 25 yards out after a foul from Fabinho on the Argentine and he got the delivery inch-perfect as he curled the ball around the Liverpool wall and into the top corner.

Liverpool gave their hosts a scare not long after, though, as Firmino raced down the field, getting a pass around Ter Stegen, but his shot was cleared off the line by Gerard Pique. Salah was waiting with a tap-in from eight yards, but he could only find the post as Barcelona saw out their victory.

Man of the match - Lionel Messi

Could it be anyone else? Once again, Messi pulls his team towards glory and his free-kick was nothing short of masterful. It was his 600th for Barcelona - 14 years to the day since his first senior goal - and they Catalan side look unstoppable with him on the field.

Our man in Spain, Michael Hincks, adds: "He looked in the mood from the get go, at times dribbling past Liverpool players for fun, and as the visitors pressed in the second half, it was Messi who delivered the double blow, reacting quickest when Suarez's effort hit the bar before scoring a vintage free-kick."

Jurgen Klopp: "It's OK to lose away in the Champions League as long as you score a goal, we didn't and that's a problem. That makes our life not easy. My boys gained a lot of respect again for the way they played and how they've developed. I had so much fun watching that game but we lost it. That's not fun. But I've been in this business for a long time and I have learned to accept." 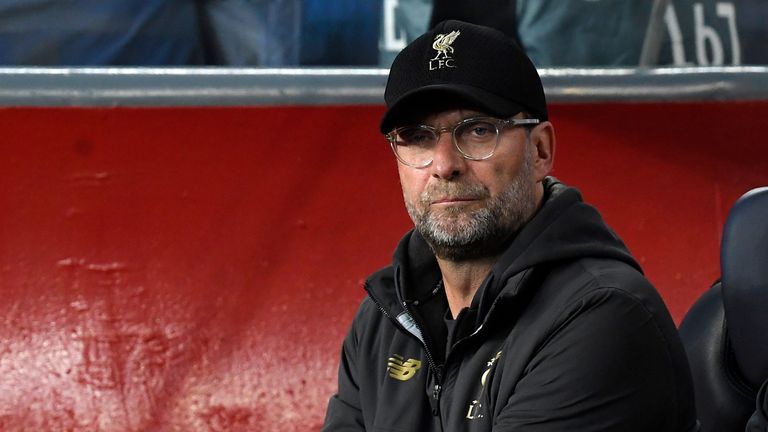 Jurgen Klopp described Liverpool's 3-0 defeat to Barcelona as their 'best away Champions League performance' this season.

The Debate: Is the tie over for Liverpool?

Ray Parlour: "I have to say yes because I still think Barcelona will score away from home with the firepower they've got. It will be interesting to see Suarez going back to Anfield, Messi is always going to get a goal out of something like he did tonight. It's so disappointing from Liverpool's point of view because they put so much into the game. With the chances they had, you'd expect them to score at least one goal tonight."

Jermaine Pennant: "I'm gutted. When they came out, they looked strong, positive and I thought a goal was definitely going to come. Going back to Anfield with that one goal aggregate would have been fantastic. Losing 3-0, you would think Liverpool played badly but I would say over the 90 minutes, Liverpool were the better team and it just shows the firepower of Messi."