Lionel Messi is in PSG's squad for Tuesday's Champions League game against Manchester City at the Parc des Princes; Pep Guardiola reveals his surprise at Messi's PSG move: "It was a surprise for everyone but that's what happened." 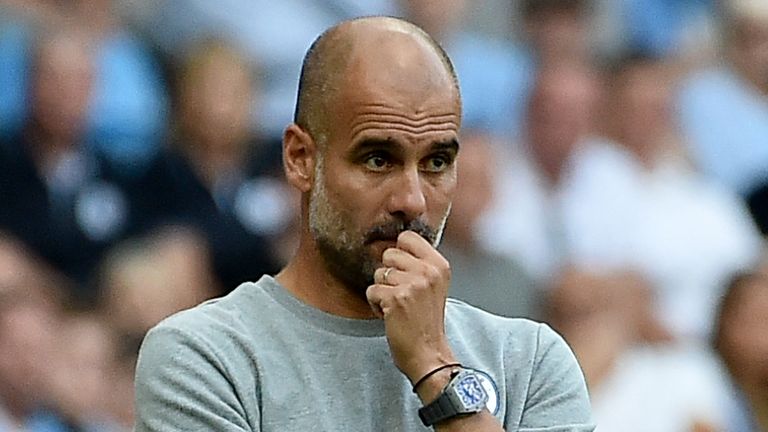 'I don't know how to stop them!' - Pep Guardiola on Paris Saint-Germain's attacking threats

Lionel Messi will be in Paris Saint-Germain's squad to face Manchester City on Tuesday after a knee issue, as Pep Guardiola admits he "doesn't know how to stop" their Champions League opponents.

Messi has missed PSG's last two games but returned to training on Monday.

PSG head coach Mauricio Pochettino would not confirm if the six-time Ballon d'Or winner will start against City in what is a repeat of last season's Champions League semi-final.

"He is in a very good way," said Pochettino. "I think he will be in the squad tomorrow but I still haven't decided on the starting XI."

Guardiola and Messi won 14 trophies together at Barcelona during a four-year period, including two Champions League titles.

When Barcelona could not renew Messi's contract due to financial fair play rules, he was linked with a reunion with Guardiola at City but instead joined PSG on a free transfer.

"It was a surprise for everyone (that Messi left Barcelona) but that's what happened," said Guardiola. "Everyone now accepts it.

"A long time ago you couldn't imagine it but it happened. In life itself you never know what happens. I'm pretty sure he'll be happy in Paris.

"His career is exceptional. Hopefully tomorrow he can play for the benefit of the game."

FREE TO WATCH: Highlights from Manchester City's win against Chelsea in the Premier League

Poch: Messi is the best in the world - but he's human

Since Guardiola left Barcelona, no player has scored more goals against his teams in the Champions League than Messi. 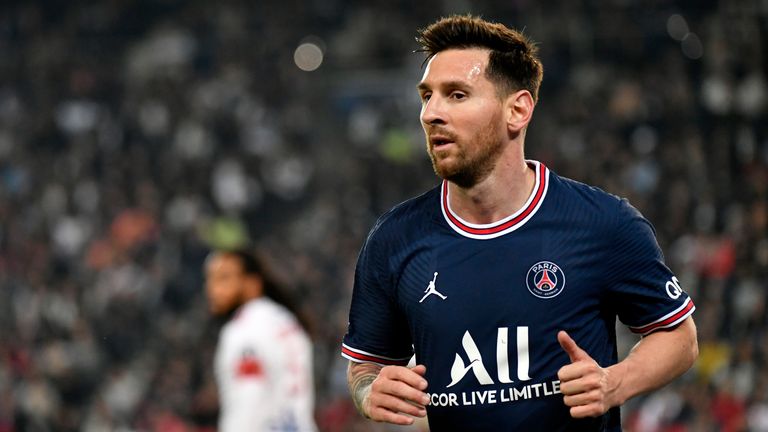 Pochttino: Messi needs time to settle into life at his new club

Messi, 34, is yet to score for PSG though having struggled with fitness issues and injury since his arrival.

He has featured in just three games, completing the full 90 minutes only once, and did not shake hands with Pochettino when he was substituted after 75 minutes in his last game against Lyon.

"Let people work, let the player adapt and start to feel at home."

Pep: I don't know how to stop them, they're so good

Messi started in attack alongside Kylian Mbappe and Neymar in their opening Champions League group game but the trio failed to impress as PSG drew 1-1 at Club Brugge.

Guardiola remains unconvinced his City side will be able to nullify their threat though.

"With this amount of quality I don't know how to stop them, they're so good," said Guardiola. "This amount of talent makes it so difficult.

"They were a fantastic team last season. It was a tight game. And now they have Messi."

"They need time to work in different environments and to link up in a different way than they did in the past," he said.

"PSG are always under pressure and big stars feel pressure for different things but the most important thing is that we are so happy with the squad that we have built. Now we need time."

Since then the French club have bolstered their already star-studded ranks with the additions of six-time world player of the year Messi, Gianluigi Donnarumma and Achraf Hakimi.

Pochettino said: "City have been under the best coach in the world, in my opinion, Pep Guardiola.

"They want to win the Champions League and they are further ahead than PSG in that process but we know that in a football match anything can happen."