Gareth Southgate says he may not be England boss at World Cup 2022, if Euro 2020 goes badly

Gareth Southgate admits that a difficult Euros next summer could mean someone else leading England at the 2022 World Cup in Qatar.

The past week's comprehensive wins against Montenegro and Kosovo saw top spot in Group A wrapped up as well as a place among the top seeds for Euro 2020, where all of England's group matches will be played at Wembley.

England are among the favourites to return to the capital for the semis and final after another impressive year that Southgate will take stock of during an international hiatus that will centre on preparations for what is shaping up to be another unforgettable summer.

Yet it is not just the Euros that the former defender has on his mind. Southgate is heading to Qatar in December as the groundwork gets under way for the 2022 World Cup.

Southgate will watch Liverpool's Club World Cup campaign and look at potential team camps as he looks to get a feel for the country at the same time of the year that the tournament will be played - yet he admits there are no guarantees he will definitely be in charge come the World Cup itself. 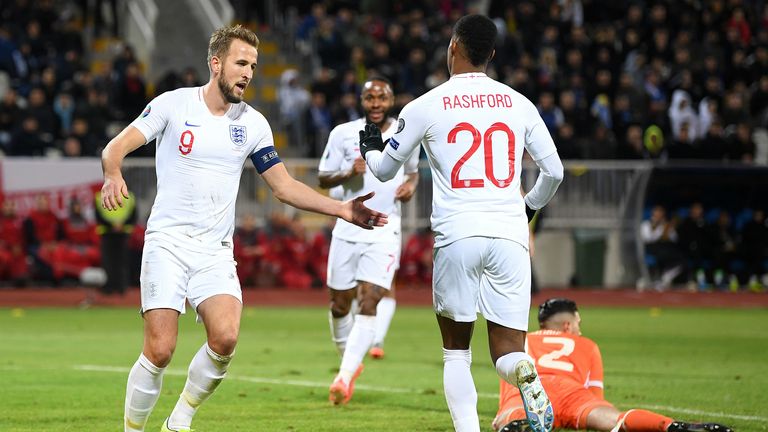 'People can fall out of love with you'

"Well, that will depend very much on how we get on next summer," said Southgate, who is contracted until after Qatar 2022.

"When you have a week like you've had, you sense that people can fall out of love with you and if there isn't a warmth for you to continue, then that can start to affect the team.

"So, I'm realistic about how quickly those tides can turn, but we've always planned short, mid and long-term over the last eight years. 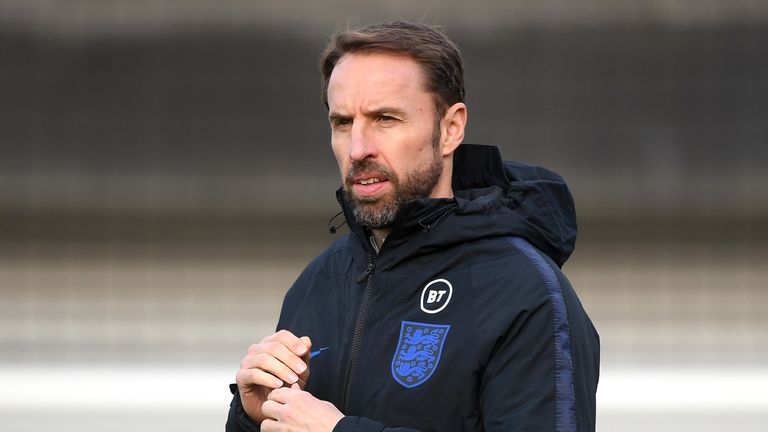 "I think when I started and we looked at other federations, we were almost embarrassed to go and look at where we should be preparing for. And Germany were always there, and they'd already secured the best hotel! So, I think we've had to be a bit bolder and say: 'No, look, it's not a jinx to go and do it'.

"We've got to have belief in what we're doing and execute the right preparation. Without taking any focus off what we're doing next summer, we've got to get the next bit right, otherwise we'll be behind the curve. And I think the best organisations get that short, mid and long-term planning right."

'We should go in feeling confident'

Southgate certainly looks the best man for the job given his impressive work as England boss, although he is coming off arguably his most challenging international meet-up to date after back-to-back wins were somewhat overshadowed. The punishment of a one-match ban for Raheem Sterling's skirmish with Joe Gomez did not sit well with some, while pockets of the Wembley crowd inexplicably jeered the latter upon his introduction against Montenegro.

Southgate will be in close contact with the duo during a break that lasts until March's friendlies, just as the England boss will be making personal visits to his other players rather than hold a get-together like Roy Hodgson did ahead of Euro 2016.

"In this period, if you're going to bring the group together, there's got to be a real purpose," he said. "And that, for me, can't be just we're going out for dinner, you know?

"So, I don't think that's realistic. We didn't do it ahead of Russia. Their schedule with the clubs is so intense. So I think it's better to individually get to them, and we can pick up pretty quickly in March where we're at. "I think preparation-wise, we got that pretty close to spot on in Russia, so we obviously have the draw, which then will enable us to finalise friendlies, and that sort of thing."

England intend to spend some time abroad before the Euros get under way in June, when Southgate is looking to embrace the expectation that has come with a swashbuckling qualification campaign and last year's run to the World Cup semi-finals.

"I think we've got to accept that," he added. "We should go in feeling confident about ourselves and, equally, we know there are areas of the game we've got to get better at.

Who should Southgate pick if England's opening game at Euro 2020 was tomorrow?

That was the question posed to Sky Sports' panel of experts after England ended a record-breaking European Qualifiers campaign with an impressive 4-0 victory in Kosovo.

Who should partner Harry Maguire? Who holds the key in midfield? See who our reporters and pundits picked and then have a go at selecting your starting XI.

READ IN FULL AND PICK YOUR ENGLAND XI