Marcus Rashford reported for England duty with a foot injury and will return to Manchester United for rehabilitation; Bukayo Saka misses out with hamstring issue; Gareth Southgate will not call up replacements for Albania and Poland games

Marcus Rashford and Bukayo Saka will play no part in England's World Cup Qualifiers against Albania and Poland due to injury.

Rashford reported to St. George's Park with a foot injury that ruled him out of the 5-0 win over San Marino on Thursday and, following further assessment, it has been decided he will continue his rehabilitation with Manchester United.

Saka had remained at Arsenal for further assessment on an ongoing hamstring issue with the hope of joining up with the England squad but will now not be available.

Saka suffered his injury against Tottenham before playing 74 minutes of the 3-3 draw with West Ham.

England manager Gareth Southgate is not calling up any replacements for the two players.

Southgate has also spoken of managing striker Harry Kane's game time during the international triple-header, with Spurs boss Jose Mourinho saying he hoped the striker could reach a "compromise" with Southgate over playing time. 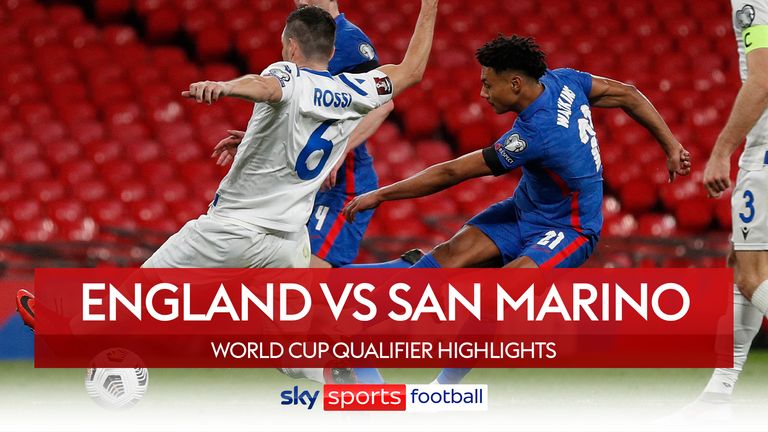 "If I allowed Harry to make that decision, he would play every minute," Southgate said on Wednesday. "That won't be happening.

"We have got to be mindful he had extra time last Thursday and another high-intensity game last Sunday, so we have got situations with a lot of the players, really, and we have got to make sure we manage the fixture correctly."

Kane was rested for the comfortable win over San Marino, FIFA's lowest-ranked side, with Ollie Watkins scoring on his international debut and Dominic Calvert-Lewin striking twice.