Ben White is yet to represent England at any level, but the versatile 23-year-old - who has played at defensive midfield and right-sided roles as well as centre-back this season - is set for a call-up to Gareth Southgate's provisional Euro 2020 squad on Tuesday afternoon

As reported elsewhere, White was notified of the news on Monday night.

The 23-year-old is understood to be surprised but elated by the inclusion, and hopes to force his way into the final 26-man squad.

Southgate will officially name his provisional squad at 1pm on Tuesday before giving a press conference at 2pm - the England manager must then submit his final squad by June 1. 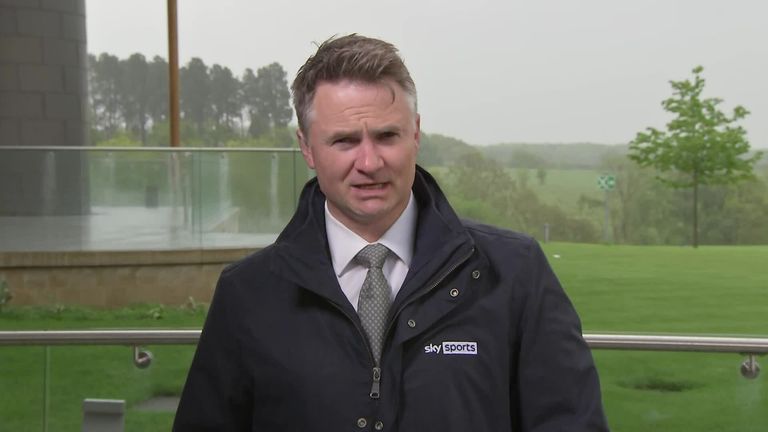 Gareth Southgate is likely to select more than 30 players in his provisional England squad for Euro 2020, Rob Dorsett reports

White, a versatile player who has played at defensive midfield and right-sided roles as well as centre-back this season, is yet to represent England at any level.

He started 36 Premier League games this season, and Southgate was in the stands to watch Brighton's 1-1 draw with West Ham earlier this month.

"He was outstanding. I described him as a Rolls Royce. He moved as eloquently as a footballer can. I think he'll play at the top level and I think he'll represent England."

White is a Brighton academy graduate, and had loan spells at Newport County, Peterborough United and most recently Leeds United in 2019-20.

For a profile of the Premier League's young stars earlier this year, White was described as a "Rolls Royce" of a defender by Newport manager Michael Flynn, who tipped the player for an England call-up.

Flynn told Sky Sports News: "I knew he was going to be a bright star just by watching him day-in, day-out. When he goes and puts in the performances he did against the likes of Leeds and Tottenham, then you start realising how good he can be.

"He was outstanding. I described him as a Rolls Royce. He moved as eloquently as a footballer can. He was quicker than he looks, he read the game exceptionally well for somebody of that age, and he was a great lad all-round. His attitude was first class.

"For me, my biggest concern was whether he could handle the physicality of League Two. But he played against the ex-Brighton captain Adam El-Abd [when Newport faced Wycombe Wanderers] and there was a 50:50 in the corner. Ben's gone straight through him, come out with the ball and hit a 60-yard diag.

Ayling said: "I've got no doubt that he'll play for England soon and play many games for them. He'll probably go to one of the top teams in England and probably win the league and that because he's that good, I think."