Germany vs England: FA to make renewed appeal for fans to behave in highest-risk fixture in four years

England play Germany on June 7 in Munich in a match viewed by UK police and security officials as the highest-risk England fixture in four years; England have been given a suspended one-match supporter ban and play Italy next month with no fans present following disorder at the Euros

The FA will make renewed appeals for England fans to behave during the upcoming game against Germany in Munich amid fears that repeated violence may impact their hopes of hosting Euro 2028, and force more marquee matches to be played behind closed doors.

UK police and security officials within the FA are understood to have real concerns about Germany vs England in the Nations League on June 7. The match is seen as the biggest away game and highest-risk England fixture in four years.

The feeling within Wembley is that the FA are on a "yellow card" with UEFA, and they need to rebuild the nation's footballing reputation following the disorder which marred the final of Euro 2020.

England against Italy at Molineux next month is already being played without fans, as the FA serves a UEFA ban as punishment for last summer's violence at Wembley.

But officials are acutely aware that as part of that punishment they are also carrying a suspended one-game supporter ban, which could quickly be enforced if there is further trouble.

That could potentially mean England vs Germany in September being played at an empty Wembley Stadium if fans do not behave. There are also concerns that any more trouble could seriously hinder the joint Home Nations and Ireland bid to host Euro 2028. 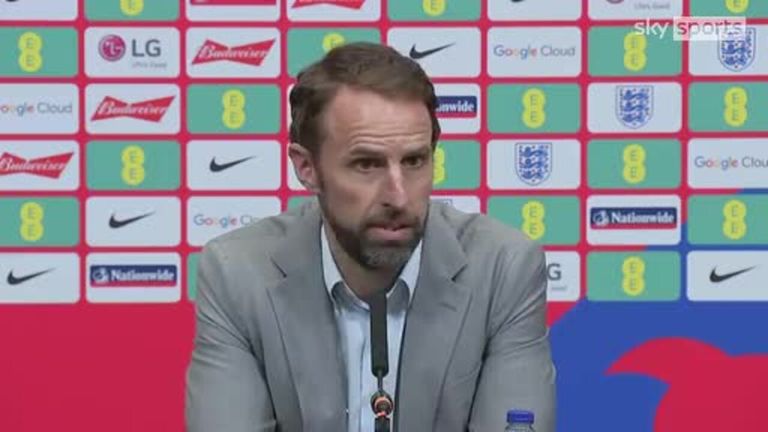 England manager Gareth Southgate says the recent incidents of fan disorder are 'a concern' and a wider reflection of the problems within society.

There are 3,466 supporters with official England Supporter Club tickets for next month's game against Germany but it is expected more than double that number will travel to Munich for the game. More than 6,000 requests for tickets were received by the FA for the game.

In total, 1122 football banning orders are already in place for known troublemakers, with 880 required to hand their passports in to police a week before the Germany game.

The Nations League match is classified by the UK Football Policing Unit as high risk. It comes the day after the annual D-Day celebrations, and police are concerned an 8.45pm kick-off allows the possibility of all-day drinking in the city.

Fans will be asked directly by FA officials and fan groups to refrain from anti-German chanting and any references to World War 2.

Local police officers will be stationed at all UK airports to monitor flights out to Germany leading up to the game, with powers to prevent anyone suspicious from boarding a flight.

The fact the game is midweek comes as some relief to security officials, who feared the numbers of travelling fans would be even greater if the match were during the weekend.

The German FA has also agreed to enforce an alcohol ban within the whole of the Allianz Arena - a move widely welcomed by English authorities. But nevertheless, the match poses the greatest risk for disorder since the game against the Netherlands in Amsterdam in 2018, which saw 114 England fans arrested.

UK officers will be on the lookout for any illegal drug use, which has been highlighted as a key factor in increased fan violence in recent years. The Government is introducing legislation that will mean a mandatory five-year football ban for anyone caught dealing or taking drugs at football, but that measure will not be in place in time for this fixture.

In Germany, both police and FA security teams have significantly boosted their resources.

The UK Football Policing Unit will send its biggest delegation to Munich since before the coronavirus pandemic, including six "spotter" teams, who will try to influence good behaviour with early interventions, and record any bad behaviour to enforce new football banning orders once fans are back in England.

The FA will have three security advisors working directly with the German authorities, along with 12 specialist stewards who will liaise directly with England fans.

The FA is also aware of the potential that England fans might be targeted by German hooligans outside the Allianz Arena, as has happened in Berlin and Dortmund in the past.