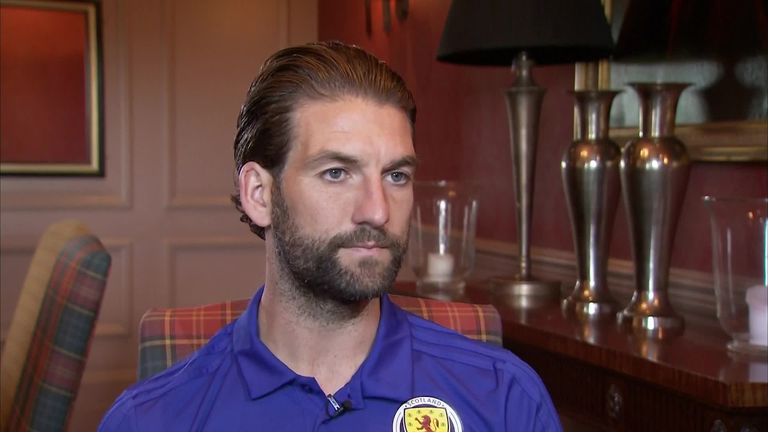 Charlie Mugrew disagrees with Scotland captain Andy Robertson’s assessment of their performance against Russia, insisting the tea were not "a bag of nerves" after taking an early lead.

John McGinn's early opener put Scotland in the driving seat against Russia before a 40th-minute Artem Dzyuba strike and a second-half Stephen O'Donnell own goal condemned Steve Clarke's side to their second straight defeat. 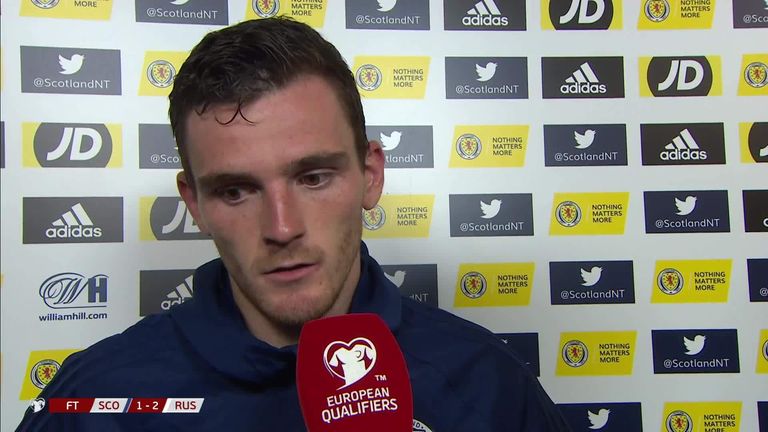 Robertson was scathing of the entire team after the game, barring goalkeeper David Marshall, telling Sky Sports Scotland did not show up and played with a lack of belief, adding they were a bag of nerves after taking a 10th-minute lead.

But Mulgrew feels Robertson's analysis was incorrect, adding the timing of Russia's equaliser gave the game a completely different complexion.

"We started well - which proves we weren't - but just for whatever reason we kind of sat back and they managed to score just before half-time.

"If we'd have got in at half-time and discussed that sitting back wasn't the best game-plan then it might have been a different night. But it's all ifs and buts, now we've just got to learn from it and make sure it doesn't happen again." 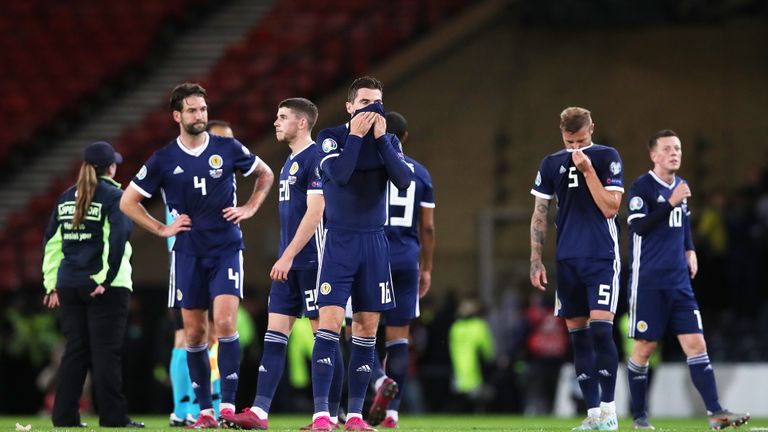 Scotland host Belgium, live on Sky Sports Football on Monday night, and Mulgrew believes they are due a good result against one of the world's top teams.

"We've had some really positive results and good results [during my eight-year international career]," he said.

"So as far as beating a big nation it's very difficult these days. They are top, top players and they are coached very well and they are well prepared to go into every match.

"I don't know [when we will manage to beat a top team]. Hopefully that will come soon and Monday night would be no better time."