Steve Clarke: Scotland boss says Euro 2020 squad expansion has given him 'a lot to think about'

UEFA will allow nations to name 26-man squads - three more than initially planned - in an attempt to ease the load on players; Clarke confirms Scotland training camp in Spain along with venues for friendlies against Holland and Luxembourg 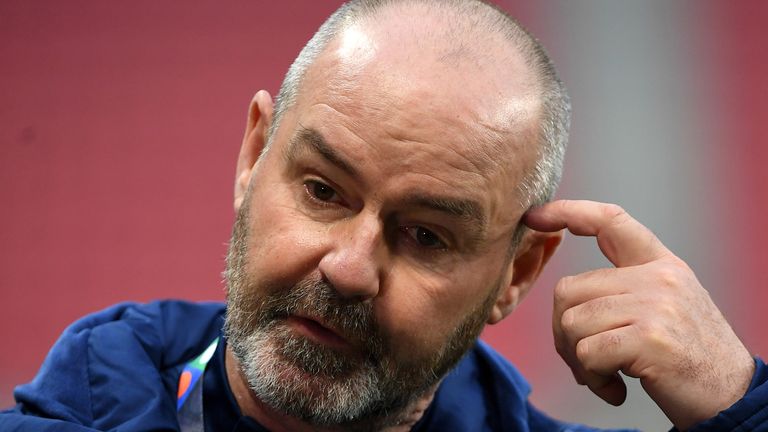 Scotland boss Steve Clarke admits he had already 'nailed down' 23 players for Euro 2020 before UEFA expanded squad sizes to 26.

Scotland boss Steve Clarke has admitted the expansion of squads for Euro 2020 has given him "a lot to think about" after he had "more or less" decided on a 23-man squad.

It emerged on Tuesday that UEFA will allow nations to name 26-man squads - three more than initially planned - in an attempt to ease the load on players following a condensed season caused by the coronavirus pandemic.

"I only found out about that yesterday," Clarke told Sky Sports News on Wednesday. "I'd sort of more or less nailed down the 23 in my head, so it's given me a lot more to think about.

"Obviously it will make the job when you're there more difficult because you're leaving players out that won't be involved in the games, but it's a chance for some players that might have missed out to be in the squad and to experience the whole atmosphere of a major tournament, which will be good."

UEFA have set a June 1 deadline for submitting squads, but Clarke says he will name a provisional squad before that date for Scotland's pre-tournament camp, which is likely to mirror his final selection.

Clarke confirmed that Scotland have been given clearance to travel to Spain for warm-weather training, before flying to Portugal to take on Holland in a friendly, and then travelling to Luxembourg for a final warm-up fixture.

"I don't want to take somebody away for four days and then tell them that they're not going to be part of the squad," Clarke said.

"If I name 26, the 26 that are announced will be a provisional squad because things can change, it won't be too far off the official squad for the tournament."

'Always a chance' for fringe players

Despite having had a strong idea of the final group of players he wished to take to the tournament, Clarke has urged those on the fringes of his squad to show their worth over the final weeks of the club season. 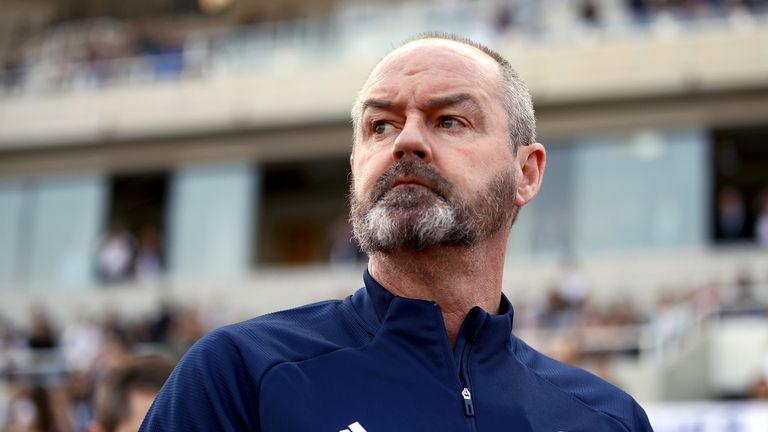 Sky Sports News reporter Charles Paterson analyses which Scotland players could benefit with UEFA set to expand this summer's Euro 2020 squad sizes from 23 to 26 players due to the coronavirus pandemic.

"You never know what's going to happen in football," Clarke said. "Injuries are part and parcel of the game, so it might be that you're thinking you won't be involved because you haven't been in recent squads, but there's always a chance for people to be involved.

"So everyone has to go out there and do their best, as I'm sure they will do because we're coming to the end of the season where the prizes are given out, so everybody wants to do well for their clubs, and then the selection will be what it is, and some will be happy, some will be disappointed, but that's just the nature of the job."

'Middlesbrough base will keep us out of spotlight' 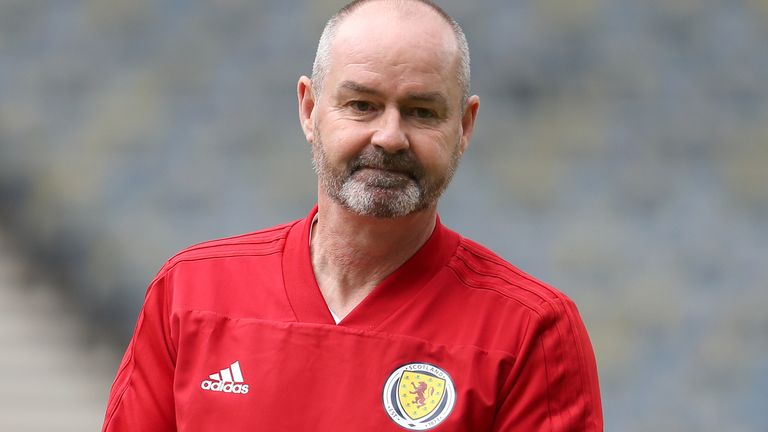 Steve Clarke says he is pleased Scotland have been able to confirm a pre Euro 2020 training camp in Spain, along with friendlies against Holland and Luxembourg.

When Clarke's side return from their preparations on the continent, they will be based in England at Middlesbrough's training ground, with their usual Edinburgh base having already been chosen by Group D opponents, the Czech Republic, who selected Oriam before Scotland had qualified for the tournament.

Clarke believes the relocation could work out in Scotland's favour as they prepare for fixtures in Glasgow against the Czech Republic and Croatia, along with a trip south to Wembley to face England.

"I think it will be good to be away from Scotland, away from the intense spotlight. The centre we use at Oriam for our home games is a public facility so I'm pretty sure there would have been a lot of people standing on the banking and trying to look in and see the sessions, so we probably take that out the equation a little bit.

"It means that we can prepare for the tournament quietly."