The Football Association of Wales postponed Ryan Giggs' press conference on Tuesday following allegations against the manager; Robert Page to take temporary charge of matches against USA, Republic of Ireland and Finland 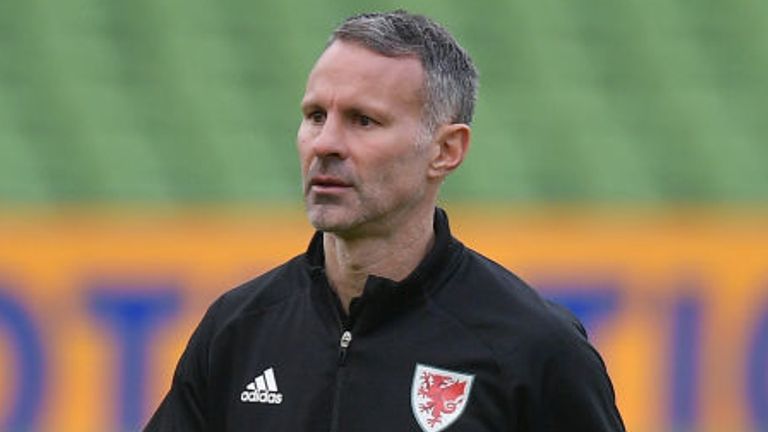 Ryan Giggs will not be involved in Wales' upcoming international camp after being arrested on suspicion of assaulting a woman.

The 46-year-old manager was arrested and later bailed over an alleged row with "on-off girlfriend" Kate Greville at his home, The Sun newspaper reported.

Wales play the United States in a friendly on November 12 before Nations League games against the Republic of Ireland and Finland.

"The Football Association of Wales and Ryan Giggs have mutually agreed that he will not be involved in the upcoming international camp," said an FAW statement.

"Our agreed immediate priority is preparing the team for the upcoming international matches.

"Robert Page, with Ryan's support, will take charge for the next three matches against the USA, Republic of Ireland and Finland supported by Albert Stuivenberg."

A statement released on behalf of Giggs on Tuesday morning said: "Mr Giggs denies all allegations of assault made against him.

"He is co-operating with the police and will continue to assist them with their ongoing investigations."

Wales were due to announce their squad on Tuesday morning for the three games, but those plans were shelved on Monday night as news broke of Giggs' arrest.

"The Cymru squad for these upcoming matches will be announced on Thursday 5th November," the FAW said.

"The FAW will not be making any further comment at this current time."

In a statement provided to The Sun, Greater Manchester Police said: "Police were called at 10.05pm on Sunday to reports of a disturbance. A woman in her 30s sustained minor injuries but did not require any treatment.

"A 46-year-old man was arrested on suspicion of section 47 assault and section 39 common assault."