Stephen Kenny: Republic of Ireland manager turns attention to future after missing out on Euro 2020

Republic of Ireland missed out on Euro 2020 play-off final courtesy of a penalty shoot-out defeat by Slovakia; Republic of Ireland face Hungary on Tuesday at 7pm, live on Sky Sports Football, before starting their World Cup qualification campaign in Portugal on September 1 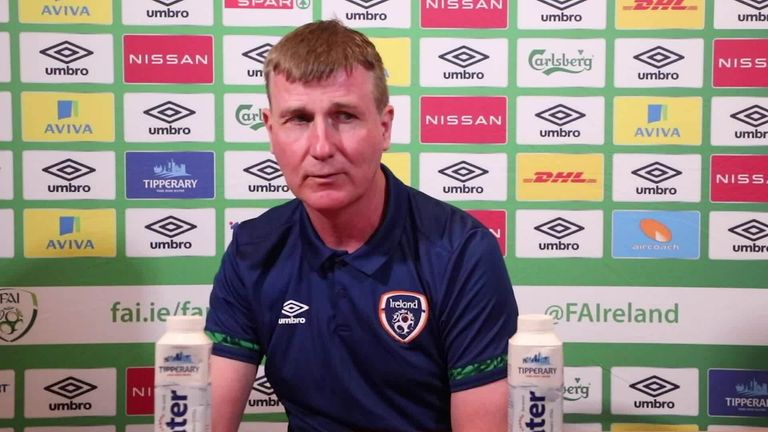 Republic of Ireland manager Stephen Kenny says his players are relishing the challenge of facing Hungary on Tuesday, live on Sky Sports, but admits it will be a tough test

Stephen Kenny will watch the Euro 2020 finals from afar knowing how close he came to being there with the Republic of Ireland.

Kenny, who replaced Mick McCarthy as manager in April last year, inherited a play-off semi-final showdown in Slovakia and having seen his preparations disrupted by Covid-19 protocols, could only look on as Ireland missed out on a final against Northern Ireland courtesy of an agonising penalty shoot-out defeat in Bratislava.

As a result, he will be cast in the role of interested spectator this summer as he runs the rule over Portugal, Ireland's next opponents in the World Cup qualifying campaign, still wondering what might have been, but focusing on the future.

Kenny said: "Listen, it's incredible to get to the European Championships. For a country like Ireland, it would have been amazing, there's no doubt about that.

"Our performance in Slovakia - we dominated that game for long periods and to lose on penalties was the cruellest of fates, but there's nothing we can do about it.

"We have to move on and look forward. Of course everyone is hurt to lose that game and not be a part of it, but there are lots of things we can learn - I can learn - from the Euros, watching the trends in international football. They are constantly changing.

"Of course we would much rather be part of that, I can't deny that, for sure." 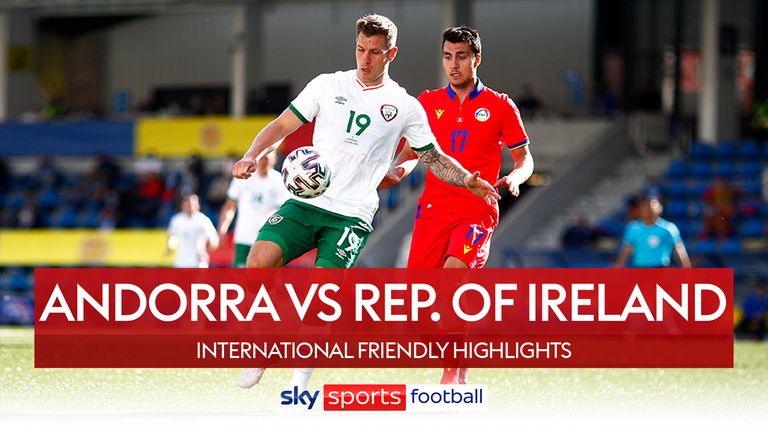 Ireland will test themselves against one of the finalists, Hungary, in a friendly in Budapest on Tuesday evening - live on Sky Sports - having finally ended their wait for a first win under Kenny at the 12th attempt in Andorra.

The Hungarians will represent a much sterner test as they attempt to hone their approach to an intensely difficult group which will pitch them into battle with the Portuguese, France and Germany, and it will give the Republic boss a further chance to gauge a difficult season of international football.

He said: "Listen, I would have wanted to do better than I have overall, there's no doubt. I wouldn't try to paint a different picture.

"I think there's a clear vision of the team we want to create. I want the team to have a clear identity. We have 13 players that made their senior international competitive debuts - that's quite a radical shift - and we are creating a stronger squad going forward for the three-game windows, a team that the supporters can identify with.

"Overall, we are looking for a good performance in Hungary. We'll want to finish the week strongly and take that into the September window because we have nine points to play for, Portugal, Azerbaijan and Serbia, tough matches.

"We want to have a strong September and we want this week to help us to do that and give us the platform to do that." 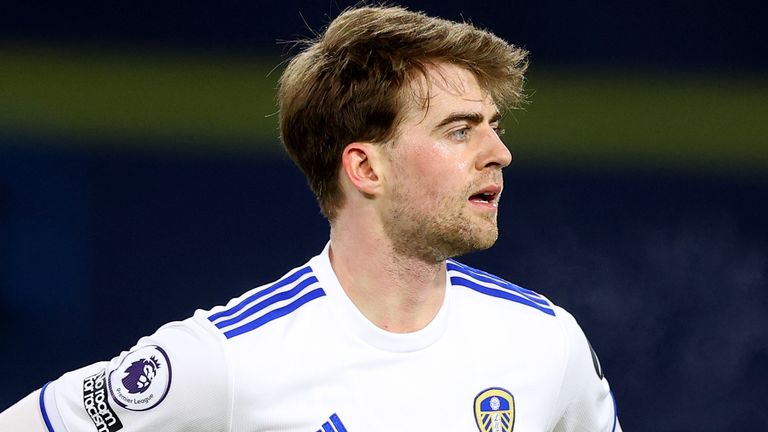 Defender John Egan knows what lies ahead, but is relishing the chance to lay down a marker for September.

He said: "They're a really good team. They're obviously going to the Euros and they are probably full of excitement at the moment, so we're going to be under no illusions it's going to be an easy game or whatever.

"We know it's going to be a really tough game. But we believe in ourselves, we want to go and put on a good performance and try to get a result.

"It might be a friendly, but we just want to try and build momentum to take ourselves into the next round of internationals, and that's what we'll try to do tomorrow night."