Celtic defender Liam Scales has been called up by the Republic of Ireland squad for the first time with Alan Browne and Callum Robinson also drafted in for Saturday's World Cup qualifier against Azerbaijan.

Scales, who joined Celtic from Shamrock Rovers last week, was included by Ireland boss Stephen Kenny after defensive duo Dara O'Shea and Nathan Collins were ruled out due to injury.

Both players have been cleared to link up with the squad as Ireland seek their first win in the World Cup qualifiers after three straight defeats. 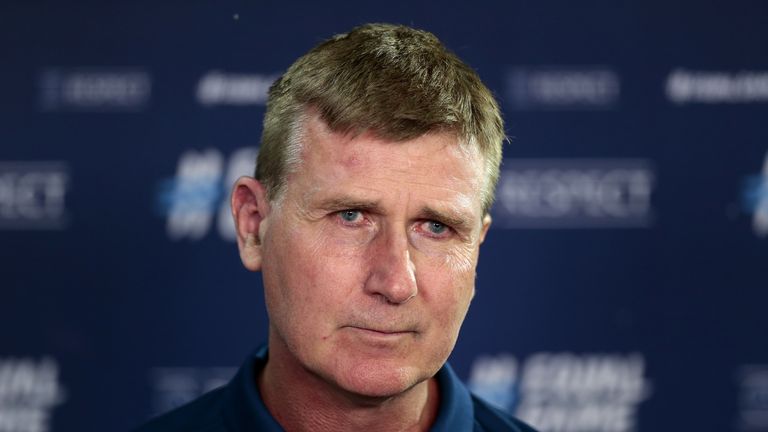 Kenny urged his team to maintain the standards they set in Portugal and break their duck at the Aviva Stadium.

He said: "We're at home, we want to really play with intensity, it's very important for us. We want to go and put in a strong performance and get the victory that we desire.

"Azerbaijan had very close games themselves with Serbia and Portugal, and we've seen Qarabag get to the group stages (in the Europa Conference League) and comprehensively beat Aberdeen during the week, so we'll have to earn the right to win, there's no doubt about that.

Matt Doherty, who delivered one of his best performances for Ireland against Portugal despite feeling unwell, said the players need to back up their display in Faro with a first win in Group A.

"We know that we're kind of going in the right direction in terms of performance, but we're here to win games," said the Tottenham defender.

"We didn't obviously manage to do that, but Azerbaijan is the next game, so that's what we want to do. We need to get three points to get up and running."