Stephen Kenny: Republic of Ireland boss says his side must turn 'excellent spirit' into wins

Republic of Ireland have won only once in 16 attempts since Stephen Kenny took charge of the side; Kenny: "The spirit is excellent, but we have to turn that into wins"; watch Azerbaijan vs Republic of Ireland live on Sky Sports Football from 4.30pm on Saturday; kick-off 5pm 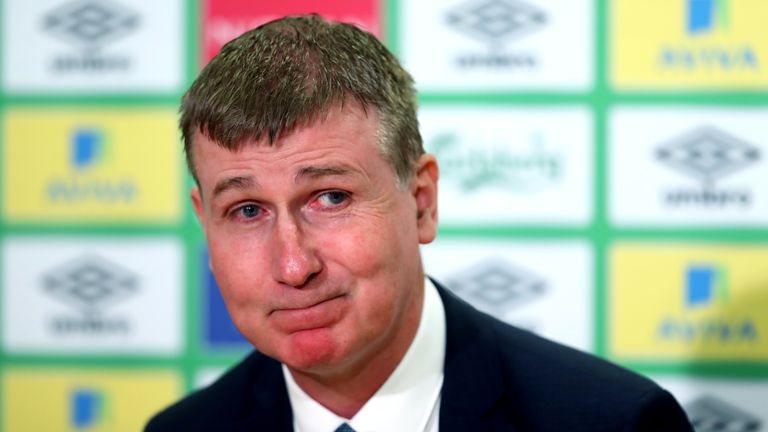 Stephen Kenny remains convinced the Republic of Ireland are heading in the right direction but must turn their "excellent spirit" into wins.

Ireland have won only once in 16 attempts under Kenny - a friendly against minnows Andorra - and have not tasted victory in any of the 12 competitive fixtures they have played under his charge.

While there appears to be popular support for his retention - and crucially also from his employers - there are those who believe defeat in Saturday night's World Cup Qualifier in Azerbaijan should represent the final straw with a trip to Qatar already beyond his team.

Asked if they have to win in Baku, Kenny said: "I can't dwell on the negative aspect of what happens if we don't win. We just have to focus on trying to win the game, that is our objective.

"I think the players' attitude has been excellent, the spirit is excellent, but we have to turn that into wins. We realise that and I think we have to bring that into the game and try to get that win.

"The players are very determined, they have shown a terrific attitude and we want to go and win the game on Saturday."

Asked further if he could understand the criticism he has received, he added: "Yes, of course I can. I'm not above criticism.

"It's clear what our objectives are and we just want to try to achieve them on Saturday. Criticism is part of it, I can accept that. We just have to prepare the team and try to get the victory that we need on Saturday."

The Republic of Ireland needed a late Shane Duffy equaliser to draw 1-1 with the Azeris, who prop up Group A, in Dublin last month and although they emerged with a creditable draw against Serbia three days later, Kenny's reviews continue to be mixed. 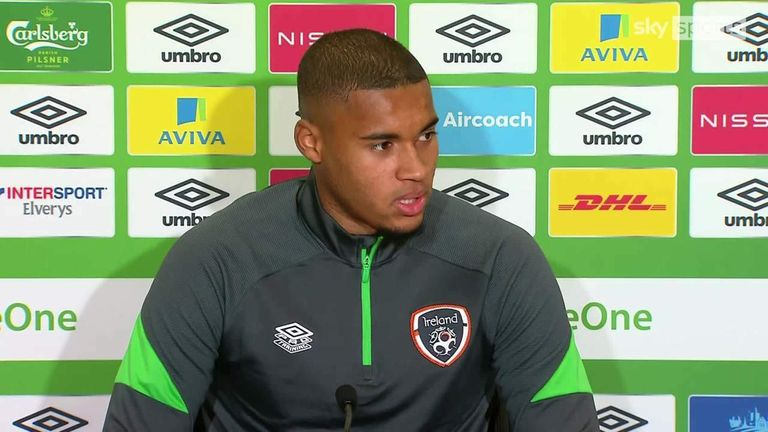 However, they were desperately unfortunate not to win in Portugal as a last-gasp Cristiano Ronaldo goal rescued the home side, and West Brom striker Callum Robinson has called for patience.

Robinson, back in the squad for the qualifier and next Tuesday's friendly against World Cup hosts Qatar after a second bout of Covid-19, said: "You go to Portugal - I know I was isolating, but watching the lads, that was up there with one of the best performances I've seen from the boys.

"If there wasn't a Ronaldo, we would have got the win that night. Serbia, I thought the lads were great in that game as well.

"These are top, top teams who have high-end quality players, and we have proven that we can not only go up against them battling, but we can play a lot of football against these teams and get chances, so it is, I think, small margins and hopefully we can get those wins on Saturday and Tuesday.

"We're going in the right direction. It's hard for fans to see that because it is about results. I've been involved in football for a long time. We can feel it coming."