Steven Gerrard interview: Rangers boss embracing the pressure as he tries to sustain a winning culture at Ibrox

In an exclusive interview with Sky Sports, Rangers manager Steven Gerrard discusses the need to deal with the pressure at the club as his team tries to retain their title "I think we have got to use the experience of last year as our base, our standard, our level that we do not want to drop under but you are always trying to improve, get better and strive for more," Steven Gerrard tells Sky Sports.

Rangers' title win in March was wildly celebrated, its historical significance lost on nobody. But when you are at the most successful league side in world football, it is the next trophy, the 56th, that matters. Gerrard knows that. The heat is on again.

Defeat to Dundee United in their second game of the Premiership season ended a run of 40 unbeaten in that competition. Two defeats either side of it, as Rangers were eliminated from the Champions League by Malmo, bring financial consequences too.

Having ended one dynasty, this was supposed to be about building another of their own. One title down, how many to go? But following the highs of the spring, this is already Gerrard's most difficult start to a season of his managerial career.

Fortunately, he is well used to life in the cauldron.

"We live under the pressure on a daily basis - it is a pressure that needs to be embraced," Gerrard told us after the win over Livingston.

"We need to be excited about that and use it as motivation to make sure that this season is a success as well."

He knows too that even the most spectacular of journeys need to happen one step at a time. For Gerrard, it is the next one that will always be the most important.

"I don't think there is any harm in dreaming and being ambitious. But at the same time, I do not think anybody is going to benefit from looking too far ahead. The focus should be on this season and the challenges that are right in front of us." 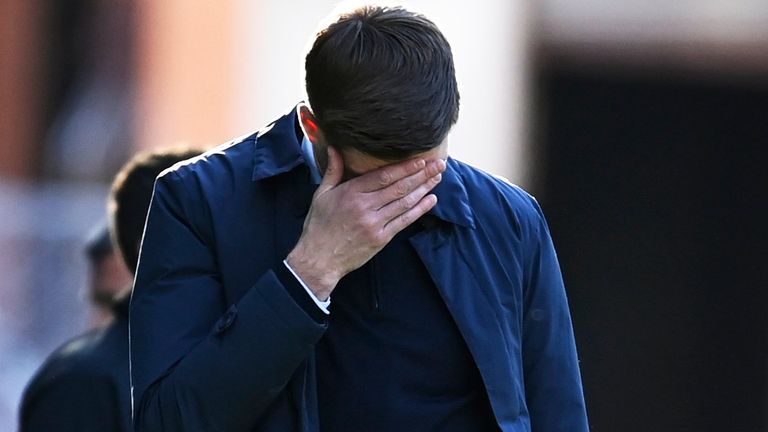 Those challenges are mounting. Some are beyond his control. The phased return of players from tournament duty this summer. European suspensions. Even the return of crowds played its part in the loss at Tannadice, Dundee United roared on by almost 5,000 fans.

Other issues are for him to address. The lost Champions League revenue risks hastening a high-profile departure or two, and handling that rebuild will be key. New signings such as John Lundstram need to be assimilated, their talent fully utilised.

The club's oft-discussed player-trading model may need to come to the fore. Gerrard's ambition is that three years of work in creating a winning culture at Ibrox will ensure any changes to personnel will only add to that culture rather than detract from it.

"Creating an environment for players to learn and to grow and to be successful, that does not happen overnight," he explains.

"That is something that we have had to build here.

"We have needed a certain amount of windows. We have had to recruit and get the right support from the board to have the right people within that so it works.

"I think you need good individuals within it.

"I think you have to recruit the right people with the right talent, but it is important that those people bring a lot more than just talent. They have to put everything around that so that they can perform consistently for you." 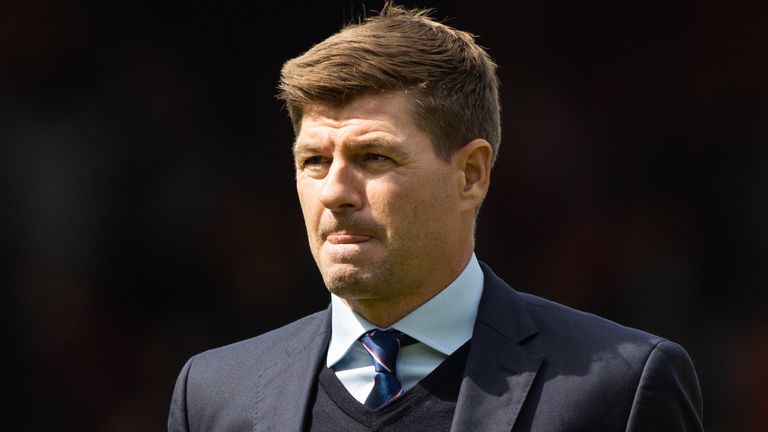 Consistency is the watchword now. His team can no longer be invincible in the league, but they can win it, while success in the domestic cup competitions is an area for improvement. In Europe, amends must be made, as much as is possible, in the Europa League.

At Rangers, one title was never going to be enough.

"Obviously, the club is built on success," he says.

"Previous players and managers, those connected with the club, have built a really successful history here at the football club. Now it is our turn. It is our responsibility to add to that, to make sure that this club continues to be successful moving forward."

Gerrard acknowledges that "it is important in this game to have internal targets" but there will be little talk of titles, of dynasties, or anything beyond the big games that loom ahead. "I don't think we have to worry or concentrate beyond that," he adds.

"We got a lot of success by really staying in the now and worrying about the next challenge." He smiles. "Everyone is going to get really bored of that language. I am sorry about that."