Manchester City hope to complete the signing of Julian Alvarez from River Plate before the end of the January window; 21-year-old has been likened to Sergio Aguero and top-scored in Argentina's Primera Division last season 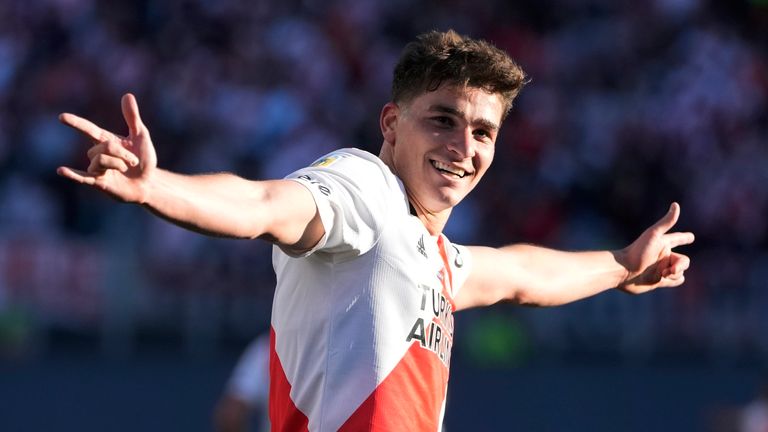 Manchester City are in talks to sign Julian Alvarez from River Plate as Pep Guardiola aims to strengthen his forward line following the departure of Sergio Aguero last summer.

The 21-year-old is viewed as the next big star to come out of Argentina following a breakout year with River Plate during which he also won five caps for his national team.

Alvarez is known to idolise Aguero, City's all-time top-scorer with 260 goals in 390 appearances for the club, but is there substance to the comparisons as he is linked with a move to the Etihad Stadium?

It is only in recent months that Alvarez has emerged as a target for Manchester City but the forward has long been on the radar of Europe's elite. In fact, he spent a month on trial in Real Madrid's youth academy when he was only 11 years old.

A move did not materialise on the back of that trial, due in part to age restrictions on foreign signings in Spain, but within a few years he was picked up by Argentinian giants River Plate, the club he supported as a child.

Alvarez impressed at youth level, both for his club and internationally for Argentina, and in the summer of 2018 he was part of a group of young players who travelled with the country's senior squad to the World Cup in Russia to take part in training sessions.

The experience of rubbing shoulders with Lionel Messi, Aguero and the rest served Alvarez well, and when he returned to River Plate he was promoted to the first-team squad by long-serving manager Marcelo Gallardo.

Alvarez, still only 18, was thrown on with the scores level in the first half of extra time, a huge show of faith by Gallardo which paid off as River went on to beat their bitter rivals 3-1 and lift the trophy.

Gradually, Alvarez's importance to River grew, and before long he was not just training with Argentina's senior side but playing for them too, making his debut as a substitute in a World Cup qualifier against Chile in June of last year.

A month after that, he was named in Lionel Scaloni's 24-man squad for the rescheduled Copa America in Brazil.

There was fierce competition for places in attack, with Messi, Aguero, Lautaro Martinez, Angel Di Maria and Joaquin Correa also involved, but Alvarez made two substitute appearances on the way to Argentina's triumph in the final against the hosts.

Once again, his involvement with the national team served as a catalyst for his club career.

Alvarez had already shown his ability to contribute goals and assists at River playing primarily as a winger, but after that tournament, when the Argentine Primera Division season commenced, he was moved into the middle and his output exploded.

The standout moment came in October, when he produced a match-winning performance in a 2-1 win over Boca Juniors at River Plate's El Monumental home, becoming the first player to score twice in a Superclasico since Gonzalo Higuain in 2006.

"If you shine in a Superclasico, it changes your life," said Gallardo afterwards. "The fans burst their palms from applauding him so much when he came off," wrote journalist Maximiliano Benozzi in Argentine newspaper Clarin. Alvarez had become a star.

River would go on to unseat Boca as champions, clinching the crown around six weeks after that victory at El Monumental, and Alvarez finished the campaign as top scorer, hitting a total of 18 goals in just 21 appearances at a rate of one every 88 minutes.

His finishing ability stood out but so too did his creativity, with only five players in the division registering more assists and only six creating more scoring opportunities. 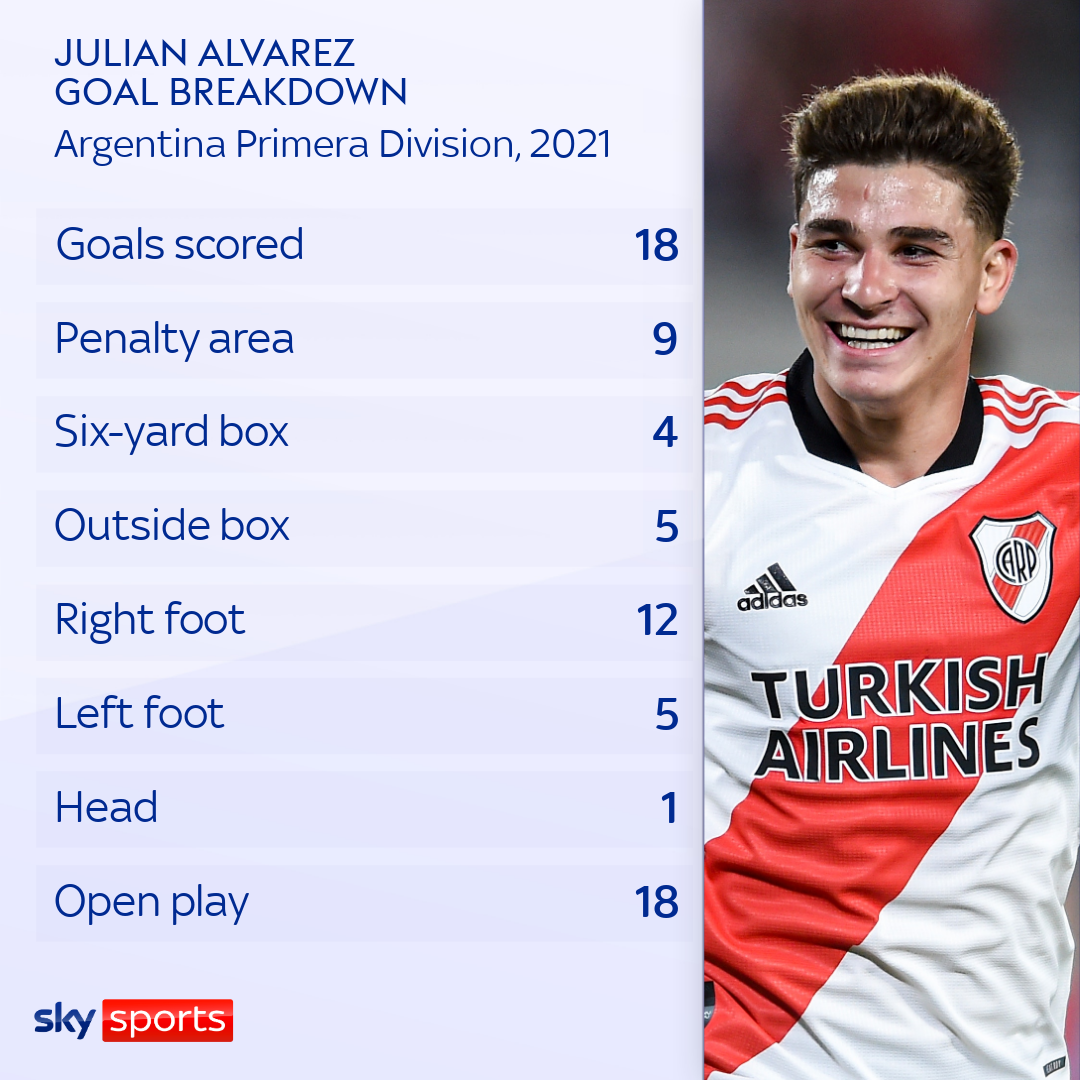 Where he clearly differs form his idol, however, is in his positional versatility. Alvarez now plays up front for River but he is not an out-and-out striker like Aguero. In fact, he is similarly effective off the right and spent his younger years operating as winger.

It remains to be seen whether he will even come close to matching the extraordinary standards set by his idol, should a move to City go ahead. Reports suggest he would initially stay at River on loan before moving to England later this year. But Alvarez's star potential is already clear.