Martin Tyler's stats: Most own goals, fewest different scorers in a season

Martin Tyler returns with the best stats and facts from the weekend's Premier League action.

Who has scored the most own goals in a season? Is Fernando Llorente on course to set a record? Has any team ever had fewer different scorers in a season than Sunderland?

Read on for the answers and don't forget to try to answer Martin's tricky teaser...

I was at Stamford Bridge on Monday. Middlesbrough have not won in their last 19 league visits to Chelsea - drawing six and losing 13 - since March 1975, when they won 2-1 in the old First Division. They have not scored in their last eight visits (12 hours of Premier League football) and the last goal that Middlesbrough scored at Stamford Bridge was by Alen Boksic in September 2001. Chelsea led 2-0 in that game through two Jimmy Floyd Hasselbaink goals (he was there on Monday), but Boro came back to draw 2-2.

Chelsea have won the last six meetings home and away without conceding, scoring 17 goals in the process. Boro's last goals and win over Chelsea was August 2006 when Mark Viduka scored a last-minute winner in a 2-1 home win. 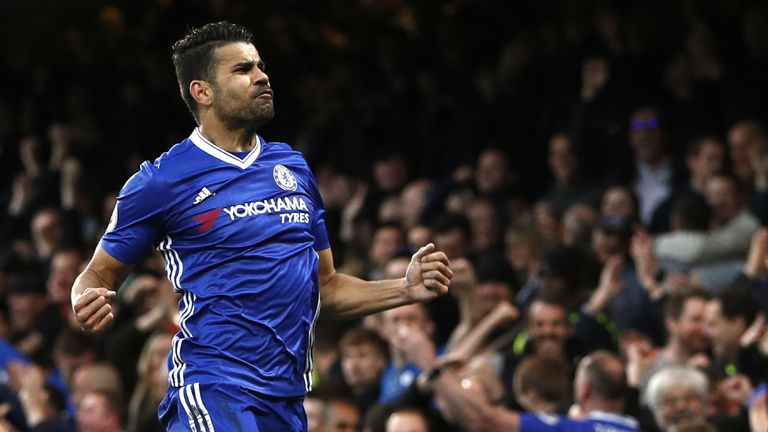 Cesc Fabregas became the first player to reach double figures in assists in six different seasons. In my commentary, we were told Opta hadn't given him an assist for the first goal because it deflected off Fabio, so I didn't say it until after the third goal. However, Opta have reviewed it - from my knowledge the first assist that has ever been reviewed - and have now awarded him two assists. I would give credit to Opta for showing common sense. Reviewing assists is as important as reviewing goals!

Fabregas also overtook Ryan Giggs and Wayne Rooney, who have had 10 assists in five different seasons. Cesc now has 106 career assists in the Premier League - and is second in the all-time list, but has a lot of goal-making to do to catch Giggs on 162.

Bournemouth have scored five own goals this season. Is that a record? (Kyle)

Leicester hold the record, having netted eight own goals in the 2003/04 season when they were relegated.

Southampton were also relegated from the Premier League in 2004/05 after scoring seven own goals, with Danny Higginbotham and Andreas Jakobsson both turning into their own net twice.

The most recent teams to score six own goals in a season were Liverpool and Sunderland in 2013/14.

Martin Skrtel was responsible for three of Liverpool's own goals that season while Phil Bardsley scored two for Sunderland.

The goals accreditation panel are pretty hard on own goals these days, so I think we are likely to see more own goals going forward.

Most own goals in a season

MARTIN SAYS: Thanks to our friends at Opta, I can tell you Arsenal hold the record in 1993/94 when they had just six different scorers, and that was in a 42-game season.

Ian Wright was the Gunners' top scorer in the league with 23 goals followed by Kevin Campbell on 14 and then Paul Merson with seven. Alan Smith scored three, Ray Parlour two and Steve Bould one.

Arsenal finished fourth that season but were comfortably the lowest scorers in the top four with just 53 goals (they benefited from three own goals).

Fulham and Burnley have both had only seven different goalscorers in a Premier League season.

There are several teams like Sunderland who have had eight different scorers in a season. 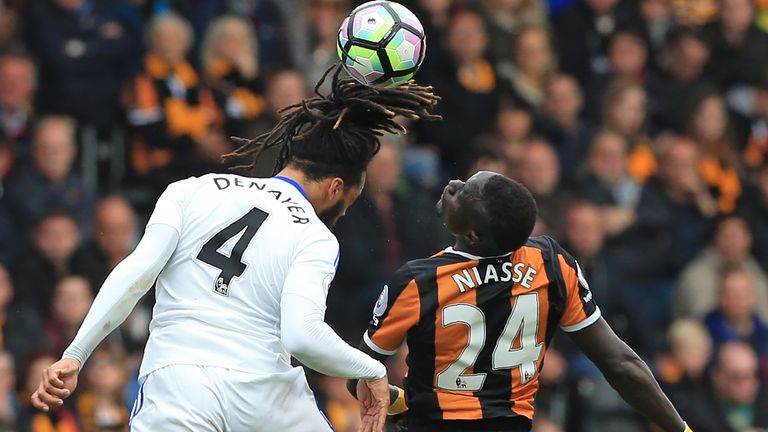 Billy Jones scores in Sunderland's win at Hull on Saturday

Tottenham did it in both 1994/95 and 1995/96 when Jurgen Klinsmann and Teddy Sheringham were their top scorers in the league respectively.

Odion Ighalo (15) and Troy Deeney (13) scored the majority of Watford's goals in 2015/16, with no other player managing more than two in the league.

Goals, but no assists

Fernando Llorente has scored 13 goals for Swansea this season but hasn't made one assist. Who has scored the most in a season without an assist? (Jack)

MARTIN SAYS: There are only three players who have scored more than Llorente in a Premier League season without providing an assist.

Benni McCarthy holds the record with 18 goals in 2006/07 for Blackburn without a single assist. The striker was the second-highest scorer in the league that season behind Didier Drogba (20).

Juan Pablo Angel scored 16 times in the league for Aston Villa in 2003/04 without any assists, with the Colombian's goals helping Villa finish sixth in the table.

Demba Ba played for both Newcastle and Chelsea in 2012/13, but although he scored 15 goals for the two clubs he did not provide any assists.

And Matt Le Tissier also netted 13 for Southampton in 1996/97 without any assists which is surprising, given his creative abilities and set-piece abilities.

Portsmouth have now won all four divisions. Has any other club done this? (Martin)

MARTIN SAYS: Pompey are the fifth club to achieve the feat, and the second to complete the set this season after Sheffield United won League One.

Portsmouth are three-time winners of the Third Division and won the First Division in 1948/49 and 1949/50. They won the Second Division/Championship in 2002/03 before winning the Fourth Division/League Two this season.

They also won the Football League North in 1945/46 when the top two divisions were split up during the Second World War.

Burnley, Preston and Wolves are the other teams to have won all four divisions.

Wolves have won Division One, Division Two and Division Three on three occasions and were crowned Division Four champions in 1987/88.

Craig Shakespeare has won his first five home games. What's the best record for a manager at the start of his Premier League career? (Oli)

MARTIN SAYS: Shakespeare is in esteemed company as only three other managers have won their first five home games in the Premier League.

Manuel Pellegrini holds the record of 11 in a row with Manchester City. The run, which included a 7-0 win over Norwich, 6-0 win over Tottenham and a 6-3 victory against Arsenal, was ended when Chelsea won 1-0 at the Etihad on February 3, 2014.

Sven Goran Eriksson managed nine in a row with Man City before a 2-2 draw with Blackburn on December 27, 2007.

Carlo Ancelotti's seven-match winning home run with Chelsea was ended by a 3-3 draw against Everton on December 12, 2009.

Sky customers can now upgrade to Sky Sports for the Premier League run-in and an unmissable summer of sport. Upgrade now!