Mourinho tells Alli: ‘Are you Dele or Dele’s brother? Play like Dele'

Tottenham head coach Jose Mourinho has begun his master-plan to get the best from Dele Alli, revealing talks in which he asked him: "Are you Dele or Dele's brother?"

Alli, whose form has picked up recently after injuries contributed to some below-par displays over the last 18 months, replied to Mourinho: "I am Dele".

And, after replacing the sacked Mauricio Pochettino this week, the new Spurs head coach said: "Okay, so play like Dele." 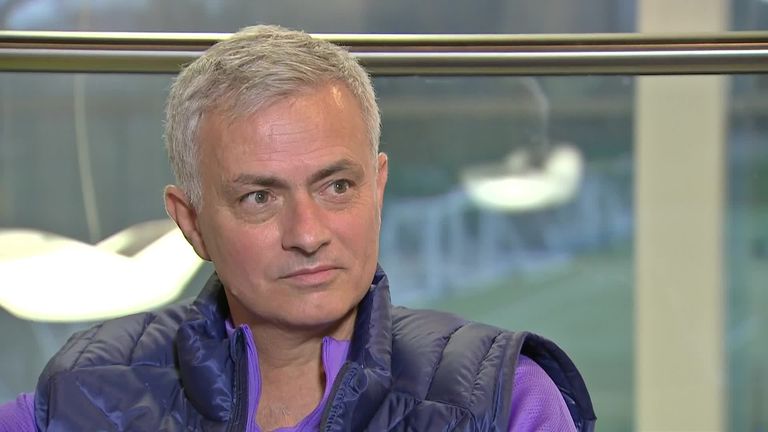 Jose Mourinho did not hide his delight at becoming Tottenham head coach in a sit down interview with Sky Sports News.

Mourinho believes the 23-year-old has the potential to be a top player and wants to create an environment that can help him achieve it.

"I already spoke with him," Mourinho said. "I think he is potentially a fantastic player. Now I have to try to create a tactical situation that he is happy with.

"I have to give him the right dynamic, prepare him physically well - because he had important injuries too and he's not on the top of his form.

"On Saturday, if he plays, I can't expect him to go there and be man of the match. But (we have) to go through a process that can bring the real Dele back because the real Dele is the one that has impressed us in the past."

Mourinho has already said he is planning to challenge for every trophy during his time at the club - and he believes titles are what Harry Kane needs to also realise his stature.

"He is one of the best strikers in the world no doubt," said the 56-year-old. "I think he just needs his team with him, England or Tottenham. He just need his team to go with him to the next level, which is titles.

"I think he needs to win, with us and England. He needs to bring something to highlight the quality he has, the goals he scores."

Kane is likely to continue the captaincy in Hugo Lloris's absence as Spurs travel to West Ham for Jose Mourinho's debut as Tottenham head coach this Saturday lunchtime.