Heung-Min Son wants to stay at Tottenham for the rest of his career but coronavirus has impacted negotiations, says Jose Mourinho; forward's contract runs until 2023; Spurs reported losses of over £60m in their most recent annual accounts

Heung-Min Son wants to spend the rest of his career with Tottenham, believes Jose Mourinho, but the Spurs boss says efforts to extend the forward's contract have been hampered by the coronavirus pandemic.

Son has been one of the outstanding players in the Premier League this season, scoring 13 goals in 21 games to help Spurs to the top of the table and into the Europa League knockout rounds.

But the club announced last month that they had made losses of £63.9m for the year ending June 30, 2020 - having made a profit of £68.6m in the previous 12 months - with coronavirus having a "material" impact on their finances, according to chairman Daniel Levy.

Mourinho said: "How can you sign a new contract with a player? You don't know what is going to happen next season. You don't know if you can offer the player a better contract than they have now. It's a very strange moment.

"I just trust Sonny and Daniel Levy. I know that both want him to stay, if possible, for life, if possible until the end of the career.

"I see Sonny signing a new contract here but I don't press for something to happen now because probably it's not the right moment.

"I'm not a money man but I wouldn't like to be the owner or the CEO of one of these football clubs living with this instability."

Jose Mourinho has given Tottenham the belief they can now beat anyone, but that inner resolve will be tested to the full when his side face Premier League champions Liverpool in a top-of-the-table clash at Anfield on Wednesday night. 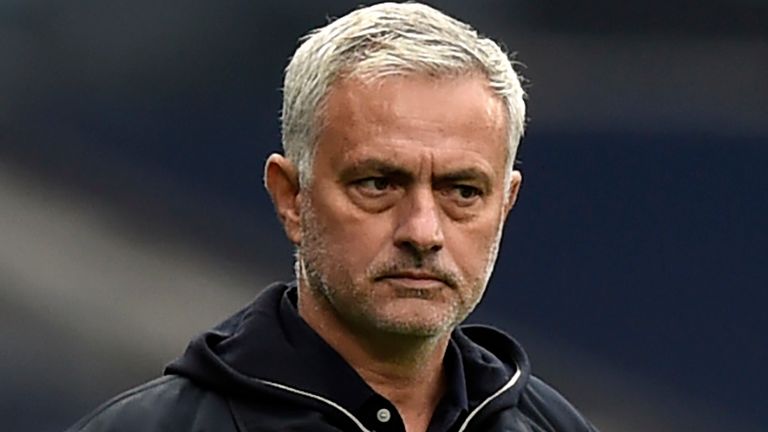 Mourinho travels to Merseyside with his Tottenham team sitting top of the Premier League, albeit only on goal difference from Liverpool, and unbeaten in the league since an opening-day defeat at home to Everton.

That underwhelming 1-0 loss prompted suggestions that Mourinho's tactics were outdated, while the Portuguese himself even calling out some of his "lifeless" players for their "lazy pressing".

Fast forward three months, though, and Spurs are now in top spot on the back of the longest unbeaten run in the top flight as the 'Special One' attempts to end the north London club's 60-year wait for the title.

So how has Mourinho transformed a team who were in the bottom half of the table and on a five-game winless streak when he replaced Mauricio Pochettino last November, to one now challenging for the title and believing they can end Liverpool's record-breaking 65-game unbeaten home league run?