Jose Mourinho was sacked by Tottenham on Monday after 17 months in charge, six days before the Carabao Cup final against Manchester City; Mason will be joined by Chris Powell and Nigel Gibbs as interim assistant head coaches

Tottenham have appointed Ryan Mason as interim head coach until the end of the season.

Jose Mourinho was sacked on Monday after 17 months in charge, six days before the Carabao Cup final against Manchester City.

Former Spurs and Hull midfielder Mason, who was forced to retire from playing in 2018, steps up from his role as head of player development at the club.

Following the departure of Jose Mourinho, we can now confirm that Ryan Mason will take charge as Interim Head Coach for the remainder of the season.#THFC ⚪️ #COYS

Chris Powell and Nigel Gibbs will assist him, while Ledley King stays on as a first-team coach and former goalkeeper Michel Vorm returns to the club as a goalkeeping coach.

It is understood Mason, who is currently in the process of completing his UEFA Pro License, has been put in charge because he is considered by the club to be close to many senior members of the squad, as well as impressing as an academy coach and then the head of player development.

His first game in charge is a Premier League match with Southampton on Wednesday, before leading his boyhood club out at Wembley on Sunday in the Carabao Cup final - both games live on Sky Sports.

Spurs chairman Daniel Levy said: "We have great belief in this squad of talented players.

"We have a cup final and six Premier League games ahead of us and we shall now focus all our energies on achieving a strong finish to the season."

After joining the club as an eight-year-old, Mason played 70 times for Spurs between 2008 and 2016 before moving to Hull.

However, just six months into his stay at the Tigers he suffered a fractured skull that eventually forced him to retire 12 months later.

He returned to Spurs soon after in a coaching capacity and was named as the club's head of player development in the summer of 2019. 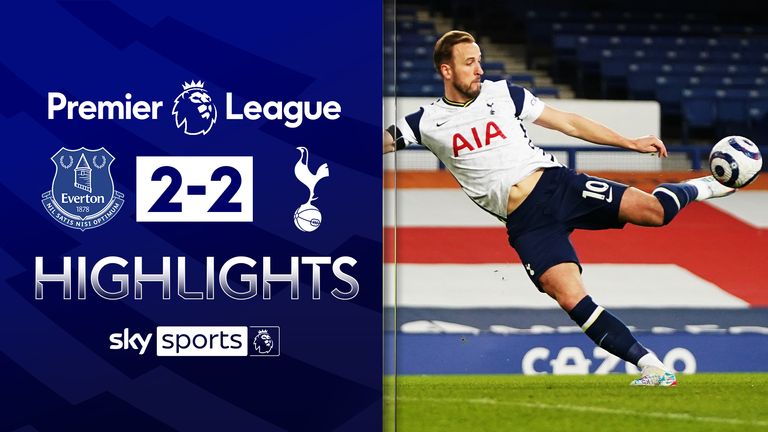 FREE TO WATCH: Highlights from Everton's draw with Tottenham Hotspur in the Premier League

Carra: Jose finished in the PL

Mourinho replaced Mauricio Pochettino at the Tottenham Hotspur Stadium in November 2019, leading the north London club to a sixth-placed finish in his debut campaign in charge.

However, this season has seen Tottenham struggle under the Portuguese, with the club currently five points adrift of the Champions League places. The former Chelsea and Manchester United manager has lost 10 league matches in the same season for the first time in his career. "Would he go to a middle of the table club? I just don't see him there, I really don't. It's either international football or maybe Italy. The Italian champions this year will be Inter Milan, with Antonio Conte, who plays his type of football - so maybe you can get away with it a little bit more in Italy, because it was certainly a turn-off for Spurs supporters.

"I couldn't see light at the end of the tunnel for Spurs. My argument was, was winning the Carabao Cup for Spurs supporters enough to keep Jose in a job, looking to the future?

"I always thought, keep him until the cup final, he's great in one-off games, maybe not as much now, but I think Spurs have got less chance of winning now, and Pep Guardiola will be pleased when he sees that.

"Unless the players have gone to Daniel Levy and the feeling inside the club is that bad that they actually feel they do have more chance of winning at the weekend. Or Daniel Levy felt that if he won that cup it would make it more difficult to move him on."