Ange Postecoglou verbally agrees personal terms with Celtic; Australian is set to replace Neil Lennon, who resigned in February, as manager at Parkhead; Celtic hope to have Yokohama F. Marinos boss in place in time for pre-season training camp in Wales on July 5

The Parkhead club are hoping to have the Australian in place in time for their pre-season training camp in Wales, which begins on July 5.

Should he complete his move to Celtic, Postecoglou - who is currently in charge of Yokohama F. Marinos - would need to come through 10 days of quarantine before he could begin work. 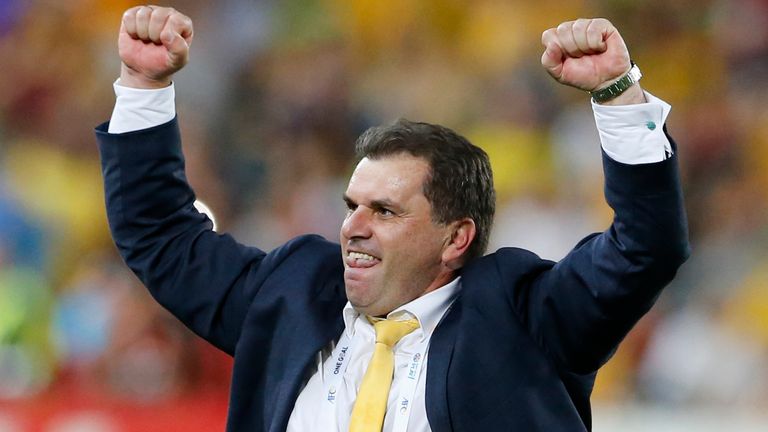 Ange Postecoglou will bring an exciting and attacking brand of football to Parkhead if he becomes the next Celtic manager, says Mark Bosnich

Celtic have already agreed a compensation fee for the 55-year-old with Yokohama, although the Japanese side are refusing to comment on the story.

As well as finalising terms with Postecoglou and Yokohama, Celtic will also need to be granted approval by UEFA to appoint the Greek-born boss as he does not hold the required Pro License.

The Scottish Premiership runners-up have applied to the governing body for an exemption, known as a 'recognition of competence procedure', and are understood to be confident that Postecoglou's 25 years in management will see their application approved.

Postecoglou has been in charge of Yokohama since February 2018 and led the club to the Japanese title a year later.

He has also coached Brisbane Roar - where he won the Australian title - and Melbourne Victory, while he led Australia to success in the 2015 Asian Cup during his four-year spell in charge of the national team. 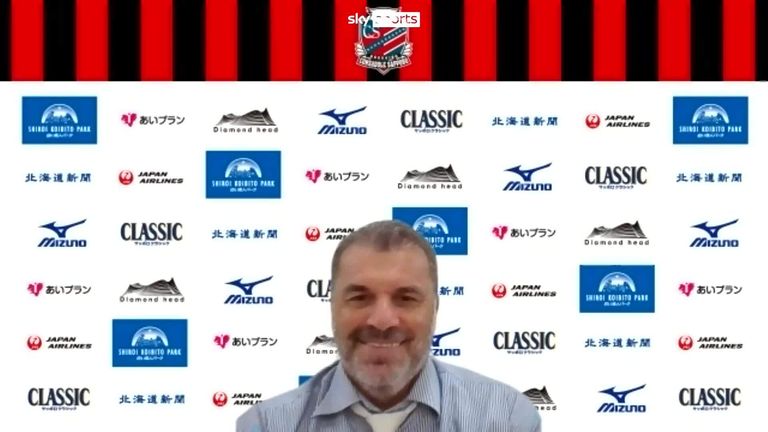 Ange Postecoglou would not be drawn on speculation linking him with the Celtic managerial vacancy during a Yokohama F. Marinos press conference, stating he is just focused on the Japanese side

Celtic's players are expected to return to their Lennoxtown training ground on June 17, before heading for their nine-day training camp in Wales.

The trip to Wales will include three behind-closed-doors friendlies against Sheffield Wednesday, Charlton and Bristol City.

Celtic's Champions League qualifiers - they will enter the competition in the second qualifying round - are scheduled to begin in the week commencing July 19.

Appointing Ange Postecoglou as Celtic manager would be a "big risk", according to former Australia goalkeeper Mark Bosnich.

Celtic targeted the former Australia boss after negotiations broke down with Eddie Howe. The board have been searching for a new manager since Neil Lennon resigned in February.

Bosnich told Sky Sports News: "He did have a fantastic time here at a club called Brisbane Roar, where he pretty much revolutionised the way football was played over here. And he's won the title in his first foray into Asia.

"I can understand the angst from Celtic supporters because winning the title here in Australia and winning the title in Japan is not managing in the Scottish Premiership, and nor is it managing a club the size of Celtic, whose worldwide support is right up there, and they're an absolutely massive club.

"If he does get appointed, he does deserve a chance, but it is a big risk - there's no doubt about that."