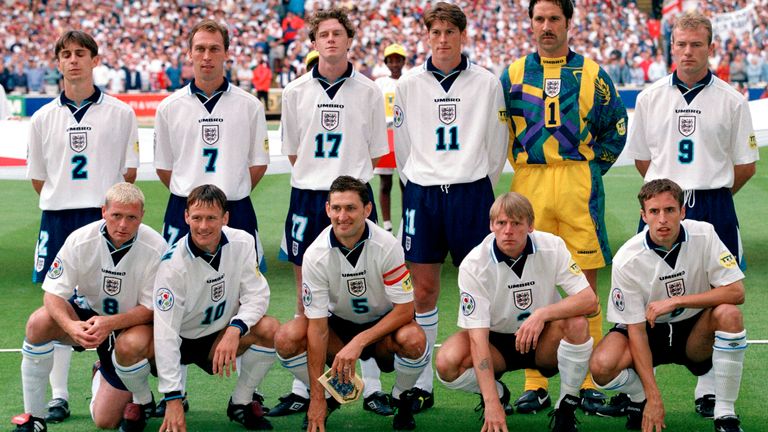 Tony Adams, who captained England at Euro 1996, reflects on his memories of the tournament on home soil and assesses the current Three Lions side under former team-mate Gareth Southgate.

"Football's coming home!" The chant that has become so synonymous with England at international football tournaments is being sung proudly again in the streets at Euro 2020, including by former captain Tony Adams.

England, managed by Adams' Euro 1996 team-mate Gareth Southgate, face Scotland at Wembley in their second group-stage match on Friday, with a chance to reach the last 16 with a victory.

Both Adams and Southgate played crucial roles 25 years ago - Adams wore the captain's armband in 1996, while Southgate missed the crucial penalty in the semi-final shoot-out defeat to Germany.

Adams, now a self-anointed fan like the wider public in the country, is optimistic his "big pal" Southgate is forming a team togetherness that could propel England to major tournament success.

"I see the players now and they are all together," Adams tells Sky Sports News.

"They are a good squad of players, they might not be the best-talented team in the tournament in my opinion, but this tournament is an underdog tournament.

"Sometimes the team with the best group of players doesn't win this competition.

"Over the course of a league, 38 games, the best players usually win the league.

"When it comes to a cup competition… where it really matters in those situations is the team spirit, the team can be so much more powerful than the individuals in these teams."

Adams was the leader at Euro 96 in both title and his on-field presence under the management of Terry Venables as the Three Lions captured the imagination of supporters during the tournament on home soil.

Back in 1996, England began with an uninspiring draw against Switzerland, before a 2-0 win against Scotland was followed by a dominant display against Netherlands as they grew into the tournament.

Adams admits the morale the team built was in part a result of the criticism the players faced over their drinking session on a pre-tournament trip to Hong Kong.

"We had big-time players, great individuals but we also had a group of players that were together.

"With the Hong Kong incidents, we took collective responsibility from that and drove us all as a tight-knit unit."

Reflecting on the win against Scotland and Paul Gascoigne's memorable goal and subsequent iconic "Dentist's Chair" celebration, Adams says: "It was just like him to win the day. It kind of got us rolling in the tournament.

"After the Switzerland game, going into Scotland, we really got going after that piece of skill which was just magical. It was a piece of genius that he looped the defender and slotted it away.

"He got the credit and all the accolades that he deserved afterward."

Adams' side would go on to beat Spain in a penalty shoot-out in the quarter-finals, before the heartbreak of defeat to Germany in the last four.

England finally overcame their penalty pain to beat Colombia on their way to reaching the 2018 World Cup semi-finals under Southgate. 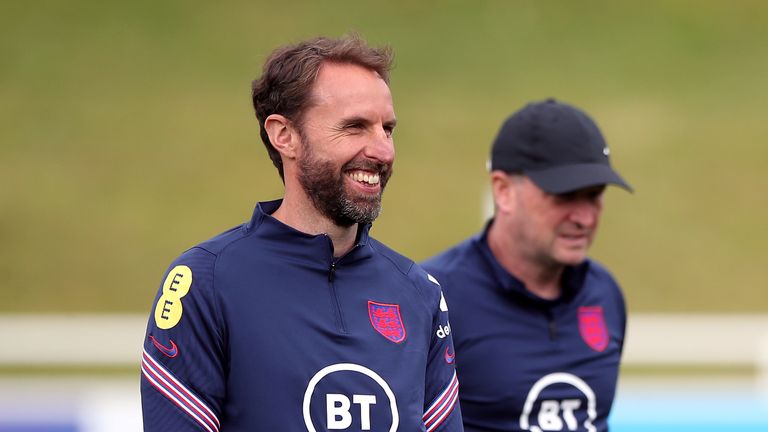 Gareth Southgate and Harry Kane assess the significance of the occasion and how England can use the energy of their fans against Scotland at Wembley.

"He is just a wonderfully warm human being and he just deserves all the credit he is getting at the moment," Adams says of the job Southgate is performing as the national team boss.

So just what is achievable for England, who began their Euro 2020 campaign with victory against Croatia, this summer?

"I see goals in this team, a lot of creative players," Adams says. "I don't think we will be short of goals.

"I am very impressed with the Italians and how they started the tournament and they are going to be resilient.

"I always look at defences and to win this tournament you are going to have to put in good defensive displays. Whether we can do that or not I am not sure.

"There has already been redemption. I am not going to hold this against him because he has had a talented season, but John Stones did go to sleep when we lost to Croatia in 2018 and already we have overcome that.

"Maybe we do go and play Germany, or we do have a penalty shootout and we do win it and we do go to the next level. Dreams are free!"