Scott Parker on Bournemouth ambition, Fulham pride and drive to be a success in the dugout

"I've come here to be successful. I want to get this club back in the Premier League"; Watch Bournemouth vs West Brom open the new Sky Bet Championship season live on Sky Sports Football from 7pm - kick-off 8pm 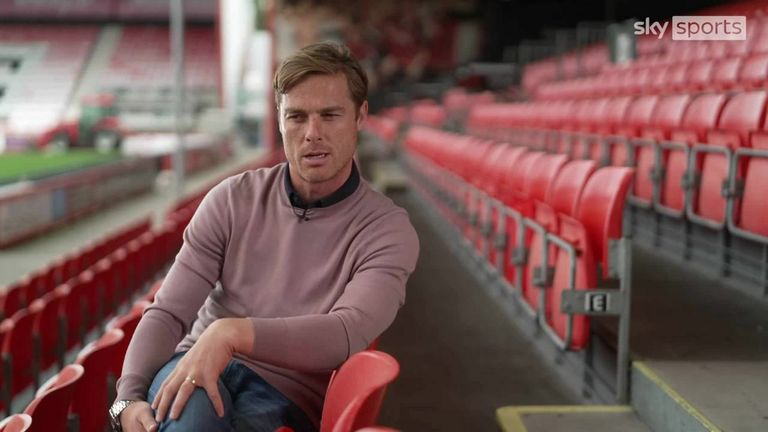 Scott Parker speaks exclusively to Sky Sports' David Craig about his new challenge. Watch more of the interview ahead of Bournemouth vs West Brom on Friday, live on Sky Sports

Scott Parker can no longer get chalk on his boots as a player but his drive from the dugout is just as strong as he prepares for another Championship promotion tilt.

Parker led Fulham to the Premier League through the play-offs last season in his first managerial job, before relegation prompted a mutual parting of ways this summer.

But he is relishing a new challenge at Bournemouth and as he lays out his plans in search of long-term success on the south coast, his ambition burns brighter than ever.

"I can't physically run around and cross the line but what hasn't changed is the drive to be successful," he tells Sky Sports' David Craig during an exclusive interview ahead of his new side's Championship curtain-raiser against West Brom on Friday.

"What I wanted to become as a player was the best I physically could be. That was my driver every day I woke up. I've worked relentlessly from when I was playing, doing my coaching badges at a young age and learning.

He will go up against his former side in another race for promotion but speaks of his pride managing the club for whom he made more than 100 appearances and believes the change in direction was right for all parties.

"Promotion at Fulham was a big achievement for me and my staff and then last year, the disappointment and then of course the change. Probably that change was correct for both parties," he says.

"I don't think anyone could ever question the professionalism and the amount of hours we spent trying to make [Fulham] successful and do the right things, and try to build something which was more long-term.

"Ultimately I understand I'm going to be judged on results - but I always go into the job with a longer-term vision and I'd like to think we did that with Fulham.

"Management's volatile at times, of course it is - but I'm very proud of how we left Fulham, I'm grateful for the opportunity and I'd like to think both sides were in a place where we thought it was the right thing to do." 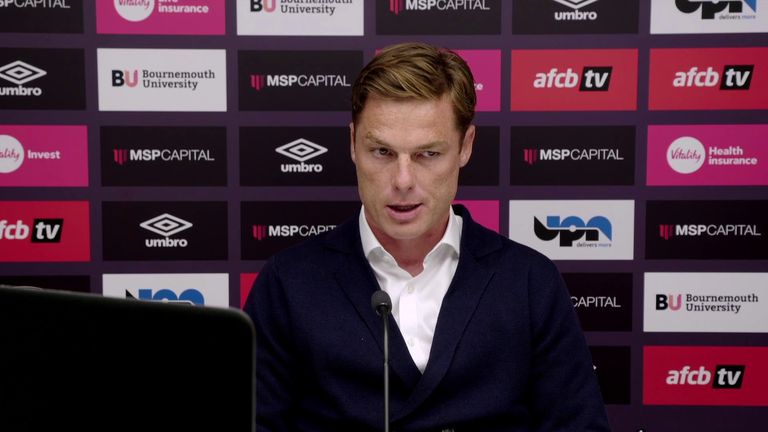 Parker has signed a three-year deal at the Vitality Stadium and he says the fit feels right as he seeks a sustainable path of progression.

"It's about results, I get that, but I feel I'm at a club that understands the dynamics of the game and has a track record in having someone like Eddie Howe, who was here for such a long time.

"Everything about the football club gives me the feeling that me and the team can be successful. I'd like to think that the club understands the processes, that the things you put in place are the foundations to bring success and keep success. I've been here for five weeks - and we'll be tested this season, I'm sure - but I feel like the people at this football club are on the same page.

"Everyone seems to judge these days [on the surface] - you can take a picture and people are judging by what's around you but sometimes it's deeper. There's something deeper in success, I know that.

"You watch the Olympics and see people winning or losing but ultimately, so much work has gone in - their surroundings, their training facilities, the processes they've gone through to get to the point where they've been able to perform like that. Very rarely is there a quick fix. You need stability, you need calmness.

"The rollercoaster of a win or a loss, promotion or relegation or a championship... if that's the be-all and end-all at every football club in the sense you're always reacting and there isn't a long-term vision that gets you that sustainability, then you're always going to be on the rollercoaster." Pre-season games against Linense, Granada and Chelsea were followed by a thumping 5-0 Carabao Cup win over MK Dons ahead of the new league campaign and while Parker admits there is plenty to work on, he has been impressed by the response of players who last season suffered play-off heartbreak.

"I didn't find any disappointment and maybe that's because it was a new manager, a different voice, a new stimulus.

"I've been very impressed during a short space of time by the players' professionalism and demeanour. I've seen players want to get better and tackle this season with hard work and commitment. We're going to need that if we want to get out of the division. It's a relentless league.

"Fundamental and non-negotiable from my teams is a work ethic. Of course there's a lot of detail than just a mentality but that's one of the foundations - an enthusiasm to work, an enthusiasm to get better; coachable players who listen and want to improve gives me and the team the best chance of being successful.

"I saw bits [during the Carabao Cup win]; I also saw bits I didn't like that we need to improve. But it was a 5-0 win, a clean sheet, we attacked at times with real pace and looked at times like the side I want us to be. But we'll keep pushing."

He is excited "looking at a squad list of young, talented players" and while he is philosophical about interest in the likes of David Brooks and Arnaut Danjuma, he is hoping to bolster his squad.

"The hardest thing for me as a player was when that speculation and hype comes; staying focused is sometimes difficult for someone so young.

"While the transfer window's open you're always vulnerable but again, in him [Brooks] I've seen someone who wants to improve and I suspect it's a big season for him."

On Danjuma, he adds: "Arnie's a player of huge quality. I understand the position we're in, second season in the Championship, a little bit vulnerable: an offer may come that's acceptable to the football club and Arnie may not longer be here. But if he is here we have a player who can really help us in this division.

"We're going to need more, definitely. We all understand what financial pain Covid has brought to football clubs. But I think it's fair to say the squad will need a bit more in terms of depth for a relentless division."

Parker is braced for a tough opener against a Baggies side who, like his, fought admirably against the drop last term. But he is determined to have Bournemouth mixing it again at the top of the table.

"Teams coming out of the Premier League will bring financial clout; Sheffield United, West Brom and Fulham, I suspect, will be right up there. But as always this league can throw up surprises.

"I've no doubt it will be one of the most exciting divisions in Europe - that's why we all love it. It will be a tough division this year but one where I'm hoping we'll be right in the mix.

"I want to get this football club back - and then it's about staying in the Premier League. I realise that is a journey. How quick we can do that, how quick we can put processes in place is vital but that's the aim.

"Me, my staff and the players, we want to be doing our business in the Premier League."