VAR: Hibs vs St Johnstone first Scottish Premiership match to use the technology | What does every manager think?

VAR was introduced in the Scottish Premiership on Friday as Hibernian faced St Johnstone; Willie Collum was VAR for the Easter Road clash; VAR will also be used in the League Cup semi-finals and final at Hampden Park

VAR was used for the first time in the Scottish Premiership on Friday when Hibernian took on St Johnstone at Easter Road.

The technology was due to be introduced after the break for the World Cup, but the Scottish FA and SPFL have moved fast to implement it ahead of schedule.

Sky Sports will broadcast the first televised league match to feature the system as Hearts host Celtic on Saturday.

All four 3pm kick-offs that day - Kilmarnock vs Ross County, Motherwell vs Aberdeen, Rangers vs Livingston and St Mirren vs Dundee United - will also use VAR.

Who will be VAR for my team's match?

Willie Collum was appointed as the first video assistant referee for Friday's match at Easter Road, with Graeme Stewart assisting, while Kevin Clancy took charge of the action on the field.

Saturday's match at Tynecastle between Hearts and Celtic, live on Sky Sports, will see Steven McLean take the role of VAR with David McGeachie his assistant and Nick Walsh the referee.

Don Robertson will be VAR as Kilmarnock take on Ross County, Andrew Dallas is in the hot-seat for the Fir Park clash between Motherwell and Aberdeen, Greg Aitken has been appointed for Rangers' match against Livingston while Alan Muir has been selected for St Mirren vs Dundee United.

What will VAR be used for? 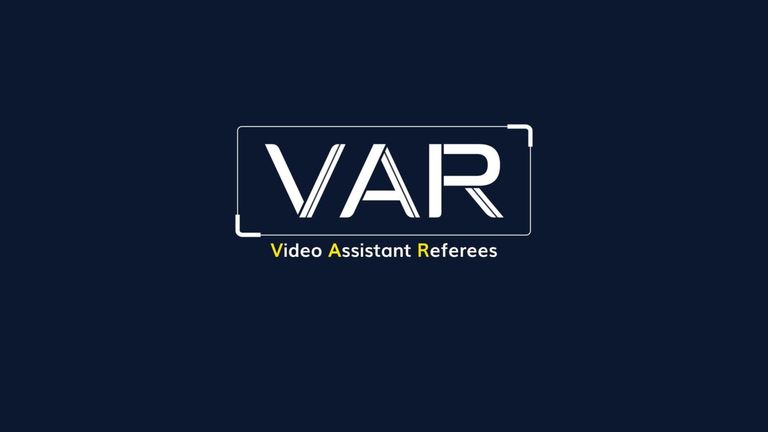 We have seen VAR implemented all over the world across many different leagues so you might know what to expect.

With extra referees reviewing the action, ultimately it is there to give officials more support and ensure any clear and obvious errors are rectified.

The SFA system will be identical to the one used by football's world governing body, FIFA, with the principle of "minimum interference, maximum benefit".

In addition, baselines set out by FIFA for when a review may take place are limited to penalties, red cards, goal situations and any case of mistaken identity. 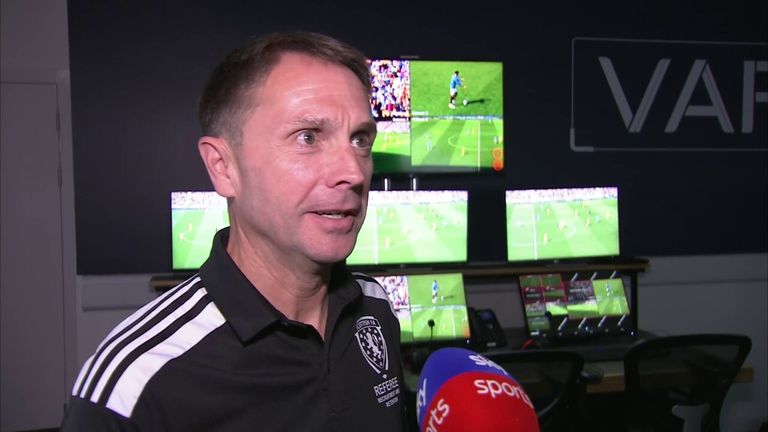 Scottish FA head of referee operations Crawford Allan told Sky Sports News it makes sense to introduce the technology in October with less than a third of matches having taken place.

"I know there's an opinion out there that you need to wait," he said.

"The analogy I've used is that a club in the January transfer window can sign a new player or new players and improve their product on the field.

"They get to improve their product halfway through the season, they also don't get told 'you signed a player on the 10th of January and in February you're going to play a game that was postponed from December so they're not allowed to play,' you can use the new player.

"VAR is my new player. I want to improve my product on the field of play as soon as I can.

"I think it would be nonsensical that we've spent this amount of money, then a manager phones me in January irate that a penalty wasn't given and we're got VAR sitting there and we could've used it. That doesn't make sense to me."

Calum Beattie, SPFL chief operating officer, said: "When 41 out of 42 clubs voted at our general meeting in April to introduce VAR into the cinch Premiership, we said that the technology would be introduced after the World Cup.

"Our clubs made clear that they wished for VAR to be introduced as soon as possible and the Scottish FA deserve real credit for being able to make this announcement ahead of schedule.

"VAR exists to increase the accuracy of refereeing decision-making and while the experience of other leagues demonstrates that implementation will not be straightforward, we are all committed to assisting the Scottish FA to help it bed in as quickly as possible over the next few months.

"Following the announcement of the biggest television deal in the history of Scottish football with Sky Sports, this is yet another step forward for the game in Scotland.

"The cinch Premiership is currently eighth in the UEFA coefficient rankings thanks to the recent success of our clubs in UEFA competitions and this development brings us into line with other comparable European Leagues.

"We would like to thank our 12 cinch Premiership clubs for embracing the process - and the significant financial commitment - and hope that everyone involved will show a degree of patience and understanding in the initial phase."

What does every Scottish Premiership boss think? "I think it's a really positive step. We're a little bit behind the rest of the top teams in Europe, but I'm delighted to see that we're going down that route. I think that is the future if the technology is there to help officials and to make sure we get the correct decisions more often than not, then I think it's vital."

"It's a positive step because you don't want to fall behind the rest of the world and we know it's something that's going to be part of the game for the future. It's great it's coming in."

"From my point of view anything that helps officials, coaching staff and players get correct decisions can only be a positive for everybody."

"Obviously we would've liked it to have come in at the start of the season, but it's understandable the processes and we have to make sure it's bang on. I'm delighted we're getting it and I think it's really important that we have it in Scottish football."

"We had a talk from the referees and the association, particularly on VAR and I think the only question that surprised me was that it was being introduced halfway through the season. Overall I'm looking forward to that justice really because as a manager that's what you want."

"It's not before time to be honest and we're looking forward to having it. I think we'll all feel the strength of frustration with it, there's never a week that goes by without incident, but I do think it's less controversial moments that were maybe there previously."

"We've acted very quickly and had all the infrastructure in place, so we've just been waiting. I think it's been a case of the sooner the better, we've got to go and help the officials."

"I think from the club's point of view it's good that it's being introduced, it's something that's progressive and it's something we want to see. The idea of it getting introduced after the season has started is not ideal, there will be decisions in those early games that could be deciding points and ultimately positions in the league that could be decided before then."

"It's very good for everyone because it will make the decisions the referees make on the pitch even better. It will sometimes be in favour, sometimes it's against you but I think overall it's the most clear way for everyone."

"It is going to cause a lot of conversation and debate but, at the same time, what it's going to do eventually is negate mistakes and the percentage level of mistakes will come down. That can only be good for the game."

"There's no point complaining anymore that it was a handball or it was offside because it's going to be checked anyway, so that's a good thing. I think there's still contentious rules which makes it still difficult for VAR, but it will help get the big decisions right."

"Anything that makes the game better. We've been behind it really in terms of getting it done, but we're finally getting there. I was a big advocate for it when I was previously in Scotland, but having seen some of the ways it's used it's changing the game. Referees do need all the help they can get and if it's a move in the right direction then certainly it'll help the game."

Who will pay for it?

VAR is expected to cost around £1.2m per season and Premiership clubs will pay for the technology with each club's share depending on their final league position.

The training for officials has been carried out by the SFA, with Allan adding that when it comes to allocating funds for VAR, it should be looked upon as an investment rather than a cost.