The goals at the MKM Stadium were two inches too big, leading workmen and staff to saw them down to size ahead of kick-off against Birmingham; the match eventually got under way at 3.20pm, 20 minutes later than scheduled 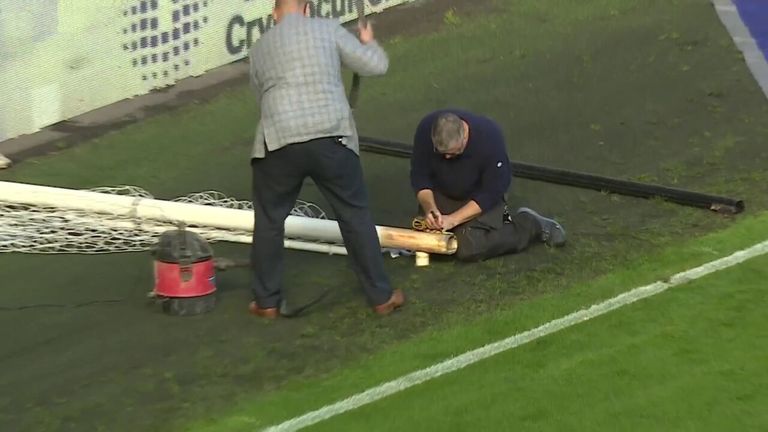 Hull City's goalposts had to be sawn down to size because they were found to be two inches too tall, causing a delay to their match against Birmingham

The tools were out for Hull City's groundsmen at the MKM Stadium on Sunday, with the goals found to be too big ahead of their game against Birmingham.

The goals were two inches too big ahead of the Sky Bet Championship fixture, leading to club staff getting their saws out to make sure the structures met the measurement guidelines.

Referee Leigh Doughty and his officials made the decision around 30 minutes before the scheduled start at 3pm, with kick-off eventually delayed by 20 minutes with the HawkEye system that powers goal line technology also needing to be recalibrated.

A statement on the Tigers' official Twitter account said: "Kick-off this afternoon has been delayed to 3:20pm.

"The match officials have informed the club that the goal posts need to be readjusted and HawkEye recalibrated before the match can start."

Birmingham went on to win the game 2-0 with a Troy Deeney penalty in the first half and Juninho Bacuna's long-range shot early in the second sealing the points.

Blues manager John Eustace praised his players for maintaining their focus despite a delayed kick-off, saying: "It probably helped us, we got a little bit more focused. I thought the first 20 minutes we were very good." 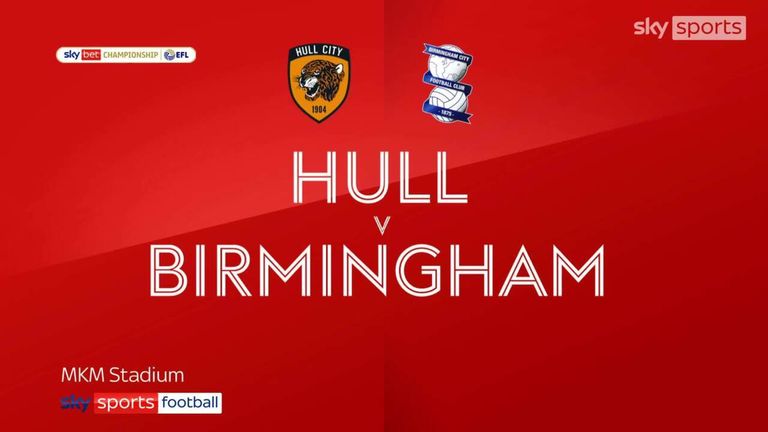 The incident came after Leeds' Premier League game against Arsenal at Elland Road was delayed for a significant period after a local power outage saw the VAR systems temporarily taken offline.

Hull remain a point outside the Championship relegation places, with their start to the season seeing Shota Arveladze dismissed at the end of September. Andy Dawson remains in interim charge.

Birmingham have jumped into 12th place courtesy of their victory, now amassing 19 points.