Fenway Sports Group bought Liverpool in 2010 in a £300m takeover; a report suggests FSG have invited offers for the club and a sales presentation for bidders has been prepared; an FSG statement read: "FSG remains fully committed to the success of Liverpool, both on and off the pitch"

A report in The Athletic claimed FSG, who have owned the club since a £300m takeover in October 2010, have invited offers for the club and a sales presentation for bidders has been prepared.

But a statement from FSG read: "There have been a number of recent changes of ownership and rumours of changes in ownership at EPL clubs and inevitably we are asked regularly about Fenway Sports Group's ownership in Liverpool.

"FSG has frequently received expressions of interest from third parties seeking to become shareholders in Liverpool. FSG has said before that under the right terms and conditions we would consider new shareholders if it was in the best interests of Liverpool as a club.

"FSG remains fully committed to the success of Liverpool, both on and off the pitch."

Under FSG's ownership, Liverpool have won the Premier League, the Champions League, the FA Cup and the Carabao Cup twice. The club have also won the FIFA Club World Cup, UEFA Super Cup and the Community Shield in that time.

Fans group Spirit of Shankly has written to Liverpool asking for clarification on FSG's current position.

A statement read: "We have seen reports today that FSG have put Liverpool FC up for sale.

"Spirit of Shankly have written to LFC for clarification and will await a reply before making comment. We do, however, expect both the Supporters Board and SOS to be engaged in some part of the process so that supporters are front and centre of any sale and the first thoughts of prospective owners."

Earlier this year, Russian Roman Abramovich completed the sale of Chelsea to an investment group led by Todd Boehly and Clearlake Capital in a deal placing the overall takeover value at £4.25bn.

Analysis: No 'for sale' sign yet but investment welcome

"That follows reports that they had effectively put Liverpool up before with the reports suggesting that they are inviting offers for the club with big investment banks Goldman Sachs and Morgan Stanley brought in to assist the valuation process. As of May this year, Liverpool was valued at around £3.89bn by Forbes.

"However [in FSG's statement], they did not address the reports that investment banks had been brought in to see the valuation process.

"But you look at what FSG has achieved with Liverpool here. They spent £300m on the takeover back in 2010 and it's a very different place to what it was then.

"They hired Jurgen Klopp in 2015 and since then, they were able to bring in a much-wanted and much-waited-for Premier League title. There was the Champions League, the League Cup, an FA Cup, a Club World Cup, and a European Super Cup. 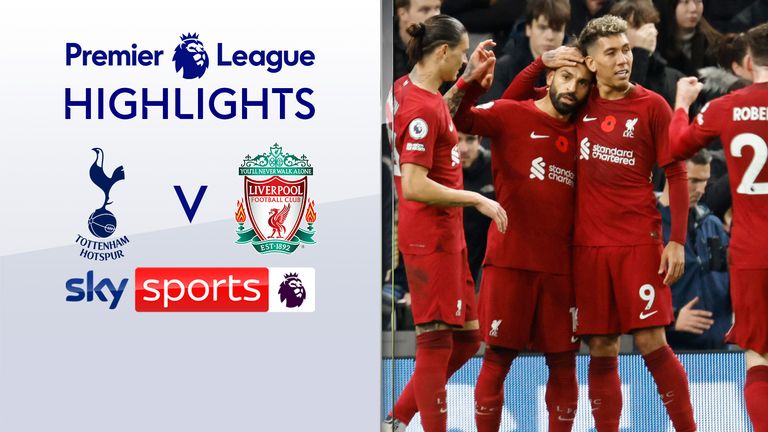 "Add to that, the Main Stand [at Anfield] cost £110m, the £80m Anfield Road development continues apace as well. That encompassed with the Main Stand will see them add around 16,000 seats in terms of capacity from when they took over the club.

"You look at what they've spent in terms of the players they've bought in as well. The likes of Alisson, Van Dijk, Salah, Mane and the players that have gone out - Coutinho costing Barcelona over £130m, Suarez going for £75m as well and further investment this summer with the likes of Darwin Nunez coming in.

"There have been rough moments for FSG as an ownership group too. In 2019, they tried to trademark the name 'Liverpool', which didn't go down well with supporters. They performed a U-turn after the adverse reaction to the proposal of furloughing staff during the Covid pandemic.

"There was another U-turn over plans to raise ticket prices and again, the fans protested and the ownership took note of that. Last year, John W Henry apologised for Liverpool's part in the proposed European Super League.

"As it stands, it's not a case of a 'for sale' sign being outside Anfield at the moment, but of course the reiteration that Liverpool and their ownership group are open to outside investment."

Liverpool's owners 'have got two options'

"I think they have got two options. They can take a minority investment in order to generate some cash. I think there is an alternative viewpoint that Fenway Sports Group could potentially feel that they have gone as far as they can with Liverpool FC

"They bought it for £300m, they can sell it for 12-14 times that amount [now], and they are now competing against sovereign wealth funds - we've added Newcastle into the mix at the top of the Premier League with the wealth of their owners - and it becomes even more of a challenge to qualify for the Champions League when you've got seven clubs going for four places.

"In the short term, Liverpool are in a strong financial position. Fenway Sports Group have run the club really well, they have a break-even model and they have made money in terms of transfer sales in recent years.

"For the transfer market in the very short term, I think the club will be slightly cautious at the same time Fenway Sports Group know that they have to invest in order to be competitive.

"They [FSG] have invested in infrastructure, they have taken this moneyball approach in terms of player recruitment and retention, and that means they have punched above their weight.

"If we take a look at the period since the retirement of Sir Alex Ferguson [at Manchester United] in 2013, Liverpool will have spent half a billion pounds less than any of the other leading clubs, compared to Chelsea, Manchester United and Manchester City.